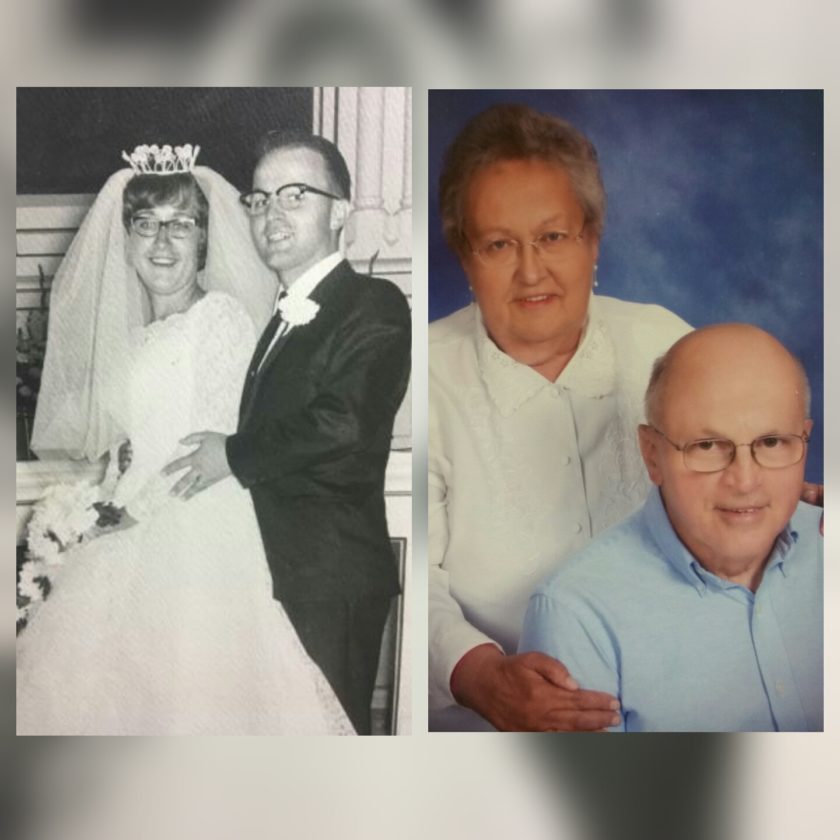 Robert “Bob” and Donna Brooker of Beverly celebrate their 50th anniversary on Sept. 16, 2017.

They were married Sept. 16, 1967 in St. John’s Catholic Church Marietta by Fr. Charles Highland. Their attendants were Sarah Urschel-Schafer and David Brooker.

Donna is the daughter of the late Peggy and John Q. Perry Jr.

Robert is the son of the late Clement and Lucy Brooker.

Mr. and Mrs. Brooker will celebrate their anniversary with a reception on Sunday, Sept. 17, 2017, at St. Bernard’s Parish Hall in Beverly from 2 to 4 p.m.