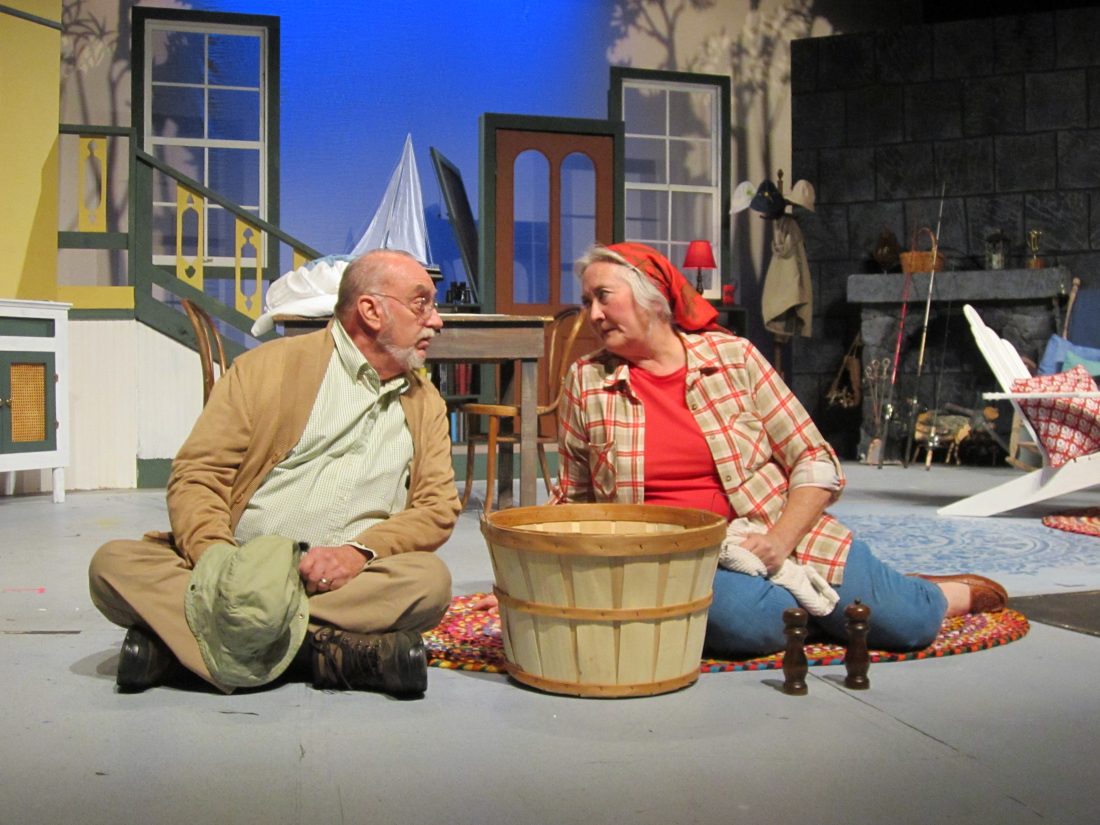 WAYNE TOWNER Special to the Times The Actors Guild of Parkersburg will present “On Golden Pond” featuring David Grande, left, as Norman Thayer Jr. and Tara Polan as Ethel Thayer.

The classic “On Golden Pond” will be presented by the Actors Guild of Parkersburg for three weekends in June.

Tickets are $17 for adults and $15 for students and seniors.

“On Golden Pond” was written by Ernest Thompson. It is a play in two acts about an elderly couple spending their summers in a cottage by a lake in Maine. The husband’s health issues become a concern, as does his difficult relationship with his daughter. When the daughter and her fiance arrange for his son to spend time at the cottage, new life is breathed into everything. “On Golden Pond” is a comedy with some tender, serious moments.

The show premiered as a play in 1979 and was then made into a 1981 movie starring Henry Fonda, Katharine Hepburn and Jane Fonda. Henry Fonda and Hepburn both received Oscars for their performances, as did Thompson for best adapted screenplay out of 10 total nominations.

It is directed by Gregory Merritt with Terri Borrelli as assistant director.

On Saturday, the Guild Builders will hold a carnival fundraiser from 10 a.m. to 3 p.m. at the Guild Playhouse at Eighth and Market streets.

There will be carnival games, prizes, food, photo opportunities with cartoon and superhero characters, a bake sale and more. Admission is $5 per person and includes 15 carnival game tickets. Additional tickets will be available for purchase.