Building being revamped as downtown apartments 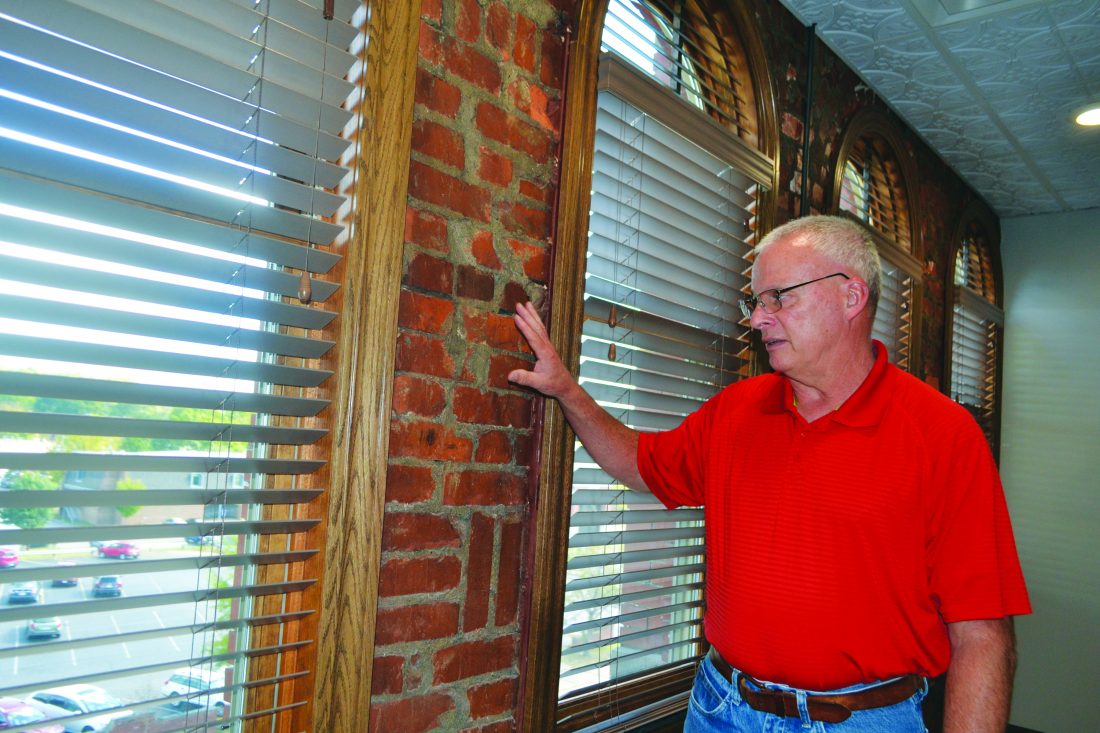 Photo by Michele Newbanks Matt Hilverding, of Rainbow Creek Land and Development, explains the original brick walls in the building could not be properly cleaned as it would destroy the original mortar.

A historic building in downtown Marietta will soon be renovated into apartments.

Only the fourth floor is finished, but the building’s owners, Rainbow Creek Land and Development Co., hope to have renovations finished by Nov. 1.

“The fourth floor is completely finished. The third floor is trimmed and they are finishing drywall on the second floor,” said Matt Hilverding, chief operating officer at Rainbow Creek.

He said they haven’t set the price for the apartments yet, as they are still being renovated, but Silverheels Property Management will be handling the rentals.

Hilverding said he wasn’t sure how old the building was, but it needed extensive work.

“All the windows in the building have been replaced with what are now considered the proper historical-type windows,” he said. “Even for the front, we had to get them approved by the historical society.”

Although the building doesn’t look modern from the outside, as soon as the front door is opened, it is a different story.

The apartments are equipped with all appliances, including the stove, refrigerator, microwave, dishwasher and a washer and dryer. Each apartment also has wood laminate floor, as well as central air and heat, Hilverding added.

“They have the same schemes, with the same countertops, trim and floors,” he noted. “We tried to make the original layout work.”

He noted there was wood trim with a lot of closet and storage space.

“There’s nice sized closets and we made all the shelves to match the trim,” he said.

Although there are modern amenities, there are also historic touches. Several of the apartments will have original brick walls, as well as original beams.

“All the brick we could save, we saved,” Hilverding said. “We wanted to preserve the historical look of the building as much as we could. The beams that did come out were used as wall decorations. Our goal was to save everything we could of the original building while still meeting all the new construction codes.”

He said putting in the elevator was also a costly upgrade, but it was required by code.

It was also required that two parking spaces per apartment are made available. To meet the requirement, Rainbow Development has rented two spots per apartment in the Parking Partners lot.

Hilverding said this was a multi-million dollar investment in the downtown area.

“There’s not a lot of housing downtown,” he said. “We wanted to capitalize on the market.”

He believes this would be a great place to live for people who want access to downtown amenities within walking distance.

“There’s something to do downtown from May through the Sternwheel Festival,” he said. “Plus the First Fridays. We just wanted to have a positive impact downtown.”

“It’s high end and we definitely don’t have enough of that in our downtown area,” said Brenda Hinton, management agent at Silverheels. “There’s just not a lot of inventory. We only have two vacancies now in downtown.”

She said it’s important to have rental units in that area of town.

“I think it’ll be highly sought-after because there’s so much available downtown,” Hinton said. “There are a lot of restaurants and there are banks on every block. There’s shopping in all the quaint little shops and historical churches.”

She said rental property would be highly desirable for a lot of people, especially professionals who work downtown, including some younger business owners.

“Units of that caliber are executive suites, but we’re finding now that this is a younger crowd,” Hinton explained. “There are a lot of younger entrepreneurs in our area.”

Scott Bookman, a member of the Riverside Artist Gallery, said he’s seen the construction work progressing from the gallery, which is next door to the apartments.

“My feeling is that this puts us closer to the way Front Street is set up, where they have some lofts,” he said. “I think it’s going to be a great place to live. It’s been a huge renovation and I think they’re doing a great job.”

Hilverding said although the apartments are not yet finished, people who are interested can call Silverheels Property Management at 740-374-8150 to be put on a waiting list.

In the meantime, he said they are still trying to come up with a name for the building.

“We would like to see if we can trace its roots, and we’re working on that through some of the historical documentation,” he said. 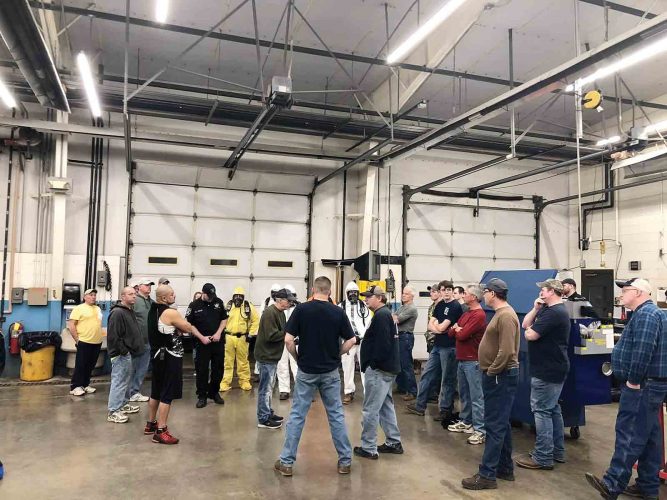 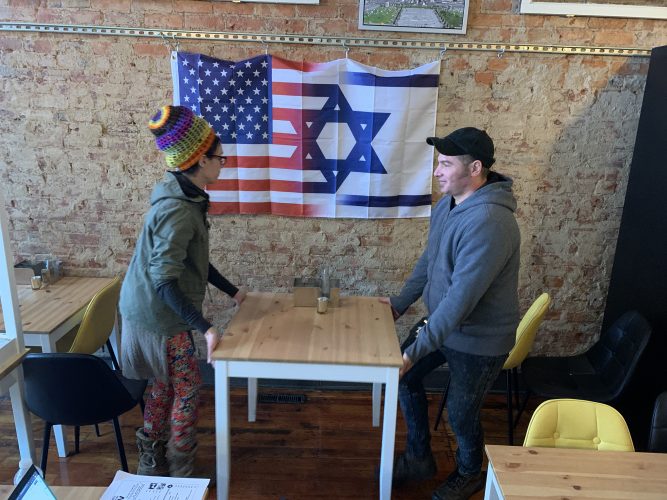 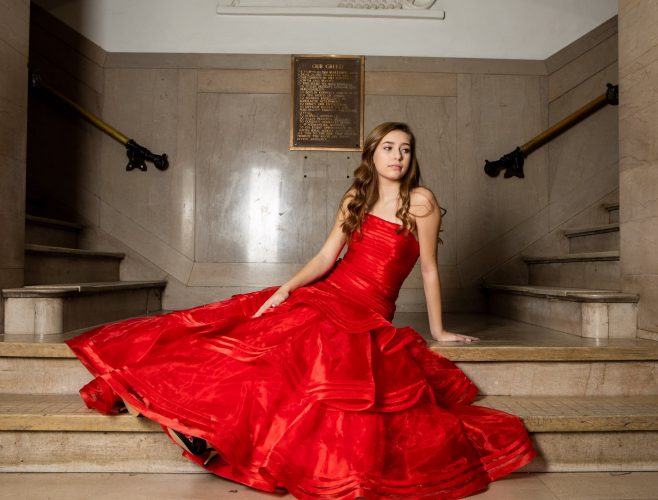 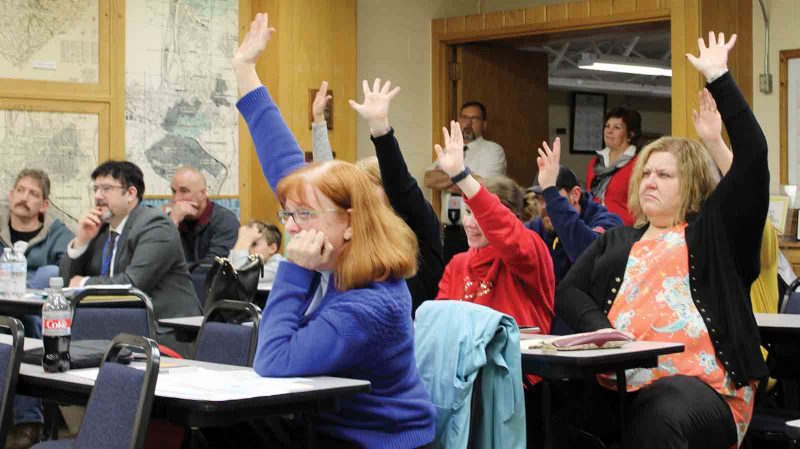