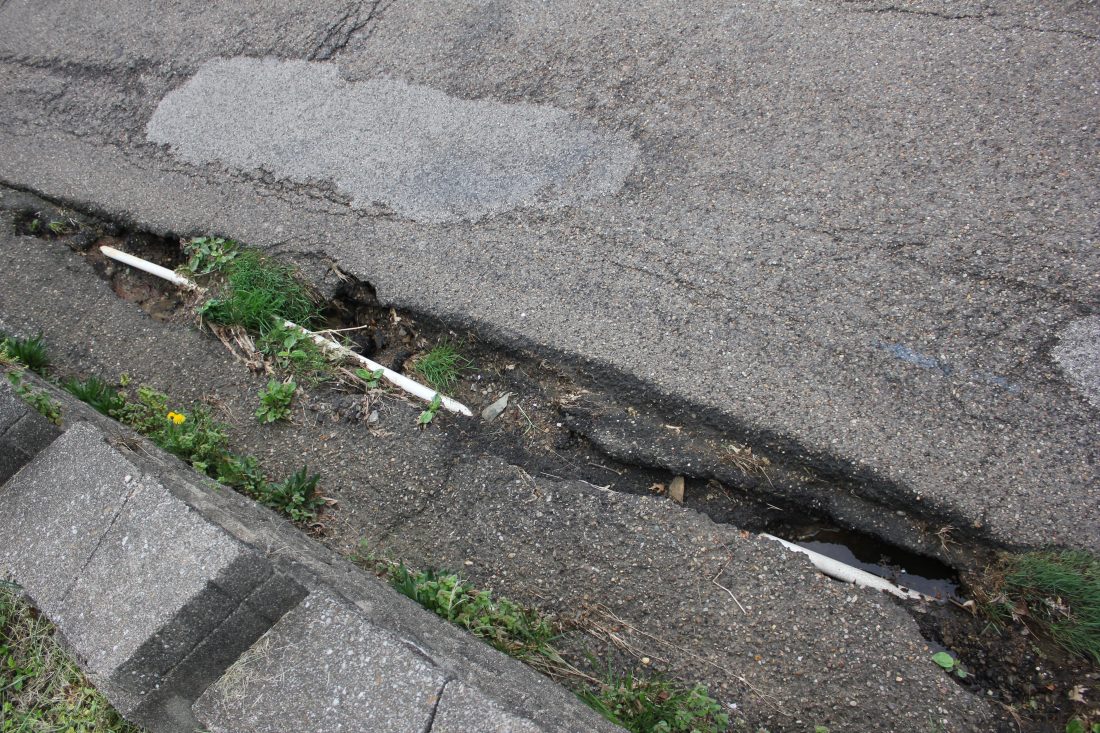 Driving down Lancaster Street from Harmar Hill to Fort Harmar Drive is a bit of a bumpy ride.

“It’s called washboarding,” explained Eric Lambert, the city project manager working on a multi-faceted project to upgrade not only the roadway but what lies beneath.

First, a water line replacement project is anticipated to begin in June–closing the road from Fort Harmar Drive to the top of the hill near Fairview Lane.

Then, stabilization of the hillside will follow in late summer mainly by improving drainage, replacing guardrails and adding raised pavement markers to the road as the whole stretch is paved from hilltop to Fort Harmar Drive.

“Stopping erosion on that hillside is the goal,” explained Lambert. “And water with a hill takes the materials away that we need to stabilize a hill. So it will improve (stability) mainly by drainage so that water can’t carry the road away piece by piece.” 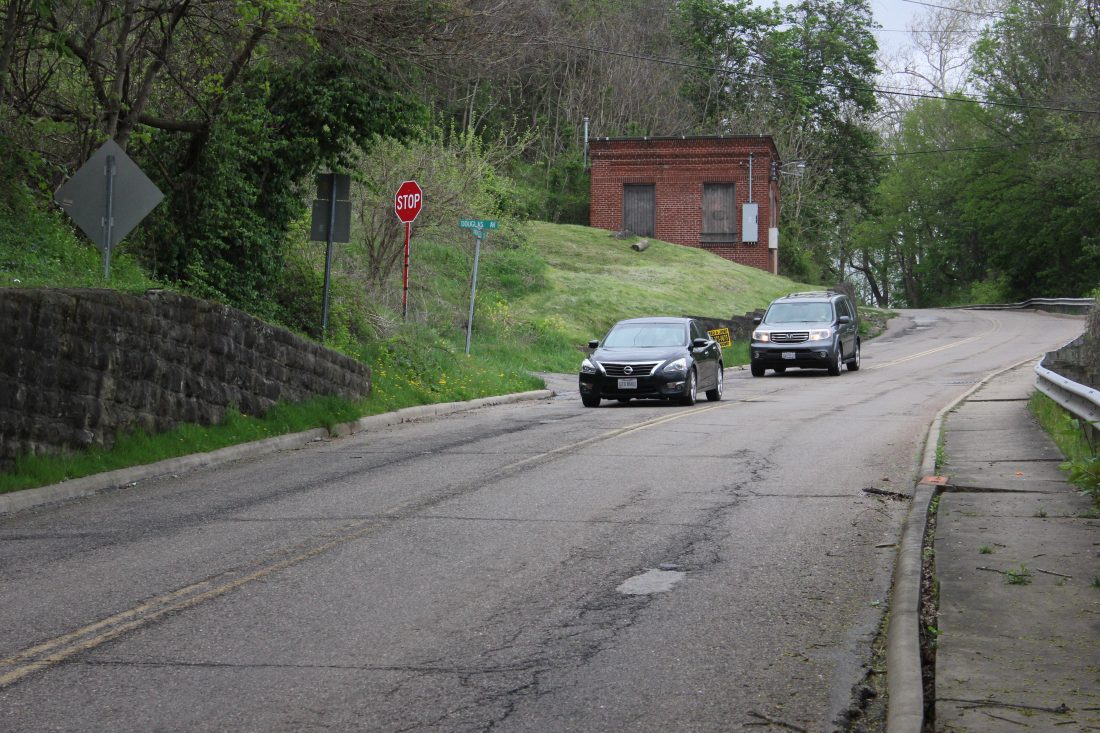 Lambert said the two projects are being prepared to work in tandem and cause the least amount of disruption to travelers of the road, which also serves as Ohio 676 through the west side of Marietta.

“Local traffic will be able to use Pearl Street, Groves Avenue (Slaughterhouse Hill) and Maple Street Extension but the official truck route is all state routes,” explained Lambert, noting that trucking companies who frequent Ohio 676 would be informed of the approved alternate route by the Ohio Department of Transportation once the road closes this summer.

Meanwhile, residents of the hill like Jan Powell and Marietta Mayor Joe Matthews said they don’t mind the predicted inconvenience.

“If it means the hill will be improved and you don’t put your car at risk of losing something underneath with the potholes or with drivers going (left of center) to avoid the ruts, I’m OK with a little detour,” said Powell. “I take Maple a lot already. I would take Lancaster since I live by the gas station (except Lancaster is) so bad.”

Matthews said he’ll likely use Pearl Street throughout the summer.

“It’s smooth, not a bad road and even in winter that’s a good route, not too steep of a ride down the hill,” he explained.

Trucks will be detoured west on Ohio 550 and north on Ohio 339 as an alternative to climbing Harmar Hill since only city and county roads lie between that detour.

Between the water line replacement project and the state route paving, the investment in the hillside is anticipated to reach nearly $2 million, but would be cost-shared between city water funds, city streets funding, state funds with ODOT, regional Wood-Washington Wirt Interstate Planning Commission funds and federal Community Development Block Grant funds for sidewalks.

“The roadway restoration is thicker through that area because it’s not just our normal resurfacing project,” Lambert explained.

• Two projects are planned for Lancaster Street (Ohio 676) this summer.

• A waterline replacement project is anticipated to begin the road closure in June.

• Then the road will be repaved by the close of summer.

• The estimated investment in both projects’ engineering, design and construction is anticipated at just below $2 million.