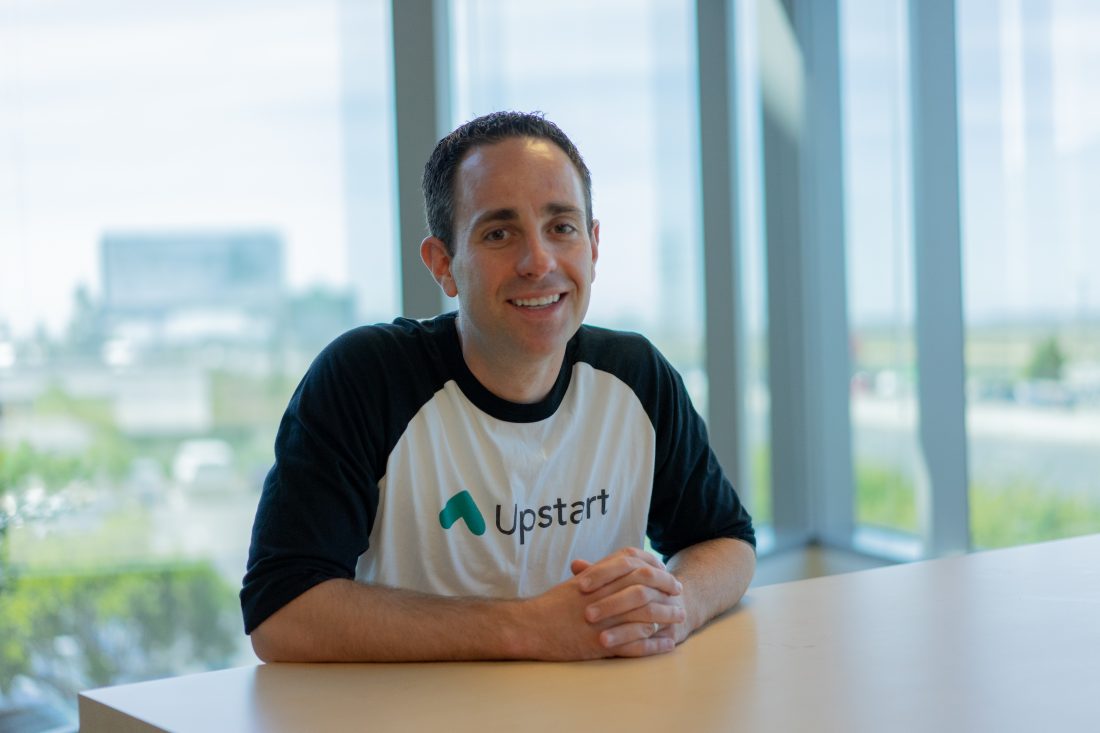 A Frontier graduate has been instrumental in helping a Silicon Valley company settle in his home state of Ohio. Grant Schneider, a data scientist with Upstart, recently became the head of the Columbus office of the company after pitching the area as a second location. Upstart is a tech-driven personal loan company that leverages artificial intelligence and machine learning to price credit and automate the borrowing process.

Schneider has worked for the company for five years.

Question: Can you tell me a little about what Upstart is?

Answer: We’re a marketplace lender and we do unsecured personal loans online. In contrast to the traditional financial institution, we cut out the physical infrastructure to save costs for the borrower and the lender. Our spin on this is a focus on the technology side and making everything state of the art. We help serve pockets of underserved borrowers who have been left behind.

Q: How new is the company?

Q: How did you become interested in working there?

A: I read a news article about the co-founder of the company, who’s now my boss, Paul (Gu). I thought it was interesting that they were doing this new approach to a very old problem.

I had a few personal stories that signaled to me that the credit system was broken. My wife is an immigrant from China and her first credit card had a very small limit that really prevented her from using it, just a few hundred dollars. This was while she was getting her Ph.D and was clearly credit worthy. My dad, in Newport, at the age of 55 or 57 went to apply for his first credit card. He had always paid cash and built his house with his bare hands–he was very traditional and never had debt. He was convinced he needed a credit card for the rewards but he was flat out denied because he had no credit history. It led me to realize that everyone was using a past-looking formula and this is a forward-looking model. So, I cold emailed the company and then came to meet everyone, moved from Columbus (to California). It was a wild ride.

Q: What’s your role within the company?

A: I’ve spent five years transitioning between a couple of roles. Our data scientists try to provide the best rates we can and in the early days I would help build models of who’s credit worthy and who’s not. We would also create fraud models, of who’s exaggerating their education or income and we have marketing models. We had some early success and the team grew so I transitioned to managing other team members. My new role will be leading the Columbus office.

Q: I understand you were instrumental in steering the company to Ohio. Why was that?

A: Having spent 10 years in Columbus and all my life in Ohio, I definitely had a personal connection that made it more than about business. Once I started building the case for it then the city and state sold itself. There are great universities, which means access to tech talent and an existing financial industry. We hope to be selling our product as a service to traditional financial services, so that was important. The warm welcome we got from everyone we interacted with was quite refreshing…even the start-ups that we’ll be competing with when it comes to hiring were very welcoming. They recognized that a rising tide lifts all ships.

Q: When will the Columbus site be open?

A: We’re in a temporary workspace today and plan to be in a permanent spot before the end of the year.

Q: How many employees will there be?

A: We would like there to be 100 by the end of the year and a couple hundred more after that.

Q: You said the company focuses on serving the underserved. Can you tell me more about that?

A: Our model looks at pockets of borrowers left behind. The common example is someone who doesn’t have a long credit history, like many recent college graduates. We’re really looking for those different pockets and we’re finding more and more of them.

Q: What’s your favorite part of the job?

A: I think it’s the opportunity to constantly learn new things. Trying to tackle a really hard problem leads us to regularly test hypotheses and challenge our assumptions so we’re able to learn at quite a fast pace. When I was doing my Ph.D I did a lot of research and that was something I loved. Getting to do that on the job is great. I work for people who understand that not everything we try will work but that there’s a value to the research. When it does pay off, it can have great rewards.

¯ Education: 2004 Frontier High School graduate; Bachelors degree in finance and honors accounting, masters and doctorate in statistics, all from The Ohio State University.