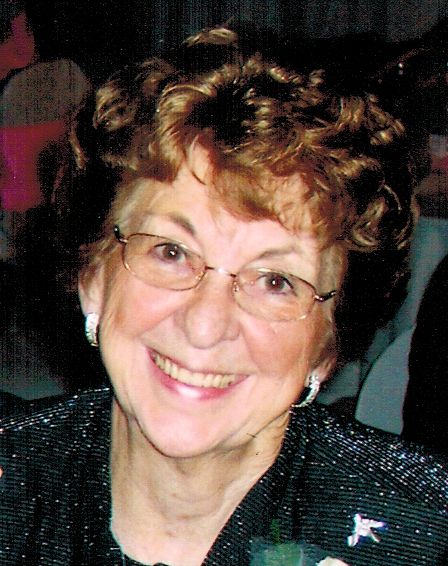 Anna Mae Pottmeyer Strahler, 92, of Marietta, Ohio, went home to be with her Lord and Savior Jesus Christ on Monday, September 16, 2019, at her home surrounded by her family. She was born March 25,1927, to the late Ralph and Helen (Huck) Pottmeyer in Lowell, Ohio.

She attended Lowell High School, worked as a telephone operator at Ohio Bell in Marietta and worked as a desk clerk at the Lafayette Hotel while her husband served in the Korean War.

Along with being a Homemaker, she was a lifetime member of the Basilica of St. Mary of the Assumption, an active member of the Catholic Woman’s Club and was on the RCIA team for over 20 years.

She is survived by three brothers: John (Sharon) Pottmeyer, Larry (Linda) Pottmeyer, Gary (Denise) Pottmeyer and one sister, Margie Chrissan, and many nieces and nephews.

She is preceded in death by her parents, her husband, five brothers: Ralph Jr., Robert, Cecil, Eugene, Joe, one sister, Patty Car and one grandson, Dalton Ray Quimby.

Anna Mae’s joys of living was her strong faith in God, taking pictures of her precious family, sewing, flower gardens, birds and preparing big dinners for her family with the request for Meme’s noodles as a must. She so enjoyed time spent with her beautiful family and friends.

In accordance with Anna Mae’s wishes, she will be cremated and be taken to the

East Lawn Memorial Park. Funeral Mass will be celebrated at 10:00 am on Saturday October 5th at the Basilica of St. Mary of the Assumption with Monsignor John Michael Campbell officiating. Friends may greet the family after Mass in the Social hall after the service. McClure-Schafer-Lankford Funeral Home is assisting the family and messages of sympathy may be sent at www.Lankfordfh.com.

In lieu of flowers Anna Mae would like you to donate to Saint Vincent de Paul.