Ringing in the Spring 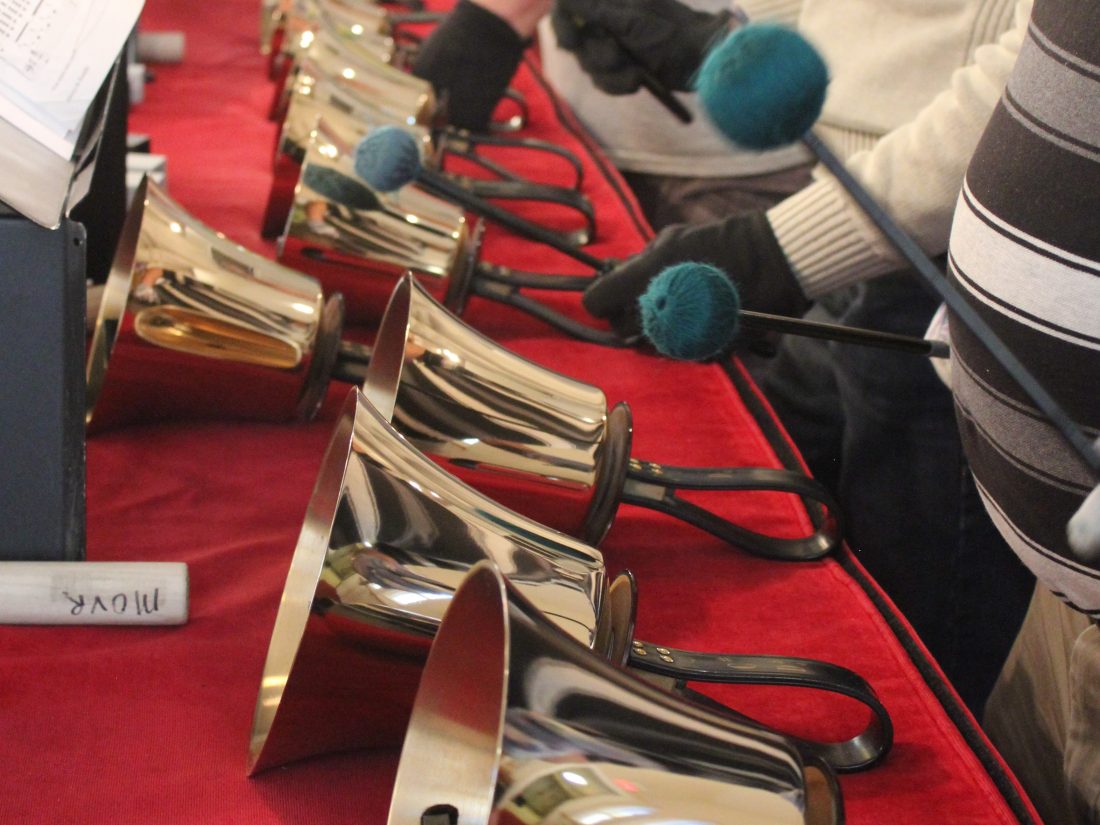 For nearly three decades, area bell ringers have gathered at least once per year to offer a joint performance.

“Originally this gathering of the different groups was at Christmas time,” explained Director Denise Holmes on Tuesday before a rehearsal of the Mid-Ohio Valley Ringers in Vienna. “But we’ve been doing this so long it’s grown and shrunk and grown again over the years with different groups joining and we’ve pushed it for at least 20 years to the spring.”

The 29th annual Spring Ring will take place Sunday evening at the Basilica of St. Mary of the Assumption, joining together four hand bell groups for one night.

“We usually have the ringers from St. Mary’s too but many are traveling,” she said. “Thankfully their organist John Ontko still plans to play with us and we’re blessed the church is allowing us to perform there again this year.”

On Sunday the Catholic church will resonate with the tunes of Jubilation by Fred Gramann and other hymns.

“Since the handbells are mostly played in church settings we wanted to provide the groups with songs they could also play in their congregations throughout the year,” explained Holmes. “But the one secular piece we will perform is ‘America the Beautiful,’ then other more showy tunes like ‘Dancing Queen’ and things we save for other venues outside of church.”

Jimmy Sundquist, 29, of Little Hocking, plays not only with the Mid-Ohio Valley Ringers, but also with his church in Parkersburg.

“I started ringing when Jane (Irvine, of Artsbridge) was my music teacher at Little Hocking,” explained Sundquist. “Then I started subbing with this group when I was in high school. But I keep ringing because it’s such a unique instrument and it’s fun to get together with these groups and play.”

Irvine said she started ringing in 1980 with Dr. Ray Lowther and loved to teach the instrument to students because it was inclusive and accessible.

“It’s a great ensemble instrument and was wonderful for the seventh and eighth graders I taught,” she said.

Holmes explained that most ringers are in charge of two bells on a musical staff, and the associated sharps and flats that go with those two notes.

“Well, unless you’re like Jimmy and have handfuls,” she smiled.

The program Sunday is to be preceded by the only joint rehearsal of all four groups, she said.

“We’ll practice together only once beginning at 1 p.m., but each group has had the music for months to practice at home so hopefully all we need to brush up is following my lead,” Holmes continued. “Then we start the performance at 7 p.m. and it will last about an hour with the different groups offering solo pieces between the collaborative ones.”

The performance is free and family friendly.

¯ Where: Basilica of St. Mary of the Assumption, 506 Fourth St., Marietta.

¯ Who: Bell ringers from the following groups will perform together between solo performances by each group.

¯ The event is free and open to the public.

¯ The performance is expected to last about one hour.