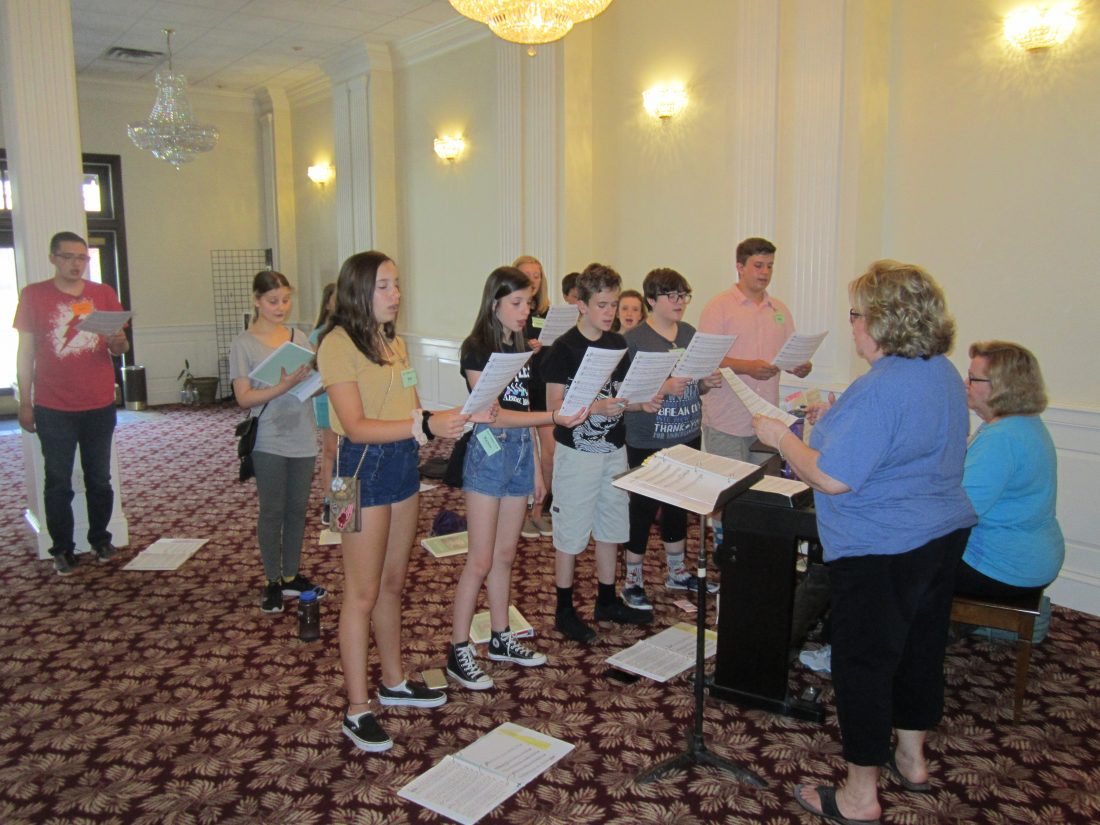 PARKERSBURG — The annual Camp Vaudeville program is underway this week at the Smoot Theatre in downtown Parkersburg.

About 38 local children began Monday and will work through the week to learn about theatrical history and the days of Vaudeville.

The camp continues into next week before culminating in a live show presented by the children at 7 p.m. Tuesday. Tickets are $8 for adults and $5 for children.

This year’s theme is “On the Sidewalks of New York.” The camp is for children who will be in second through ninth grades and runs each morning through next Tuesday at the Smoot at 213 Fifth St. This week’s classes include acting, art, dance, history, music and technical theater.

Smoot director Felice Jorgeson said this is the 30th year for the Camp Vaudeville program and they work each year to make improvements and changes. This year features new activities nearly every day, including a fashion show highlighting clothing from the 1910-1920 period this year’s camp is focused on.

Beyond the music, fashion and arts of the era which is being studied, Jorgeson said Camp Vaudeville also teaches the children about the history of the period.

“We’re getting better at pinpointing a period and making everything pertinent to that period. They go out of here with a lot of songs and dances and things like that, but they’ve also learned about the history,” she said.

Camp Vaudeville draws young people from throughout the Mid-Ohio Valley. Marietta resident Maeghan O’Neill, 13, has been coming to the camp for six years, with this being her final summer as she ages out.

O’Neill is active in youth art and theater activities throughout the region but especially enjoys Camp Vaudeville and what it has to teach her.

“The people, and me learning new things every year, has made me want to come back and learn more,” she said.

“I learned to communicate with people better and how to make friends –I used to have a lot of issues with that — and just more involvement in the community. This place has given me chances in other places and it’s just a really great time,” O’Neill said.

While he is an older student, Aiden Klinger, 13, of Belpre, is participating in his first Camp Vaudeville program this week. Also active in other area youth programs, he decided to do the camp after becoming involved in the Missoula Children’s Theatre program and the youth vocal ensembles at the Smoot.

Klinger agreed that Camp Vaudeville offers more of an educational experience than some of the others, which generally involve work and rehearsal toward a specific performance. The Camp Vaudeville program offers more learning and instruction in a general sense.