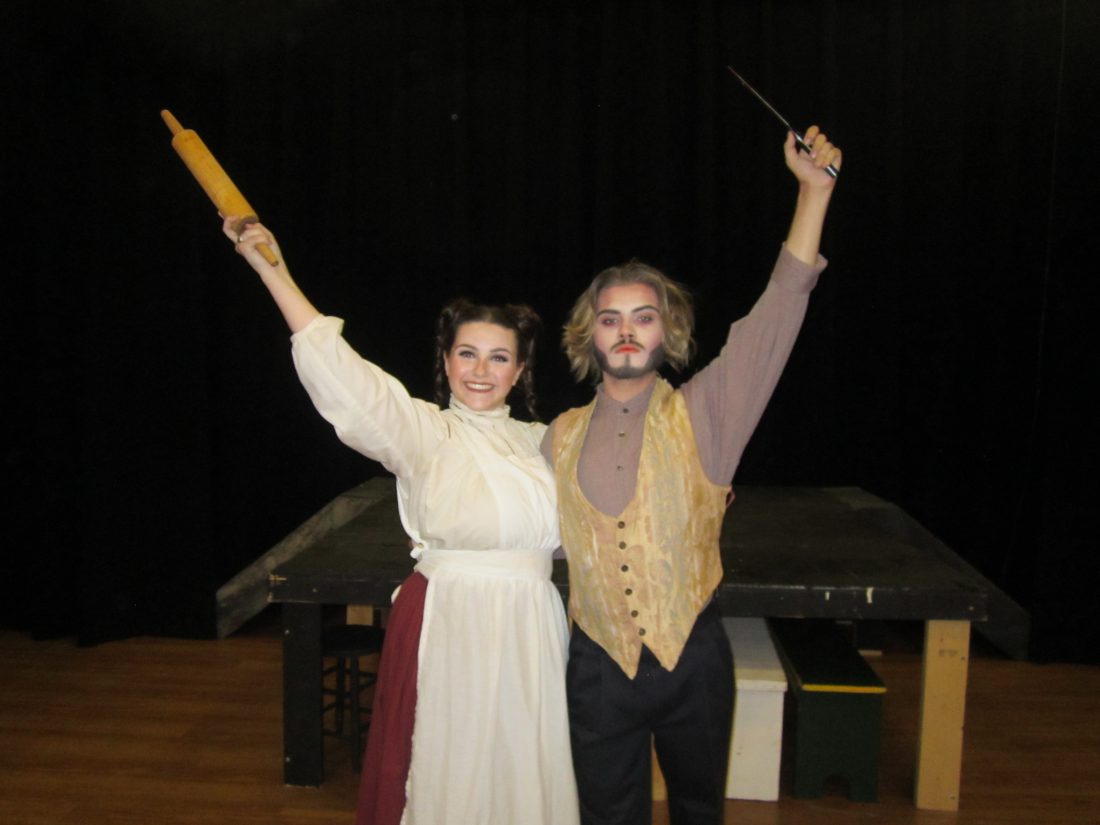 A teen version of the popular musical “Sweeney Todd” will be brought to the stage by the Guild Builders Teen Program next week.

Tickets are $12 for adults and $6 for students. The performance features some adult language and situations. The Little Theatre has 140 seats. Tickets can be purchased by visiting actors-guild.com/buy-tickets.html.

“Sweeney Todd” has become a worldwide success since being awarded eight Tony Awards (including Best Musical), for its Broadway premiere and has now been adapted for high school performers in “Sweeney Todd School Edition.” It was written by Stephen Sondheim and Hugh Wheeler (A Little Night Music, Pacific Overtures).

In the tale, Sweeney Todd is an unjustly exiled barber who returns to 19th-century London seeking vengeance against the lecherous judge who framed him and ravaged his young wife. The road to revenge leads Todd to Mrs. Lovett, a resourceful proprietress of a failing pie shop, above which he opens a new barber practice. Mrs. Lovett’s luck sharply shifts when Todd’s thirst for blood inspires the integration of an ingredient into her meat pies that has the people of London lining up.

Guild Builders, which performs one large production each season at the Guild, is a free theater program for any student in the Mid-Ohio Valley in fourth through ninth grades. The Teen Program, now its third season, is also free and includes those in ninth through 12th grades.