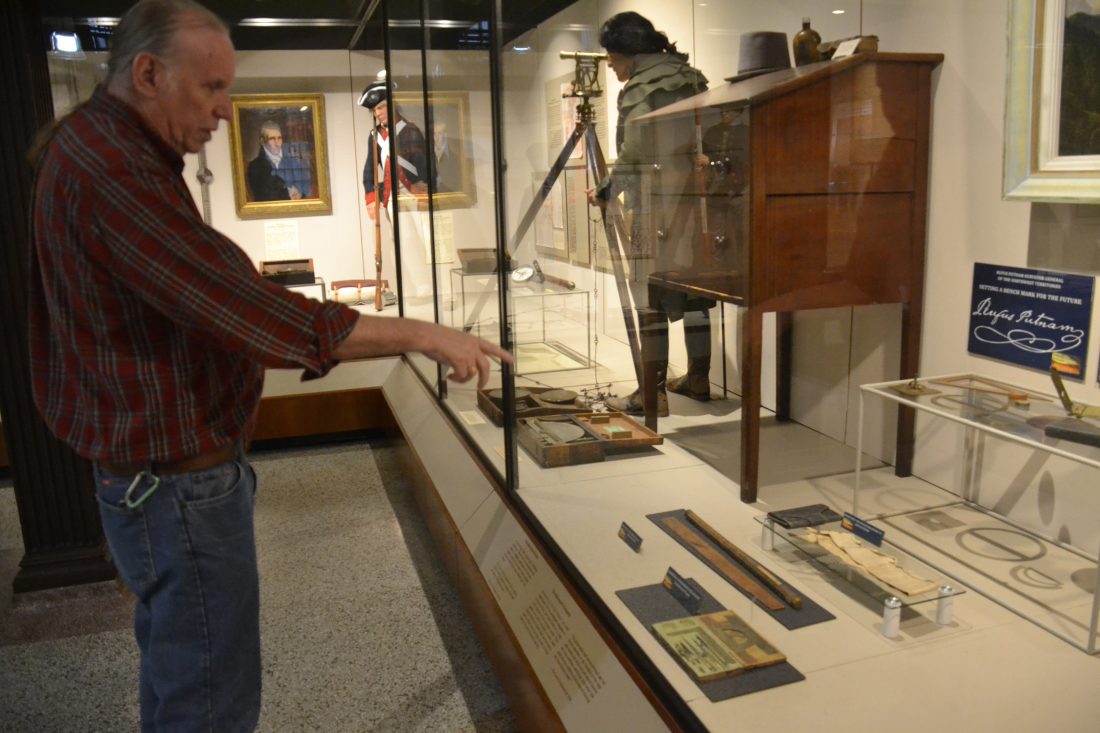 Published in May, David McCullough’s book about the founders of Marietta, “The Pioneers,” continues to have effects in the city.

An Insider’s Tour at the Campus Martius Museum Saturday afternoon will offer some deeper insight into the characters that drew McCullough’s attention as he researched the people who established the city more than two centuries ago.

“Part of the tour is taking the group through the exhibit and offering a perspective of what it was like to work with David McCullough,” said historian and exhibit director Bill Reynolds.

McCullough was exacting without being invasive, Reynolds said.

“He likes to explore the places he’s writing about, and he made several trips here. He also asks difficult questions,” he said, explaining that part of McCullough’s objective in the book was to get at the personalities of people who played critical roles in determining what Marietta’s future would become.

“For example, you have Manasseh Cutler, a doctor, lawyer, educator, who was always writing. And then there is Rufus Putnam, who had virtually no formal education,” Reynolds said. “Cutler was the enabler, and Putnam was the facilitator. One had the vision, the other had the stamina and fortitude to make that vision happen. Each needed the other.”

Since McCullough completed his book, more artifacts have come to light, Reynolds said: A pencil drawing of Rufus Putnam, a series of watercolor paintings by Dr. Samuel Hildreth depicting the metamorphasis of a butterfly. Hildreth was an influential naturalist in Marietta’s early days, and the paintings were of special interest to McCullough, who is a watercolor artist, he said.

Reynolds said that McCullough, who has won multiple Pulitzer prizes for his historical writing, is an unassuming, pleasant and perceptive person to work with, a man who had many encounters with ordinary Mariettans during his time researching The Pioneers and always gave the people he met the full benefit of his attention.

The book has driven immense interest in Marietta, Reynolds said.

“That book really brought a lot of people here, still is. Our numbers (admissions to Campus Martius) are way up, and not just from local interest,” he said. “We’ve had people from the deep South, the West Coast, everywhere.”

¯ What: An Insider’s Tour

¯ Theme: A deeper look at Rufus Putnam, Manasseh Cutler and other historic characters profiled in David McCullough’s book, The Pioneers.

¯ Cost: $10, reservations recommended – the event will be limited to 20 participants.