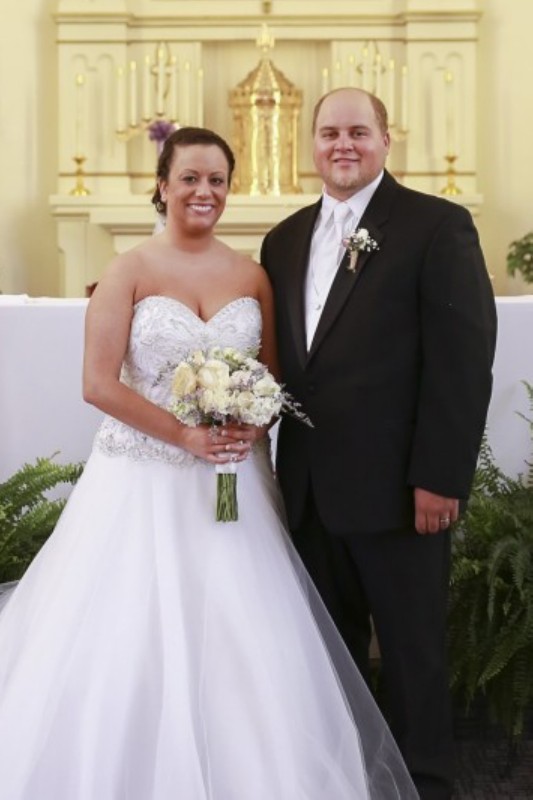 Ashton Leigh Biehl and Ryan Alan Tornes were united in marriage on June 25, 2016 at Saint John the Baptist Catholic Church in Churchtown. The ceremony was officiated by Father Virgil Reischman.

The bride is the daughter of Kevin and Michele Biehl of Marietta. She is the granddaughter of Lloyd and Truda Hartshorn of Reno, Frances Tidd of Dexter City, and the late Eugene Biehl of Whipple. She is a 2010 graduate of Marietta High School, graduate of Washington State Community College, and is currently completing a Bachelor of Applied Science in Business Administration at West Virginia University at Parkersburg. She is currently employed at EVE Incorporated.

The groom is the son of Marsha Tornes of Churchtown. He is the grandson of the late Paul and Rita Archer of Harrietsville. He is a 2009 graduate of Fort Frye High School and received a certificate from the Hobart Institute of Welding Technology. He is currently employed by the Ohio Department of Transportation.

The bride wore a strapless Mori Lee ball gown, the bodice was decadently beaded and embroidered with crystals and pearls. She carried a white bouquet of roses, carnations, and limonium wrapped in a satin ribbon.

The best man was Jarrod Eichhorn. Groomsmen were Josh Biehl, cousin of the bride, Michael Fulton, Cole Pottmeyer, and Eric Wesel. The ring bearer was Brevan Templeton, nephew of the bride. Ushers were Heath Templeton, brother-in-law of the bride, and Jarrod Arnold.

The ceremony included readings by Eric Marshall and Jeremy Clift, cousins of the groom. Norma Dennis was the instrumentalist and Jessica Pottmeyer was the vocalist. Guests were registered by Brianna Hartshorn, cousin of the bride, and Alison Roach.

The reception was held at the K of C Hall in Churchtown following the ceremony. The couple honeymooned in Punta Cana. They reside in Marietta.