The best in blues

Musical acts ready to compete at the Lafayette 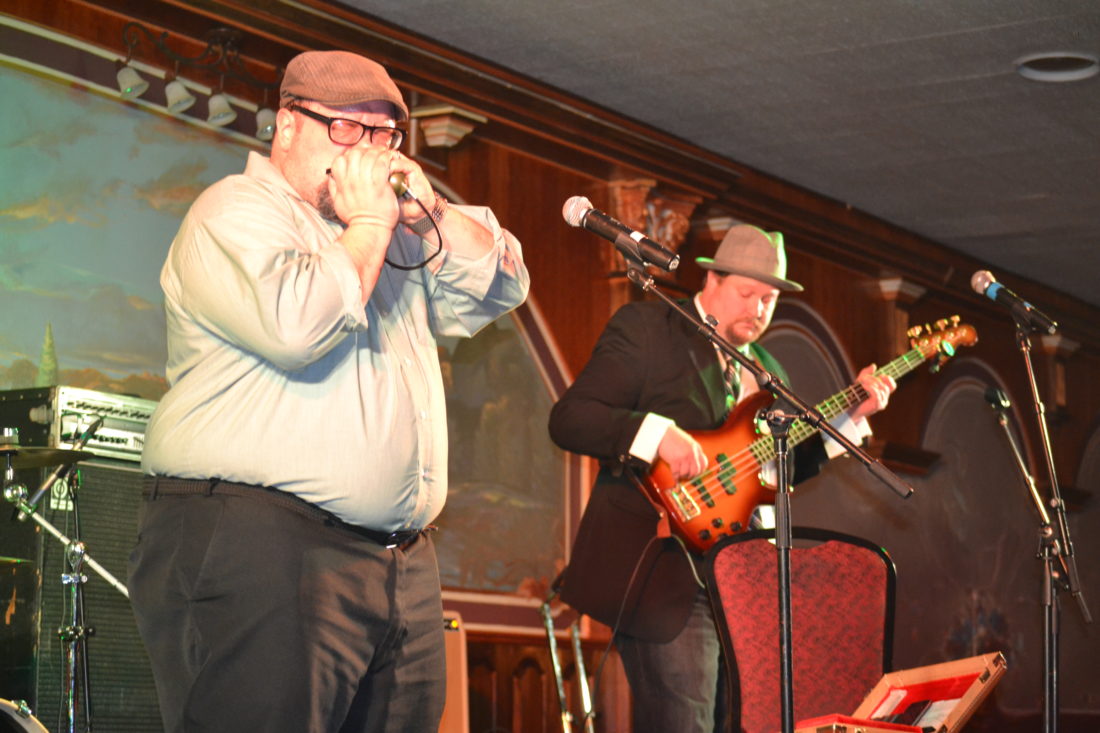 Harmonicas, bass guitars and soulful music filled the Lafayette Hotel for the 25th annual River City Blues Competition Friday night. Acts that made it to become semi-finalists at the International Blues Challenge took the stage playing hits from the blues era including Stevie Ray Vaughan and Double Trouble’s famous hit “The House Is Rockin’.”

“This is a very family-oriented weekend,” said Lesa Hunter, board member for the Blues, Jazz and Folk Music Society. “My kids grew up at this place.”

Bands and soloists compete for sponsorship to the International Blues Challenge (IBC) in Memphis, Tenn. The first place winner of the River City Blues Competition will receive $1,000 cash and $500 more when they register to compete in the IBC. At IBC, musicians will gain full exposure to record label representatives and blues industry professionals.

The competition wouldn’t have gotten started without the help of long-time BJFM president Steve Wells, who was honored Friday.

“Steve passed on the love of music and the love to see kids grow,” said Marietta musician Mark Doebrich. “Steve had to do things real big and thank goodness he did.”

A short tribute was held prior to the kick-off of the competition for Wells as he passed away a few weeks ago. He spearheaded the event and everyone in the BJFM community commemorated him for all he’d done over the years.

“We got together in 2014 but things didn’t really kick off for us until about this time last year actually,” said Jason Marquez, harmonica player and lead vocalist for the band. “IBC was such an amazing experience. We will still text each other pictures and talk about how that really happened. It was really fun.”

The band is based in Columbus and got its start after the members found each other playing in church and worship bands.

“Brad and I were always talking about music and a year later he asked me if I wanted to start a band,” said Marquez about drummer Brad Frost.

Frost joked that they found their bass player, Scottie Walton, on the Internet.

“He answered our Craigslist ad about a bass player,” said Frost. “And here we are.”

The band made it to the semi-finalist round at IBC and continue to play in venues when invited.

“Brad is like our den mother, he has his finger on what we are doing and where we are going,” said Marquez. “We are basically four versions of Shrek playing. We are a suburban, middle-aged, dad band and we love it.”

Walton added that they always have a good time.

“We laugh and carry on while on stage,” he said. “You’ll never see us not having fun up there.”

The event continues Saturday. The actual competition begins Saturday at noon and carries on into Saturday evening. Performers will play until 6 p.m. and then the winners will be announced, with more performances to follow.

“This weekend really represents the heart and soul of the blues competition,” said Hunter. “The people that come and perform go places after this. Competition weekend is like the grassroots satellite of the blues foundation. This isn’t just a little hometown gathering.”

¯Where: The Lafayette Hotel.