Parents speak up at public meeting 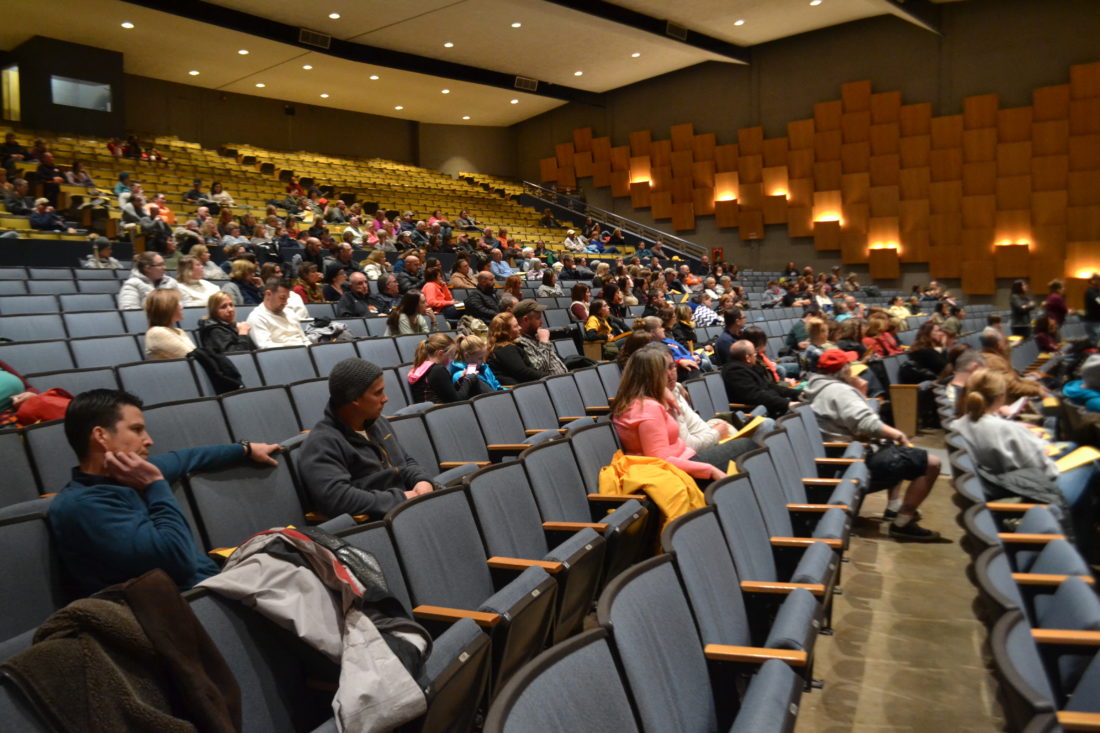 The administration of Marietta City Schools got its first chance Thursday night to harvest a broad community response to a proposal to remake the elementary school system.

The meeting in the Marietta High School auditorium drew more than 200 community members, with up to a dozen at a time lined up to speak at the microphone.

The proposal, which arose out of concern about getting kindergarten and first grade students off to a better start in the system, would consolidate grade levels and assign each to one of the district’s schools. In the options presented by the district, one of its four elementary schools — Putnam or Harmar — would be closed.

The change would have major impacts on parents and students, and parents questioned officials sharply after superintendent Will Hampton and curriculum director Jona Hall finished a slide show spelling out the proposals.

Transportation got the most attention. The proposed system would leave few elements intact, moving all kindergarten students and possibly first graders to one school, second and third graders to another, fourth and fifth graders to a third.

The district has proposed a single-route bus system to make the change, meaning that one bus would pick up all students of all ages on each route. Hampton also said the system would allow all schools to start sessions at the same time.

Parents who drive their children to and from school were confounded, with one from Harmar Elementary saying he wasn’t opposed to the overall plan but it would make it necessary for him to be in two places at the same time.

“I don’t want my seven- or eight-year old hanging around outside the school without supervision,” he said. Hampton said it might be possible to open the school doors before classes start to allow kids indoors while they wait.

One parent with two children in the system said she supports the proposal, or at least the intention behind it. “I come from Cincinnati, and I went to one of the better community schools there. It pains me to see we don’t have that here. This proposal sounds like a step forward to give our kids something better than we have,” she said.

The audience applauded, as it did at other points during the evening when critics spoke against the plan or questioned its merit.

A Putnam parent said she felt that having a school close to her child’s home was important because it keeps parents more involved and creates a strong sense of community, something we stand to lose.”

Hall, who at one time was the principal at Putnam, said that although teachers from all grades meet for a full day each year and less formally on other occasions, “four schools is still a challenge, they are still in separate silos no matter how hard we try to align.” She also noted that the schools have unequal access to federal title money because of their disparate student demographics, and the realignment could result greater federal support.

One Putnam parent said he was content with the way the schools are operating now.

“I think the status quo is pretty good,” he said. “You should be proud of what you’re doing. My concern is that you are doing this purely on academics and metrics, and I don’t want you to forget the things beyond the books and the grades.”

Katie McDaniel, a parent with children at Washington Elementary, expressed skepticism about the merits of the ideas driving the proposal. She said that although the administration has said it would reduce problems for students who now would transition from one school to another when they move inside the district, the proposal would have all the children in the district transitioning every two years.

“The pros don’t outweigh the cons,” she said. “You don’t have a lot of research, and it feels like an experiment.”

Board member Russ Garrison, who was part of the panel onstage, said he originally got the idea moving in September after analyzing the data for the district going back several years, with the conclusion that the district needed to focus on preparation of its youngest students.

“It’s very consistent that 60 to 65 percent of our students are getting to grade level expectations,” he said. “I feel a strong drive to figure out how we do a good job for more than 60 percent of our kids.”

“The underlying goal is, how do we get a kid started well,” he said. “The data shows that if they start well, they continue well.”

Board president Doug Mallett was not at the meeting, and said afterward that he had been advised that because it was not called as a special meeting of the board, under open meeting regulations no more than two board members could attend.

“The big thing is, we’re not going to vote on this in January,” Mallett said. “Most people would agree there needs to be more study. There’s merit to possibly clustering kids in grades, and once we get something as a board we’ll reach out to the community. We’re not going to just jump to some conclusion.”