Teen of the Week: Teen vocal about his future 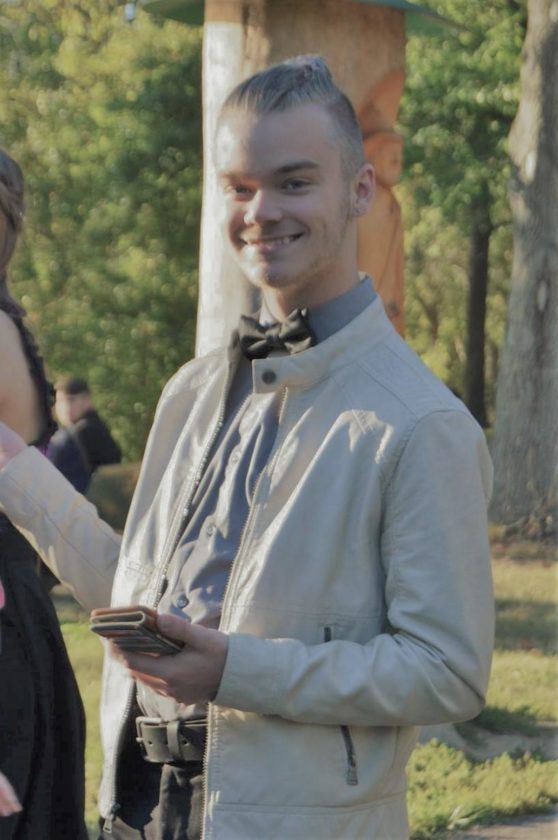 Set to star in and provide backstage management in both “Shrek the Musical” at Marietta High School and “Annie” at Marietta College in the coming months, Marietta High School junior Bayden Hoblitzell is busy on stage and off. Having just realized his passion for singing in the last couple of years, the teen said neither the productions or his time with the school’s Vocal Point performance group feel like work.

“I just hope when I’m singing that the audience can feel the emotions I’m trying to convey,” he said. “That’s the most important thing when it comes to music.”

Question: What are your interests and hobbies outside of school?

Answer: A lot of them are in the singing area. I’m a member of Vocal Point. This is my second year and along with that, I have a part in the all-school musical this year, which is “Shrek the Musical.” That’s going to be on March 2, 3, and 4. I’ll also be doing an internship at Marietta College from February to April helping with the musical “Annie.” I’ll be part of the backstage crew. It will be my first time working with the college.

Q: I would imagine an all-school musical takes a lot of time. What’s your role?

A: I’m part of the cast but I’m also doing backstage managing. Probably in February we’ll start practicing every day but right now we’re meeting for about eight hours a week.

Q: Do you have a big part in the musical?

A: I’m Peter Pan and also a Doowopian. With “Shrek the Musical,” there really isn’t room for large parts. You have the four major characters you see throughout the show and then it’s a lot of supporting roles. It is so much fun working with our choreographer, Sadie (Cavitt).

Q: Have you done a show on this large of a scale before?

A: Yes, I did Camp Vaudeville when I was younger for five or six years, which was a lot of fun.

Q: What appeals to you about singing? When did you start?

A: I’ve really been singing since I could talk but I wasn’t doing it seriously until last year. A friend encouraged me to audition for Vocal Point and I did. We have so much fun together. We don’t always love each other every moment but we get through it. We’re very close.

Q: How do you feel when you’re on stage? Do you get nervous?

A: I do get nervous but it passes quickly. You either have to sing it out or you can’t be part of a group like this. Honestly, it can be terrifying to be on stage but afterward, it’s so amazing when the crowd is clapping for you.

Q: Do you prefer to work backstage or to be on stage?

Q: Do you have time for other activities right now? Are you involved in anything else?

A: Right now, this really takes all my time. Come February I won’t be getting home until 11 at night when I’m working on “Annie.” But it will all be worth it.

Q: Is there any other production or show you really want to do?

A: Next year we may or may not be doing “Into the Woods.” And I really want to be part of “Rocky Horror Picture Show” some time. I love the movie. They had the show at Peoples Bank Theatre and I couldn’t go and I was so sad.

Q: What do you enjoy at school? Do you have any subjects where you really excel?

A: I excel at all the core classes when I don’t have to read a book for them. I love reading outside of school, though..mostly fantasy.

Q: Have you thought about how your high school experience would be different if that friend hadn’t encouraged you to try out for Vocal Point?

A: It would be such a different experience. I don’t know where I would be now. I would probably be taking engineering classes and thinking of going to UNC Chapel Hill where my dad’s dad works. I would probably still have my heart set on that. Now I’ve completely flipped. I’d like to major in vocal performance. Right now, I’m considering Cincinnati but that’s subject to change.

Getting involved with Vocal Point was the best thing that ever happened to me. We went to Camp A Cappella in Dayton, which is the largest a cappella camp in the world and it was truly a life-changing experience.

Q: What was it about that experience that was so meaningful?

A: I think it was that everyone was so supportive. People from around the world who you didn’t even know would be dancing and cheering for you. This 98-year-old woman was singing her heart out and to see that was amazing to me.

Q: You said you’d like to major in vocal performance. What would be your dream job?

A: Honestly, it would be to be a part of a professional a cappella group. That would be ideal.

Kate York conducted this interview. To nominate a Teen of the Week, email news@mariettatimes.com

¯ Activities: Member of Vocal Point, part of the “Shrek the Musical” cast and backstage crew, preparing to start working on “Annie” at Marietta College.