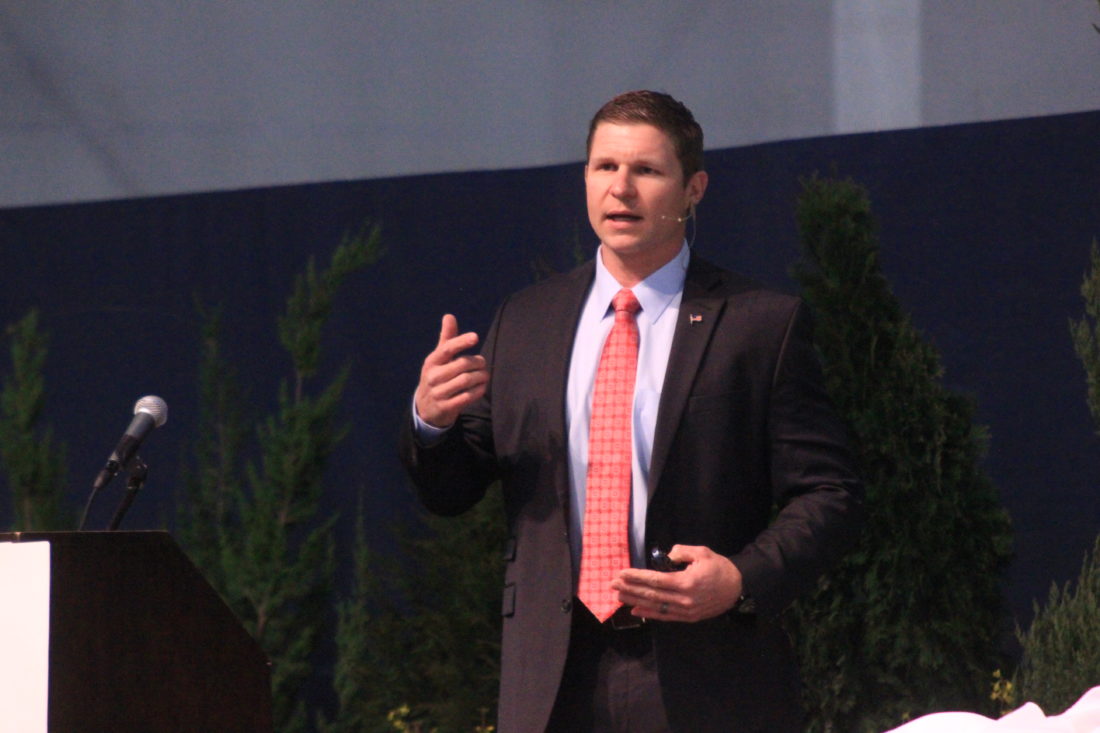 Monday night’s speaker for the 103rd annual Marietta Area Chamber of Commerce dinner imparted a few words of wisdom from his time as a U.S. Navy SEAL.

“Like many, the horrific events of 9/11 forever changed Kevin’s life,” said Chamber Executive Director Carrie Ankrom. “Moved by personal loss he enlisted in the U.S. Navy and became a Navy SEAL in 2004. He was fortunate enough to work alongside the toughest frog men to ever wear the trident, including friend and mentor Chris Kyle.”

Kevin Lacz, also an author and part of the story of “American Sniper,” related to the gathered crowd Monday how his experiences being a part of the life and death realities of war could be applied to the world of business leadership.

≤ The most dangerous position you can find yourself on a team is being replaceable.

≤ Life begins at the edge of your comfort zone.

≤ Humility is the greatest attribute a warrior can possess.

≤ Make the environment a product of your work.

He said his seal team was built through the integral members that contributed communication, energy, commitment and humility to the greater good of the group.

“Sometimes leadership is not the yelling, it’s taking a step moving forward,” he said. “Sometimes you get situations where you get punched in the face, situations you can’t prepare for and you have to act.”

≤ Kevin “Dauber” Lacz is the author of “The Last Punisher.”

≤ He is a former U.S. Navy SEAL sniper, breacher, and combat medic.

≤ He played himself in and served as SEAL Technical Advisor for ‘American Sniper’ (2014).

≤ Currently, he speaks professionally and practices medicine as a physician’s assistant in Florida.