Flags of Heroes dedication in Williamstown 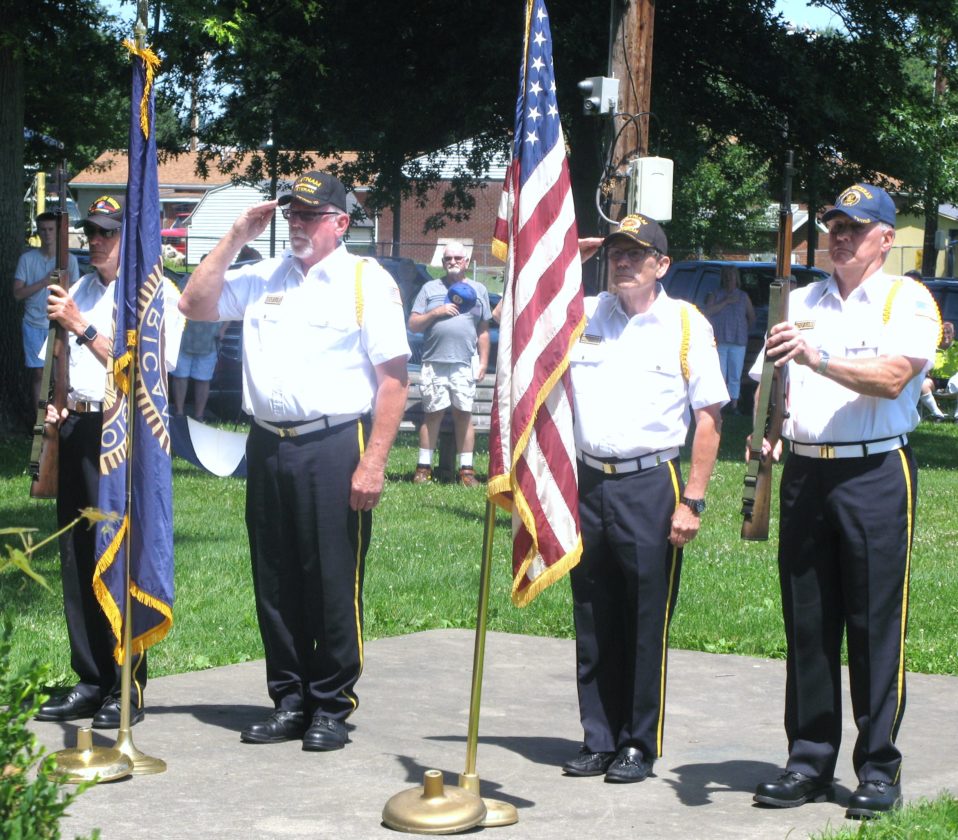 WILLIAMSTOWN — Flags dedicated to veterans and others were dedicated in a display in Tomlinson Park on Saturday in Williamstown.

Jay Houser, president of the Williamstown Lions Club, said the goal was to have 100 sponsors for 100 flags, but Saturday’s display turned out somewhat larger.

“For each flag somebody paid $50 to get a sponsor on that,” Houser said. “All that money is going to be used for handicapped accessible playground equipment. That’s why we wanted to do this.

Houser said the club also had corporate sponsors and he added the spot they used in Tomlinson Park for the flags this year will be used again next year.

“This is going to be a recurring theme around the Fourth of July for the Lions Club,” he said. “If you sponsored a veteran those flags will be put up for Veterans Day.”

Capt. Jim Waybright, a 17-year member of Lions Club, said he was wearing two hats at the dedication, one for the Williamstown Lions Club and one for Bravo Company, third of the 506th infantry, 101st Airborne Division, U.S. Army

Waybright said a number of flags honor the fallen of Bravo Company.

“The Lions Club has been kind enough to let Bravo Company honor our brothers lost in combat between Jan. 18, 1970, and May 10, 1970,” he said. “That includes a Medal of Honor winner. They gave not only for their country but fought for each other; they did indeed practice the quote there is no love greater than the love a man gives to lay down his life for his fellow brother, and I will include sisters, since there were female fatalities in Vietnam, especially in the nurses corps.”

“Thank God for our country and secondly thank the men and women who have served our country and for the ones still serving and remember those who have fallen and died for these beautiful flags,” she said. “Thanks to our heroes who have guided us, and in most cases, changed our lives and last but not least for the men and women of the Lions Club who worked tirelessly, night and day, together to put on this most imposing celebration I have ever witnessed.”

Ford said the city of Williamstown appreciated the club for putting this in a city park.

“Not only have you made us happy, but I’m sure God is smiling on all of you,” she said.