Edelene Wood holds her book “A Taste of the Wild,” which was shown on “To Tell The Truth” in 2000. (Photo by Paul LaPann)

A picture frame holds photographs of Edelene Wood’s experience on “To Tell The Truth” in 2000. (Photo by Paul LaPann) 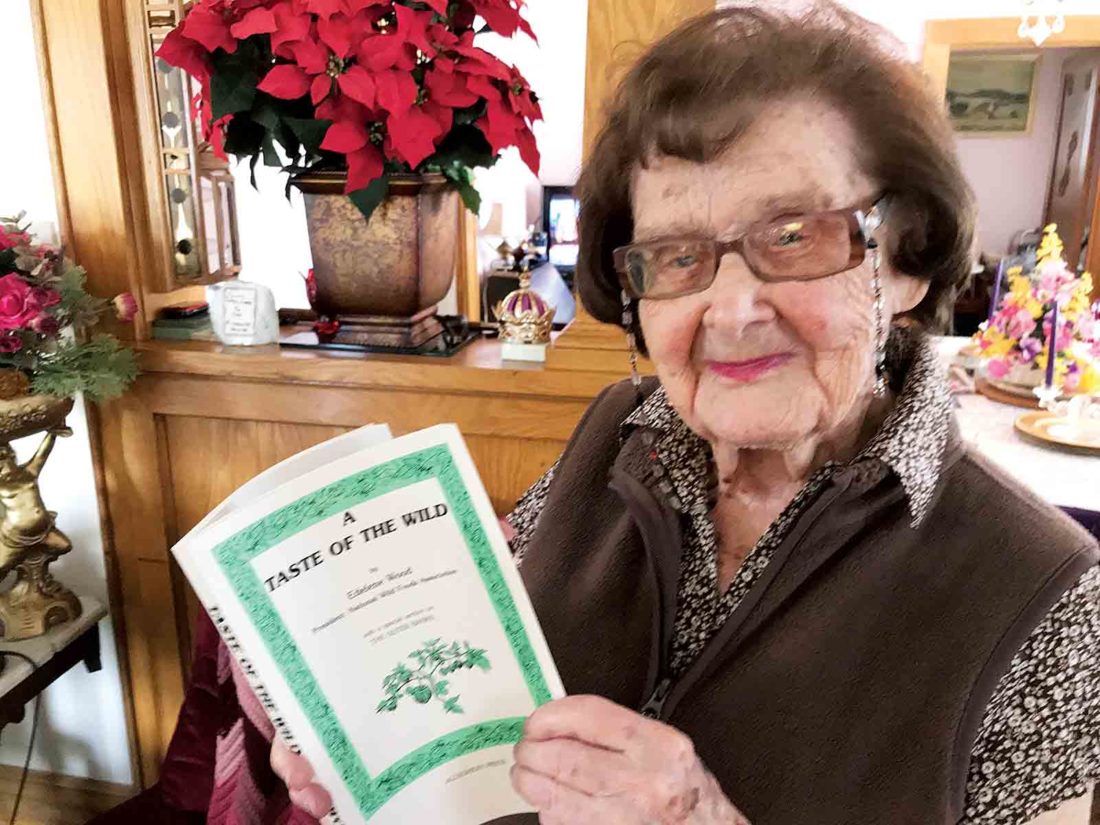 Edelene Wood holds her book “A Taste of the Wild,” which was shown on “To Tell The Truth” in 2000. (Photo by Paul LaPann)

PARKERSBURG — Wild foods expert Edelene Wood of Parkersburg was the central subject on a “To Tell The Truth” television game show in 2000.

One of the celebrity panelists on the show was comedian Paula Poundstone.

Poundstone selected the wrong contestant she thought was Wood.

Poundstone will be appearing Saturday night at Peoples Bank Theatre in Marietta. This is a return engagement for Poundstone, who brought her comedic act to the Marietta theater on Feb. 13, 2016.

“Her last appearance was part of our first season, and it sold out,” said Drew Tanner, marketing director at Peoples Bank Theatre. Tickets are still available for Saturday’s 8 p.m. show. 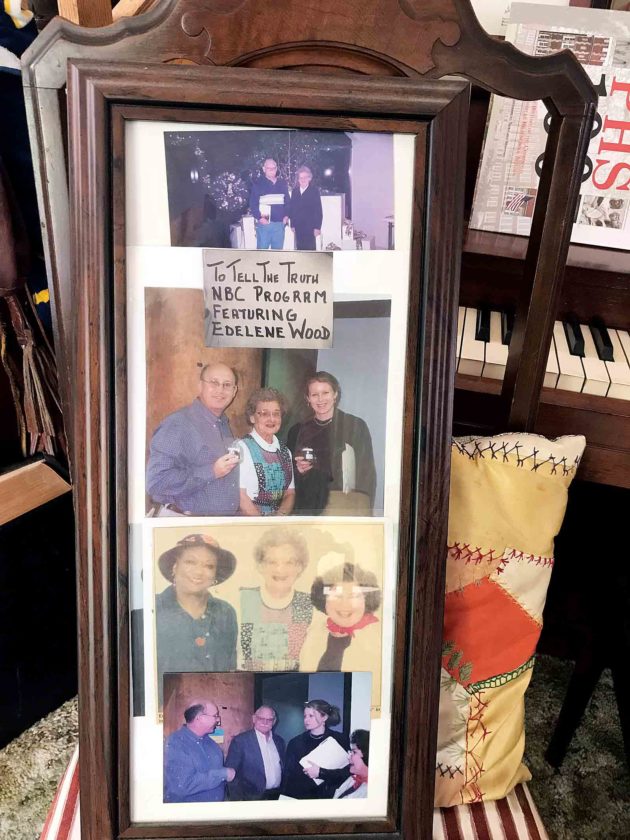 A picture frame holds photographs of Edelene Wood’s experience on “To Tell The Truth” in 2000. (Photo by Paul LaPann)

Wood, 96, attended the 2016 show in Marietta but did not get an opportunity to talk to Poundstone.

Poundstone said she taped five shows of “To Tell The Truth” on Saturdays and Sundays for several weeks.

“It was a fun show … the cleverest of the television game shows,” she said. 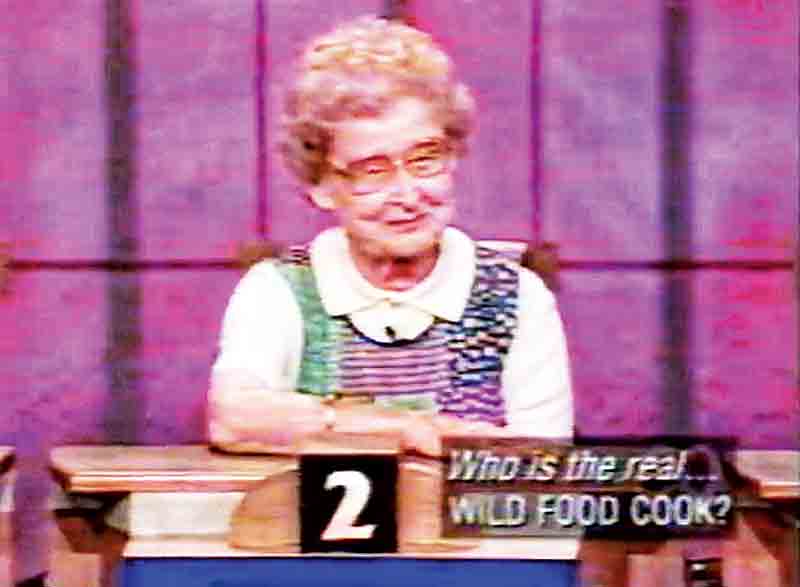 Edelene Wood appears in an episode of “To Tell the Truth.”

She said she misses fellow celebrity panelist Meshach Taylor, who appeared on the sitcom “Designing Women” and died in 2014.

Taylor was the only one of the four celebrity panelists to correctly select Wood out of the three contestants claiming to be Wood. Most of the game show audience also did not make the correct selection.

The real central subject with a unique story on the show is sworn to tell the truth about himself or herself, while the other two contestants are lying. The panelists ask the contestants questions.

The celebrity panel and audience were asked to answer the question: “Who is the real wild food cook?”

In selecting the real Edelene Wood, Taylor said she has “that West Virginia look” and the “accent is there,” according to a recording of the episode available on YouTube. Wood wore a full-length apron on the show. 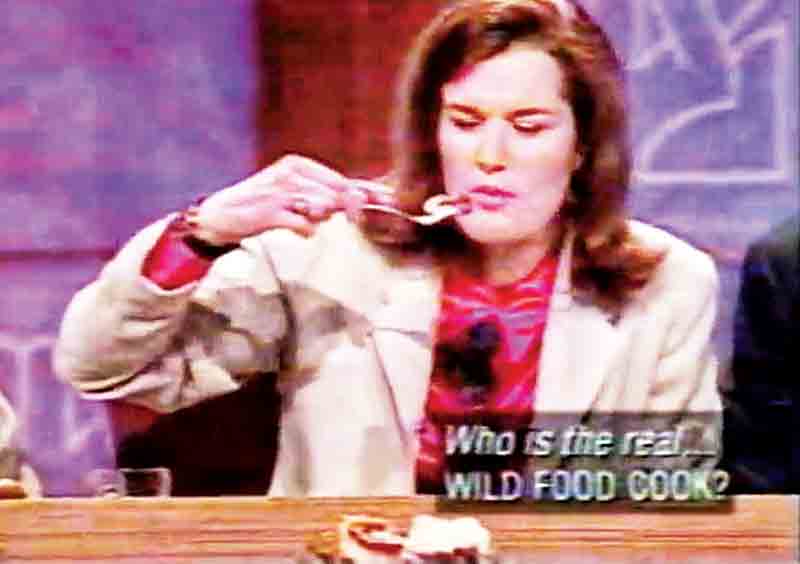 Comedian Paula Poundstone samples Edelene Wood’s earthworm cake in this image from “To Tell the Truth.”

When it was Poundstone’s turn to guess, she jokingly said number 2 contestant (the real Wood) is lying. Wood is shown laughing at the comedian’s remarks on YouTube.

Poundstone ate some of Wood’s earthworm cake that she brought to the show in Los Angeles. “It’s good, a little wiggly on your tongue,” the comedian said as the audience and panelists laughed.

Wood got the last laugh, however. She won enough money from the incorrect votes on the show to pay off her Parkersburg house, she said.

The other celebrity panelists were Michael Burger, actor, comedian and game show host, and Cindy Margolis, model/actress. The host was John O’Hurley.

The real Edelene Wood was “so adorable and made me laugh,” Margolis said. 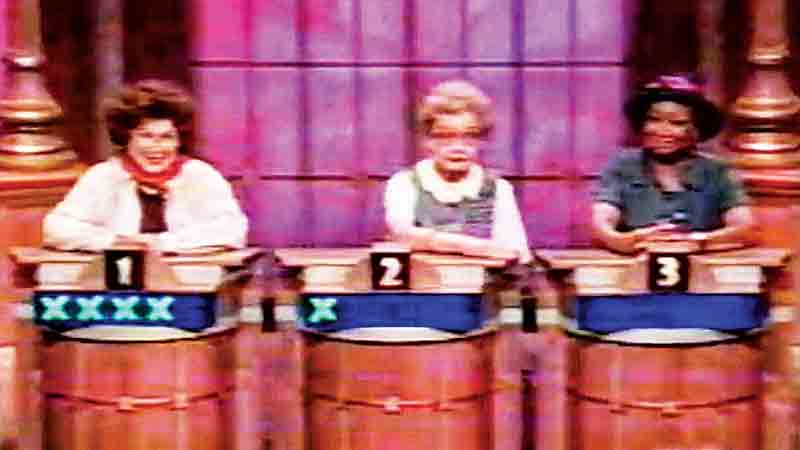 Edelene Wood, center, appears in an episode of “To Tell the Truth.”

O’Hurley showed a copy of Wood’s book “A Taste of the Wild” on “To Tell The Truth.”

Wood said she turned down offers from talk shows to discuss wild foods because she didn’t want to be laughed at on national television. Wild foods author Euell Gibbons recommended Wood appear on programs, she said.

But Wood said she has learned to accept some of the remarks about wild foods and was not embarrassed to be on “To Tell The Truth.”

Wood loaned two items to her impostors to wear during the show: a hat and red bandana.

Wood still hears from people who say they saw her on “To Tell The Truth.”

Wood is president of the National Wild Foods Association, leads the Nature Wonder Weekend in September at North Bend State Park, and is the author of “A Taste of the Wild” and “Favorite Wild Foods of the 50 States.”

* MARIETTA — Comedian Paula Poundstone is known for her smart, observational humor and spontaneous wit, according to a press release. She tours regularly, performing over 85 shows a year, including 8 p.m. Saturday at Peoples Bank Theatre.

* Poundstone also is an author, lecturer, host and actress. In her second book, “The Totally Unscientific Study Of The Search For Human Happiness” (Algonquin Books), she offers herself up as a guinea pig in a series of “totally scientific” experiments, recording her data for all mankind.

* Poundstone is a panelist on NPR’s No. 1 show, the weekly comedy news quiz, “Wait, Wait…Don’t Tell Me!” Her guest appearances include The Late Show with Stephen Colbert, Star Talk with Neil deGrasse Tyson, Last Call with Carson Daly, Nerdist with Chris Hardwick, and she has filed commentaries for CBS Sunday Morning, and Morning Edition and All Things Considered for NPR.