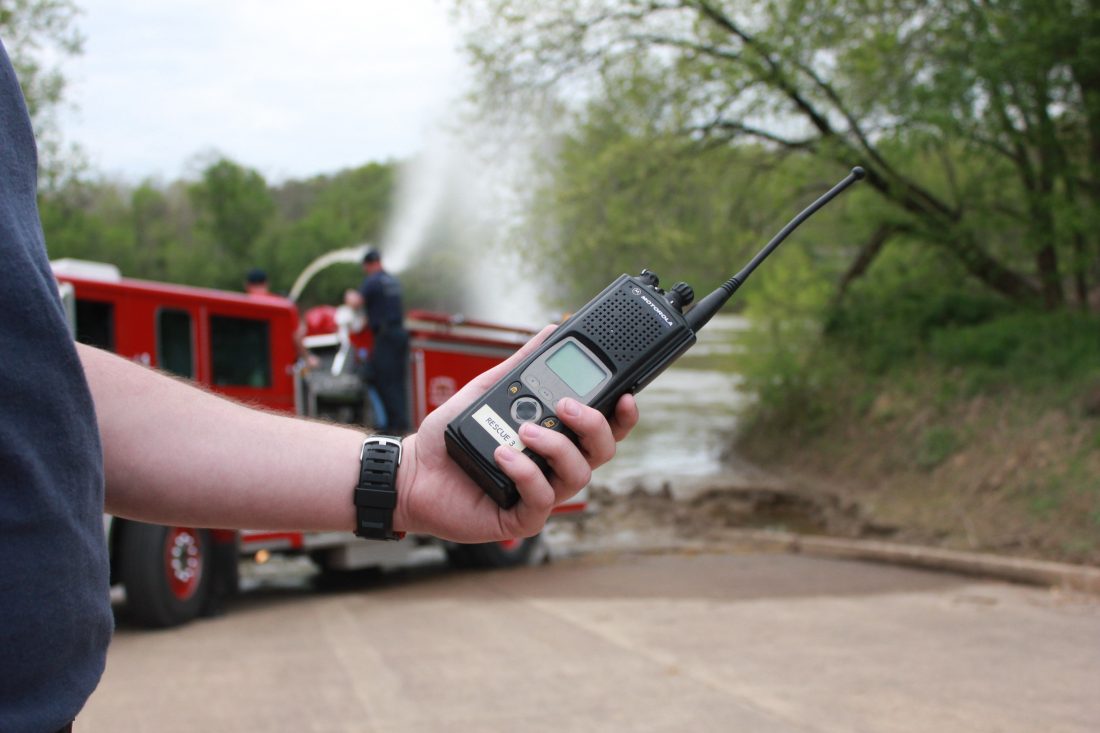 In the quest for reliability in hilly terrain, local fire departments across Southeast Ohio are eagerly awaiting the arrival of new radios in the coming weeks.

“With our radio system now, we have several dead spots across the county because of the terrain,” explained Mark Wile, president of the Washington County Fire Chief’s Association and chief of Warren Township’s volunteer fire department. “But the downside to what all the other departments and agencies across Ohio are switching to is the cost.”

Upgrading to the Multi-Agency Radio Communications Systems (MARCS) can run from $3,000 to $6,500 per new radio, up from from the $800 to $1,000 price tag for old school radios between fire departments.

“And when you have 20 to 25 people in your department, that’s pretty cost prohibitive,” said Wile.

But this year thanks to a grant from the state fire marshal’s office, every department in Washington County is on their way to a complete upgrade.

“Different departments have applied in the past but were turned down, now that we all applied and presented a united front we were a top priority,” explained Wile.

The upgraded radios not only have a range which can reach Columbus, Toledo and Cleveland from Southeast Ohio, but also allow fire departments to communicate with other agencies like the Ohio Department of Transportation, Environmental Protection Agency, MedFlight and county sheriff’s offices.

“There are the costs of the radios, but also the microphones, chargers, cables, mounts and installation–plus a monthly user fee that would otherwise come out of our operating budget,” explained Wile. “So the grant for (Warren Township) covers five mobile radios at $2,765 a piece and two portable radios at $2,799 a piece.”

For the Beverly Volunteer Fire Department, the upgrade is crucial, said the department’s chief.

“We have some primary response areas in Noble and Morgan counties, so we had to buy some radios on our own already,” explained Chief Phil Lowe, noting the department’s primary responsibilities include all of Waterford Township in Washington County, Jackson Township in Noble County and Center Township in Morgan County. “We had already bought three mobile radios on our own and two portables with an EMA Homeland Security grant, but with this grant, we’ll get two more mobiles and now have one in every truck.”

This is the fifth year for the state grant program.

“Operating on a modern, interoperable public safety radio system will certainly improve emergency services in those counties and provide an enhanced level of safety for our responders,” State Fire Marshal Jeff Hussey said in a release about the grant, noting that the award helps to offset the cost of the radio equipment and user fees, making the radios possible for local fire departments, regardless of their size or budget.

Marietta Fire Department was one of two departments receiving the most significant grant request–$48,806.75.

“We have four portable MARCS now and one mobile, and we are getting seven more portables and six more mobiles with the grant,” explained Assistant Fire Chief Rodney Scott as firefighters trained at Indian Acres Wednesday afternoon.

This year, the state fire marshal office received more than $12 million in requests for the $3 million in available funding and awarded grants to 242 fire departments across the state.