Riverfront Roar setting up for races 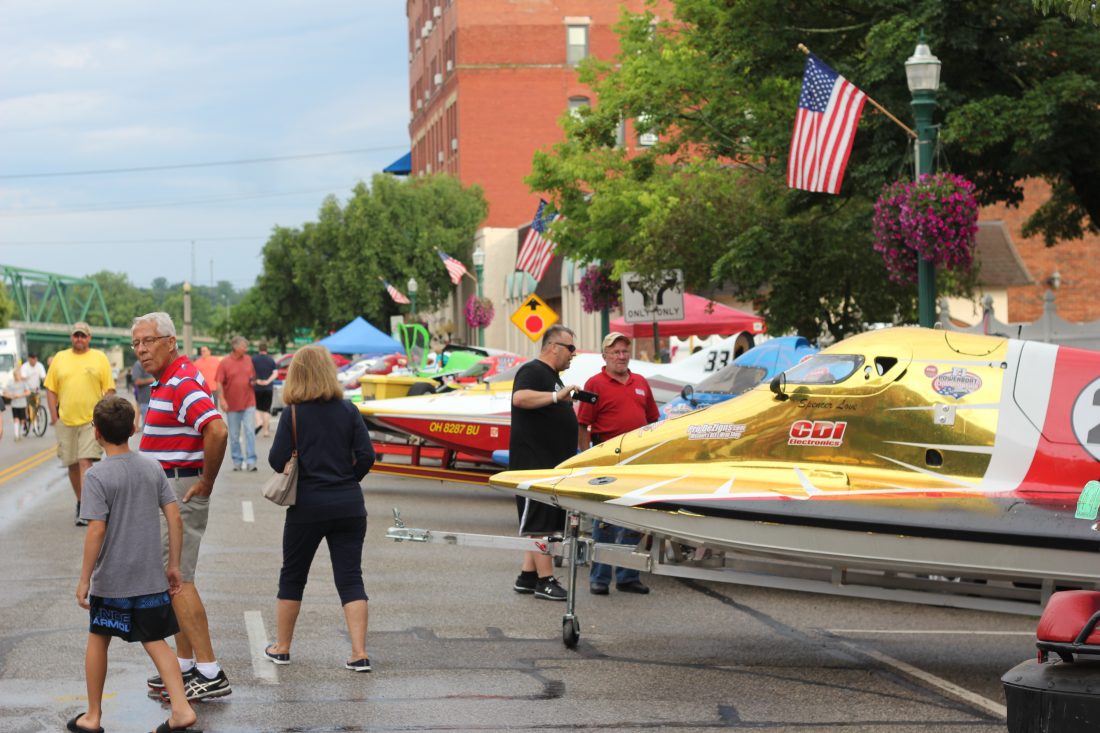 Even the weather looks good.

After 19 years, the Riverfront Roar committee in Marietta has a systematic approach to the event, which involves street closures, setting up mobile food and merchandise vendors, and overseeing a weekend that swells the city’s population by a factor of four.

Street closures begin at noon Friday, after which the powerboats participating in this year’s races will set up on Front, Greene and Second streets for viewing. The M&M Kids Zone will blow up its inflatables, occupying a full block, and the beer garden in the parking lot by the levee will start pumping suds at 5 p.m.

The forecast calls for hot, sunny weather all weekend.

Committee chair Carmen Taylor said Tuesday race fans can expect eight to 10 boats entered in each of the three classes.

Up to 15 volunteers are needed for the weekend to keep things running smoothly, she said.

“Wednesday night, we’ll start putting up the no-parking signs on the streets that are going to be closed, Thursday night we set up the entertainment tent on the levee, Friday we close off the streets at noon and pull in the food trucks and vendors, and take care of any other little things that pop up,” she said. “Usually, by 4 or 5 p.m. Friday we have the boats set up on Front Street, and the meet and greet with the boat drivers gets going at the beer garden. Then the rest of the weekend is just making things keep going, taking care of any problems.”

The Riverfront Roar is part of the Super American Powerboat circuit races, with an oval course marked by buoys set up on the Ohio River starting and finishing at the Marietta levee. The races can be viewed from either side of the river, and Taylor said spectators just bring chairs and blankets down to the river and set up. The heats, which determine starting placement, are run Saturday afternoon for three hours, and the finals are run Sunday from 1 to 4 p.m.

The river has been high and unruly recently, and the Willow Island Locks and Dam lockmaster Bill Collins said that as usual this year he’ll avoid releasing any drift – debris captured upstream of the dam – during the weekend races.

Streets to be closed during the Roar are roughly within a square bounded by Front, Butler, Third and Greene. They will close at noon Friday and be reopened after everything is finished Sunday night.

Features that are new this year include a bigger variety of food trucks and mobile merchandise sellers, and a presentation by the community events outreach group from the Columbus Zoo, sponsored by Marietta Morning Rotary, that will be held from 5:30 to 7 p.m. Saturday on the lawn at The Armory.

The events are all free, and this year Saturday will wind up with a fireworks display sponsored by Marietta College, starting at 9:30 p.m. On Sunday, the Rollin’ Oldies Car Club will set up a car show at and around The Armory.

The combination of events and activities surrounding the main draw – speedboat racing – captured the interest of Rick Smith, an assistant professor at Marietta College who teaches sports management. Smith, who is the volunteer on the Riverfront Roar committee in charge of entertainment and also the chairman of the board of directors for the Marietta Family YMCA, has incorporated the Roar into the curriculum of one of his courses: sports event and facility management.

“I thought I should offer it in the summer as a component for this course, which is required for both majors and minors,” he said Tuesday. “The Roar is a nontraditional sporting event, but if you put soccer or football in place of the boat races, it has all the aspects I teach – a family environment that’s not based on whether a team wins or loses, it’s all the events around it that make it great.”

The summer course, he said, is eight weeks, seven taken online and the final week in person, as a volunteer with the local committee.

“I’ve got one junior and two sophomores, and they’ll be here with us 24/7 for everything, anything we’re doing, they’ll be doing, they’re like staff for this week,” he said. The students, he said, will produce a reflection journal as a paper for the course, indicating what they learned from the experience compared to what they’ve learned through published curricula for the course.

“This goes way beyond volunteering and academic exercises, it’s a question of how you connect theory to what you actually see taking place,” he said.

Smith said his work with the committee has been a learning experience for him, too.

“It’s been fun, it’s teaching me as well … it’s not about wins and losses, it’s about the fan experience. A person might not especially like speed boats, but there’s food and music, it’s still enjoyable,” he said. “This is a great, dedicated group of volunteers, and the community has really gotten behind it.”

•6 p.m. – Midnight: Live entertainment and beer garden at the corner of Front Street and Greene Street in the river-side parking lot. Bands include OYO, Jinx, The Bash and J.P. Chandler.

•10 a.m.: Powerboats on the Ohio River for testing.

•6 p.m. – Midnight: Live entertainment and beer garden at the corner of Front Street and Greene Street in the river-side parking lot. Music by Red Idle Rejects, The Faculty, Aftershock, and J.P. Chandler. 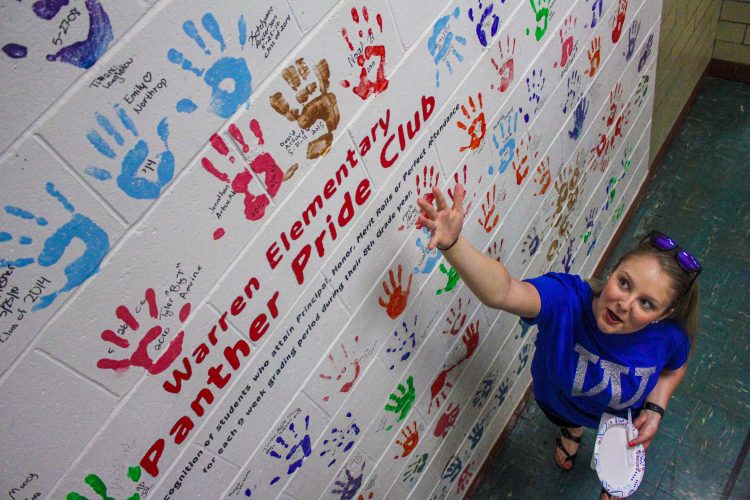