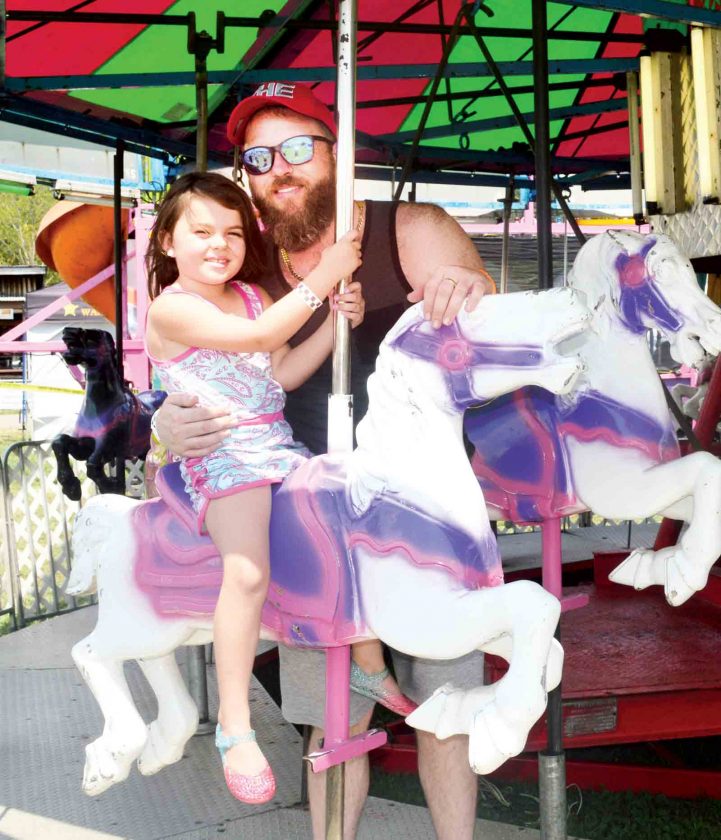 “The weather is beautiful,” said Rhonda Turner, Waterford Fair Treasurer. “Everything seems to be going great. We may be up a little on attendance.”

It was the first time attending the fair for Zak Huffman and his daughter Eden Huffman, 5, of Barlow.

“We’re having fun,” said Huffman. “I’ve always heard that this was a nice fair and we wanted to check it out. We plan to do the rides, get some food and see the animals too.” 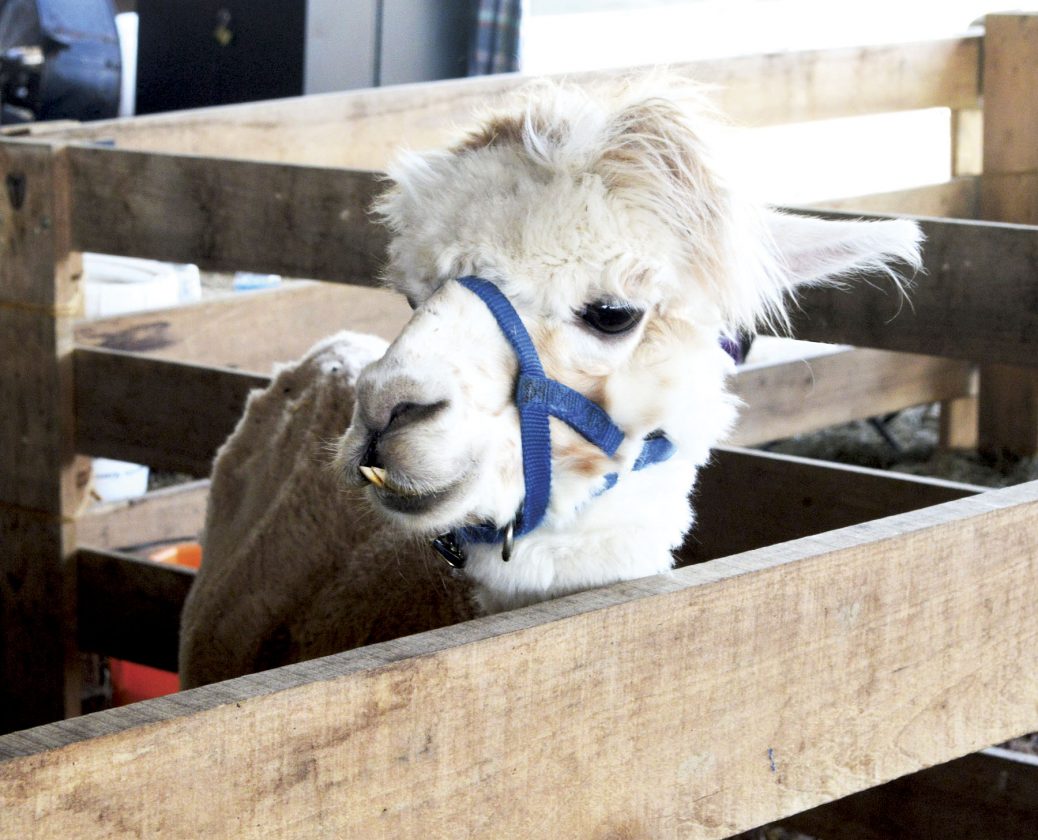 The featured Waterford Fair event has always been the annual hog sale which was started by Charles Campbell in the 1970s. He is now a 55-year member of the fair board. At that time there wasn’t a hog sale in the county. With three fairs in Washington County, it became a way for the Waterford fair to differentiate itself. Now, it’s become known for it.

Charles’ son Chris Campbell, also a board member, now organizes the hog sale. Chris said it is great to see the sale grow over the years.

“The Waterford community really supports this hog sale,” said Chris. “Anything we need, all we have to do is ask. We get tremendous support.”

Raising a hog for sale teaches FFA and 4-H members responsibility, how to care for their animals, how to be on time and they learn about public relations by going out to get buyers. 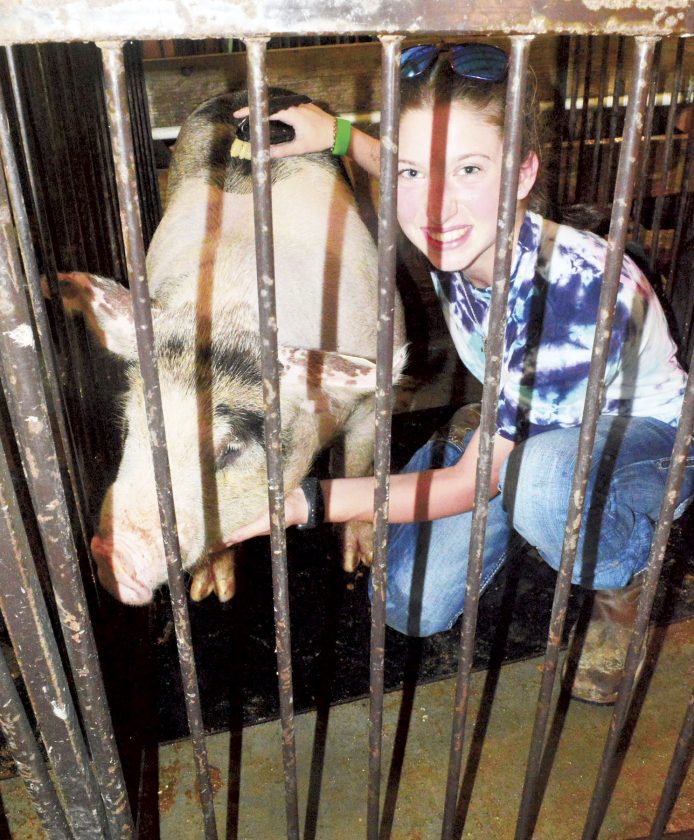 This year’s Grand Champion winner was Kelsey Lewis, 16, a Waterford High School student with her 268 lb. hog named Kevin Her hog was purchased by Eramet of Marietta for $4,000 which was a record.

“It was surprising to win,” admitted Lewis, who has been raising hogs for five years.

Lewis said raising hogs can be hard at times. Cleaning out their pens can be messy. She also gave her hog water three times a day, especially when it was hot. But, all the effort was worth it.

It was the first year of raising a hog for Tori Defreitas, 16, of Belpre, who is a Jr. Warren High School FFA student at the Washington County Career Center.

“It’s gone really good,” said Defreitas. “I got second in my market class and fourth overall in showmanship. I named my hog Rooster. When I got him, he was probably a hundred pounds and now he’s 250. 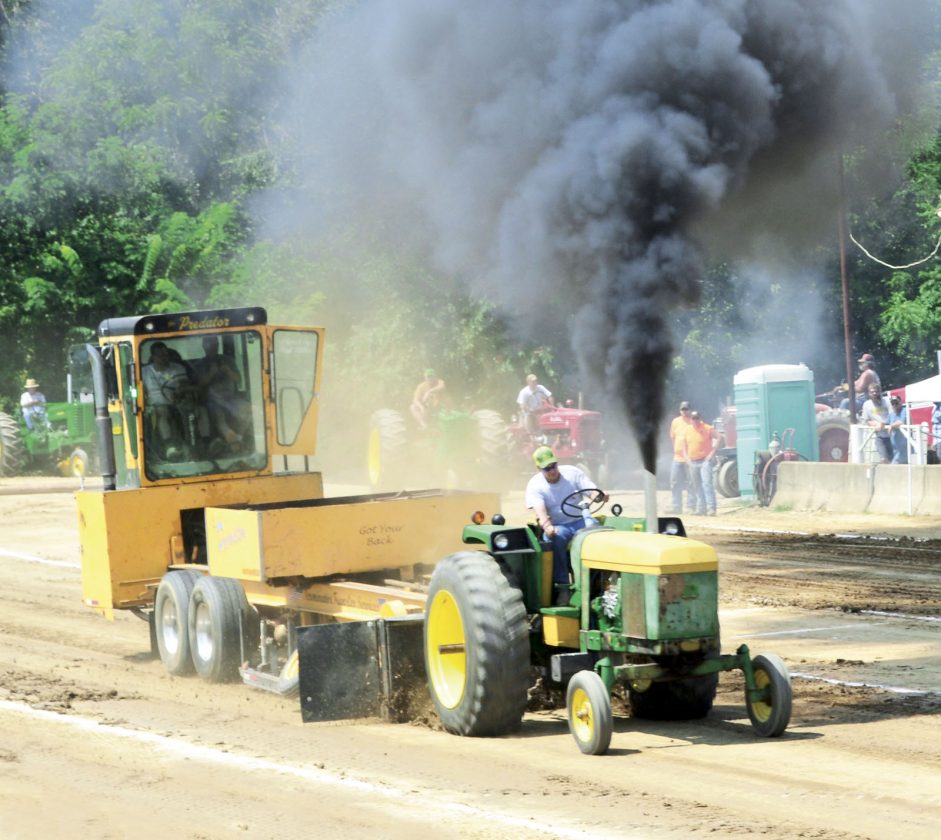 “I have learned responsibility, for sure,” admitted Defreitas. “Taking care of an animal takes a lot of responsibility. Every morning, I’m at the farm at 7:00 to feed him and 7:00 at night to walk him. It’s a good learning experience, I love it. I will definitely do it again next year.”

Although the hogs were the stars of the fair, other animals were there as well including cows, sheep and even Alpacas. An Alpaca named Betty and her offspring Bo were very popular.

“The Alpacas are part of our Pampered Pets Petting Zoo that is a family business,” said Missy Antill, Waterford Fair Board President. “The kids also wanted to show them in the fair this year as well.”

“Betty’s fun. She’s part of our family, for sure,” added Antill. “She loves the attention.”

The hillside grandstand area was again covered with Waterford Chairs that had the back legs of plastic chairs cut off. Spectators plant their seats in the hillside and leave them for the weekend. 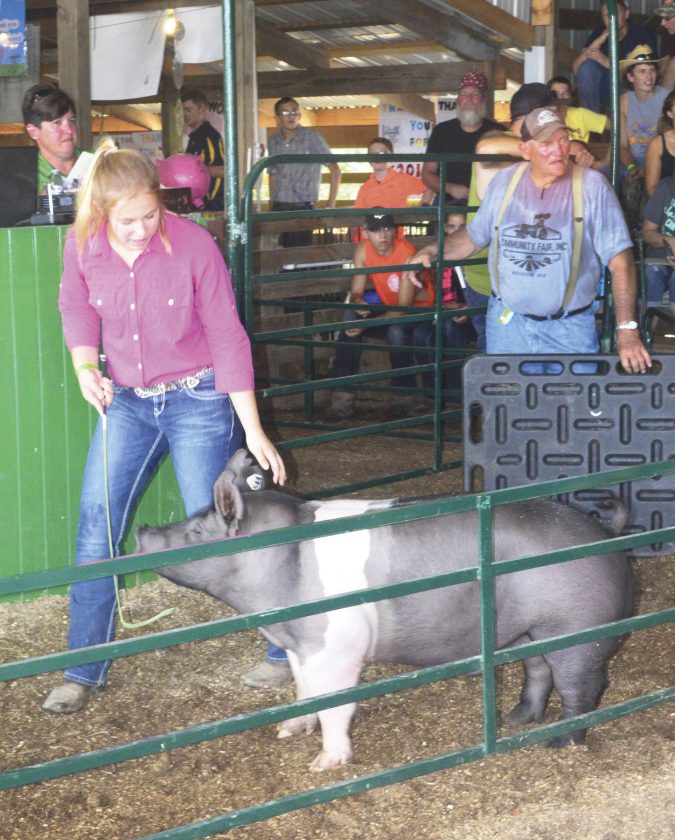 Photos by Doug Loyer Kelsey Lewis shows her Grand Champion hog in the show ring during the Waterford hog sale.

“I come every year, every day of the fair,” said Grace Landmaker of Waterford. “I’ve been doing it for years.

“What I like best about the fair is the kids,” said Landmaker. “It’s all about them, their activities, rides, hog sale, animals, bike rodeo … everything. I also like the tractor pulls and of course the food. It’s all good. I had a fish sandwich a little while ago and I’m going back for some noodles.”

One of the wonderful things about the Waterford Fair, according to Landmaker, is that it brings the good people of the Beverly/Waterford area together.

“This is a close knit community and everybody is always there to help in any situation,” said Landmaker. “That means a lot.”

Photos by Doug Loyer Kelsey Lewis shows her Grand Champion hog in the show ring during the Waterford hog sale.

Photo by Wayne Towner Steve Conlon with Thistledew Farm gives a “bee beard” demonstration Sunday at the 2019 West Virginia State Honey Festival at City Park in Parkersburg. The demonstration is a popular attraction at the festival each year.