Near tragedy results in friendship 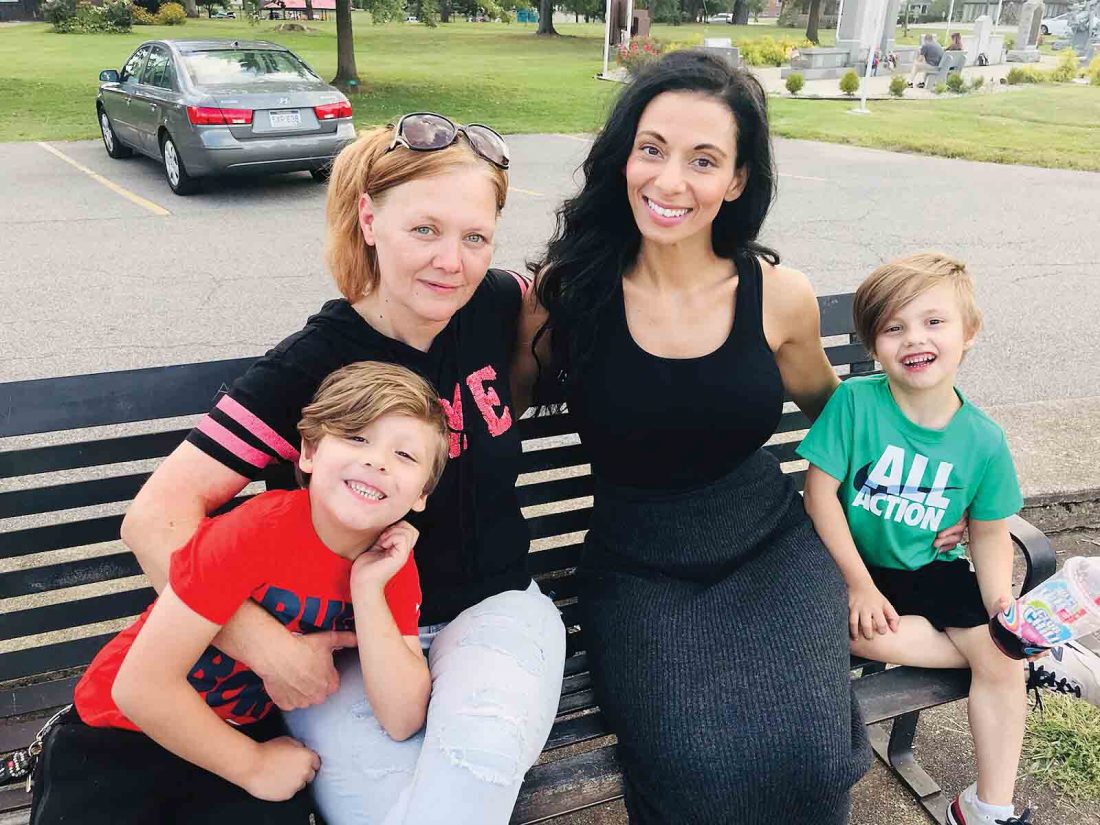 PARKERSBURG — A friendship has grown out of a near tragedy.

Alerted by her daughter Ziya, 7, Alethea Bateman of Parkersburg ran to Josiah’s aid at the edge of the swimming pool, and using CPR brought the child back to life.

Bateman, a nurse at WVU Medicine Camden Clark Medical Center, said Josiah’s skin was blue and he wasn’t breathing when she reached him.

Today, after spending three days in the hospital after the June incident, Josiah has returned to being an active boy.

Josiah considers Bateman to be his princess, said his mother, Destiny Brown, referring to the “Sleeping Beauty” fairy tale Destiny reads to Josiah. “He asks about Alethea,” she said.

Josiah smiles when he is around Bateman.

“If not for Alethea, I would not have my baby now,” she said on Saturday at Parkersburg City Park. “Thank God he is OK. Thank God she was there,” Brown said.

The two Parkersburg families did not know each other before the near drowning in Marietta.

The families are now friends, brought together by a happy ending to a story that could have had a terrible conclusion.

Josiah is an “unbelievable joy and I look forward to building a lifetime of memories with him and his family,” Bateman said.

Bateman prayed for Josiah’s recovery immediately after the incident and contacted the boy’s mother.

Bateman’s daughters Ziya and Briella, who were at the Marietta Aquatic Center that day, also were concerned about Josiah’s medical condition.

Bateman and Brown talked on the telephone while Josiah was recovering. Brown sent Bateman video of Josiah in the hospital.

It was the first time the two families had met in person since the pool incident.

The children in the two local families get along well with each other, the mothers said.

One of Brown’s children attends the same school in Parkersburg as one of Bateman’s children.

Brown said she and Bateman want to help children.

Brown said she appreciates the Marietta Aquatic Center employees who looked after the three other children while she went to Marietta Memorial Hospital to see Josiah after he nearly drowned. They were great workers, she said.

Brown said she hopes to meet the aquatic center lifeguards.

“Anything can happen in a blink of an eye,” Brown said. She is not sure what happened to cause Josiah to nearly drown.

Last Saturday afternoon at City Park, Bateman walked around the pond with Josiah and his brother Alex, 6. The two children marveled at the ducks in the pond while this reporter interviewed Brown.

“Alethea is a great person,” Brown said. “We are friends. It is like an extended family.”