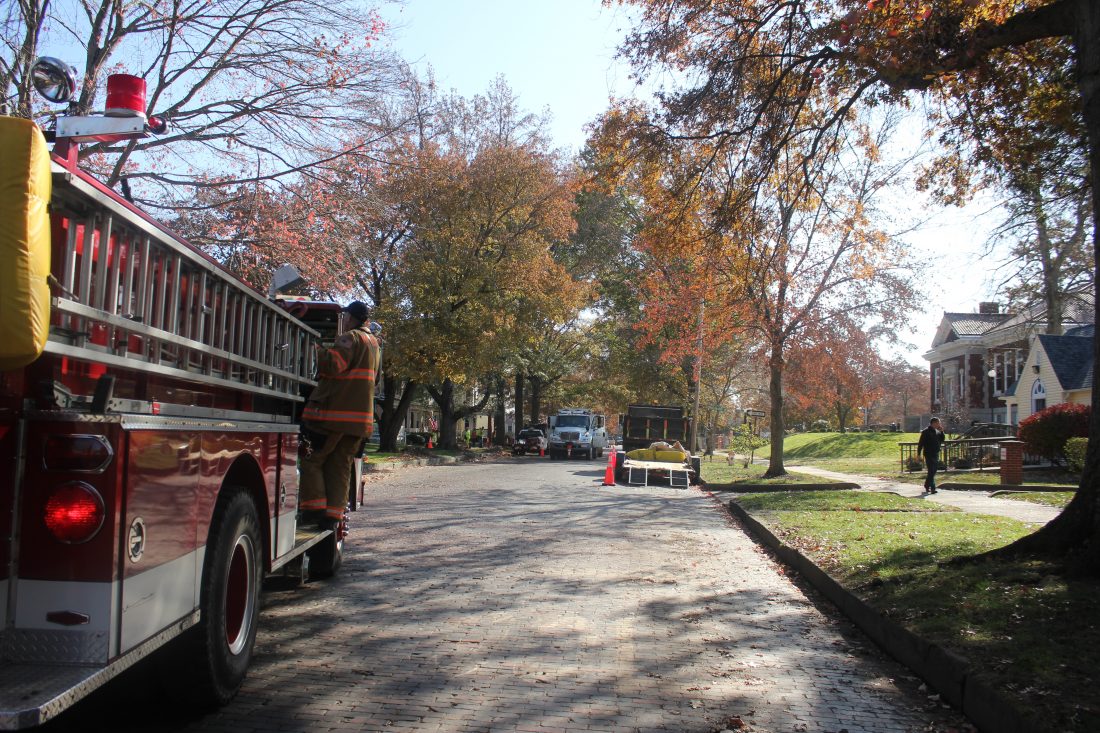 The Washington County Public Library evacuated just after 10 a.m. while Washington Elementary School kept its students sheltered within the building as a gas leak opened on Fifth Street directly across from the library.

“We had a children’s program that was just starting. We had to evacuate the building. It’s our weekly toddler time,” said Justin Mayo, director of the Washington County Public Library. “We had the same issue in Barlow a few months ago, so this was a good refresher on how to handle it. But better safe than sorry… I was impressed by how fast the fire department showed up.”

“So we had four houses cleared, and the library evacuate but asked the school to keep the kids inside,” said Durham. “But the contractor that was here doing work on the lines when the leak was exposed was able to stop the flow of gas until Dominion got here.” 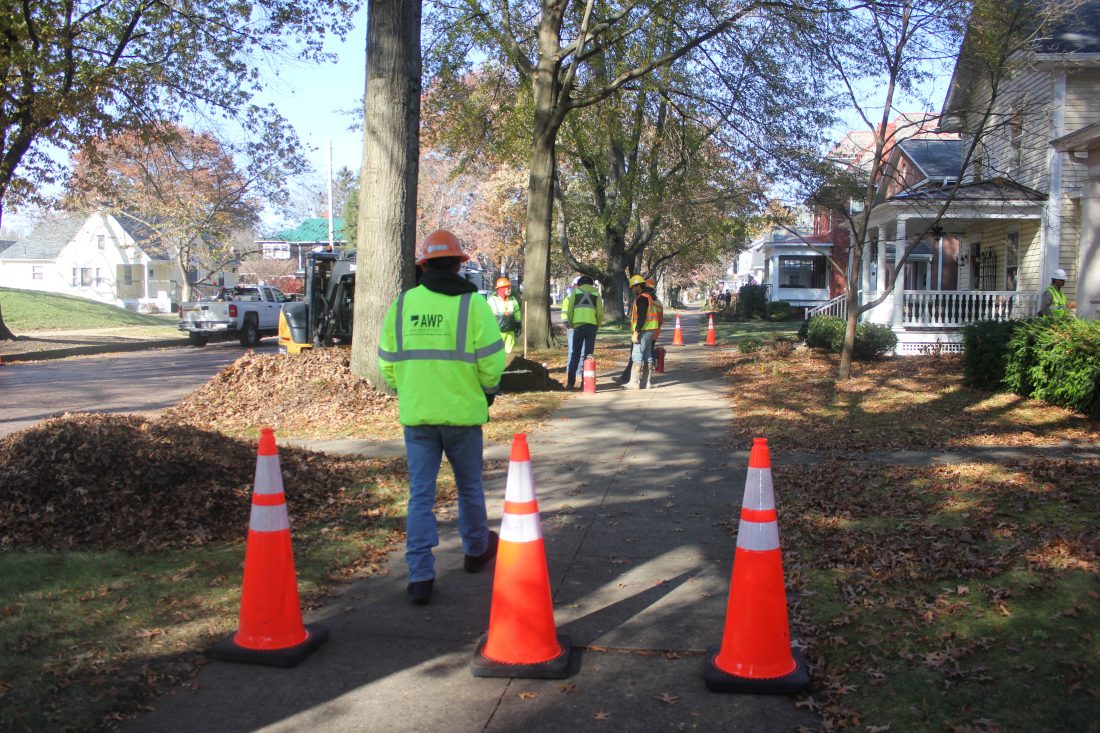 Kinsey Excavating and Trucking has been on the block for the last few days adding low-pressure regulators off of the home lines, neighbors said Monday.

Several stopped to thank the firefighters and Dominion workers on scene for their quick response.

“It’s all safe right now, there was no risk of sparking the gas,” said Mark Ervin, Dominion’s ranking supervisor on scene Monday. “The contracting work is putting in flow limiters. In case another utility like the water department hits a line the limiter will immediately shut off the flow.”

Ervin said the line in front of 610 Fifth St. was secured with a clamp Monday, and the company’s crews will be back today to install a new connection.

At Washington Elementary, the leak didn’t cause disruption.

“We just stayed inside,” said Alicia McIntire, principal of the school.

District Superintendent Will Hampton was monitoring recess as the repair work continued across the street.

“I was already here playing backup principal while (McIntire) worked on evaluations, I like to rotate through the schools,” said Hampton. “When I walked over to the leak, I could hear it hissing but didn’t smell anything.”

Hampton said if the school had been advised to evacuate, placement of students on the Fourth Street side of the building or off-campus were all options.

“We have some prearranged off-site locations we could take the students if necessary,” he explained. “Even during the day when our usual bus drivers would not be at the garage, our mechanics and maintenance guys all have bus credentials so they could drive in a pinch.”

Hampton said each building in the school district has an annual review of its safety plans, and an analysis of those plans occurs every three years.

• A faulty gas line connection to 610 Fifth St. was unearthed Monday during a contracted excavation to install a new flow-limiter on the line.

• The leak was clamped within an hour.