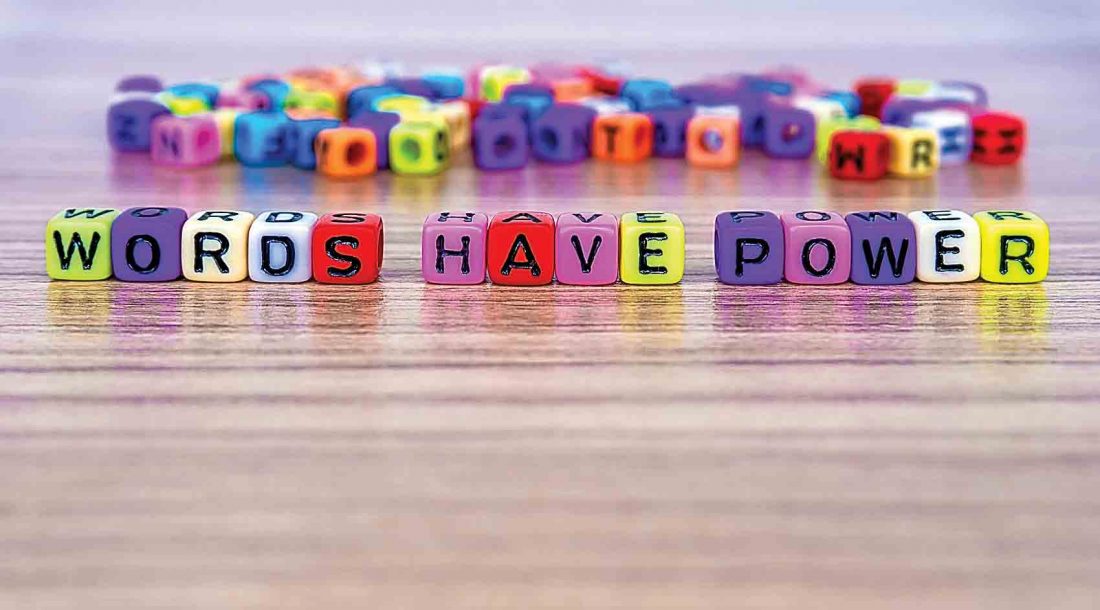 The data is clear, but no one knows the underlying cause. The suicide rate among girls 10-14 tripled in the period from 1999 to 2014 and continues to increase at rates disproportionate to other groups.

Taking their own lives is the second highest cause of death among teenagers. Only traffic crashes kill more.

It is unknown, however, how many attempted suicides occur. There is no established method of gathering that information accurately on a national scale: the attempts are often not reported, and even those that require medical care are not subject to any organized reporting system.

Occasionally, however, people come forward to tell their stories.

A 13-year-old student at Marietta Middle School spent more than a week in a clinic after an attempt in October. She and her mother agreed to share their experiences. Although both have made the events surrounding her suicide attempt public through social media, The Times will not publish their names.

Her mother described the girl as an academically successful student through sixth grade, extroverted and empathetic, but stresses in middle school her perception of herself began to take a toll. She abandoned the brightly colored clothing that had been a hallmark and began dressing in drab baggy garments, and her academic performance started to slump.

“In middle school, there was the thing with bullying, there was more classwork than in elementary school,” the girl said during an interview this week. “I had a different outlook than everyone else. They dressed in dark colors and big, baggy clothes, I wore really bright and vibrant colors. I got teased about they way I dressed, my size – everyone at school said I was overweight, even though I wasn’t. I started wearing darker colors, bigger, baggier clothes. My grades were really high, but I began to struggle a little more. People were coming at me with comments, things about my family, who my friends were.”

She said the harassment occurred in person at school, and through texts and Instagram comments through the day and into the night. It intensified in seventh grade, particularly when she became interested in LGBTQ causes.

“I started talking to people at school about it because I was wondering about myself. Middle school girls talk a lot,” she said. “They started saying things like, ‘She want to be a boy, she works on cars, she loves girls, she wants to be a boy’ … it was just me and a couple of friends they bullied, we were the unpopular kids, the weird kids, we were harassed by a lot of girls, a few guys.”

Her mother said she removed the social media apps from her daughter’s phone.

“We took the social media, the Instagram and TikTok, away, but she’s a 13-year-old girl and she’s sneaky – she would install it again and then delete it. She did videos, and she’s not a vulgar person but those would make you think otherwise,” her mother said. “She’d get messages saying things like, you’re better off dead, you’re not worth it, just kill yourself.”

The daughter said even without the reminders from social media and text messages, the insults and belittlements of the day would stay with her.

“If it happened at school, even if people didn’t text me I would just go back and think about what happened that day. I couldn’t get away from it,” she said.

She began to “act out” at school, taking clothing from other children, getting alternate learning periods as a consequence, with calls to her parents. Her mother said she had to make arrangements with her employer because of the disruptions during her work day. The family began to worry about money, and the daughter added that to her concerns.

“She was blaming herself for that,” her mother said.

“There was the bullying, and things at home like struggling with money, and I was like, I guess, when they’re stressed, I have to show them that I’m stressed because I want them to know that I care,” the daughter said.

Secretly, she began to cut herself, and the change to shapeless clothing with long sleeves helped hide it.

“We found out the hard way, we had her evaluated at a hospital, and found out that’s why she wore the long sleeved hoodies,” her mother said.

“There is so much going on, the crying, so much stuff, it was a relief to focus on one thing,” the girl said. “The cutting hurts, but it relieves you, it gives you control over how much pain you feel.”

On a night in late October, the mother came home to find an emergency squad vehicle in the driveway. Her daughter had tried to take her life.

She was taken to a clinic in northern Ohio and spent two weeks in recovery.

Ironically, her mother discovered that one big step toward healing came through a post she made in frustration on social media.

“My husband and I had decided we didn’t want to post anything about this, we didn’t want to have to deal with the backlash, we were just angry, it seemed like everything had failed her,” her mother said. “But we went to a friend’s birthday party, all the kids were playing, they had made some little candy gifts for all the kids, and there was one for her. I just felt like she’d been robbed of that experience, almost robbed of her life because of people who can say whatever they want without any consequences. I took out my phone and my fingers just did not stop. I handed it to my husband and said, ‘If you agree with this, I’m going to post it.’ He did, and within 24 hours we had 2,000 shares.”

Far from the backlash she had feared, messages of sympathy, comfort and support poured in from around the globe.

“The outreach from that post was astonishing, I had to mute my phone because it never stopped dinging, we got messages from places like California and Australia. I met beautiful people who came to our house, we got letters of encouragement from all over the world,” she said. “It started a healing process.”

The daughter is back home, and has returned to school, although not long ago she said she would never go back there. The time in the recovery facility made a difference, she said.

“I didn’t want to bother people with my problems, I kept it in, I took it out on myself,” she said. “When I was in the facility, they taught me ways to cope with my stress, ways to think about things. I was always looking at the most negative outcomes for things.”

“She didn’t realize so many people cared, she didn’t know that other people have felt the way she does. She didn’t realize the ripple effect this would have, that one person could make all that difference,” her mother said.

Her mother doesn’t blame the school, although she said she needed to press them for action against the bullying. A few of the girls who had bullied her daughter had been expelled for reasons unrelated to that, the daughter said.

“The school said they have implemented stuff, and I’m not trying to say they haven’t done anything. It’s not just in school, it’s everywhere – what’s to stop that ‘kill yourself’ message from coming through at 4:30 in the afternoon, after school?” her mother said.

Brittany Schob is the principal at Marietta Middle School. She said efforts to keep bullying and the threat of suicide under control have intensified over the past several years.

“Being a kid is not easy, they have a lot of struggles, and we’ve created supports for students,” she said. “Everything we get notified about, we take seriously. There are a lot of out-of-school factors, and we do communicate with parents because it’s important for them to know about social media.”

The district’s response has included trauma-informed schools sessions for staff. The faculty and staff “got a full day of training” last year, she said, and this is year two of the program.

“We have the Nationwide Children’s Hospital suicide prevention program for students in seventh and 10th grade, this is its third year,” she said. Additional funding from a governor’s office appropriation this year has allowed the district to enlarge its contract with Life and Purpose Services for counseling and referrals, and the school counselors, Schob said, “do an amazing job.”

School policy, she said, requires students to leave their phones in their lockers, except during lunch and recess, she said.

For anyone who is concerned about a friend, family member or acquaintance, the Washington County Behavioral Health Board has resources.

Miriam Keith, recovery and prevention advocate for the board, said anyone can call for information on recognizing signs of suicidal behavior. Keith is a representative for the Suicide Awareness Alliance of Washington County.

“We’ve had a lot of interest among young people,” she said.

Source: Journal of the American Medical Association, using data from Centers for Disease Control and Prevention.

• Talking about wanting to die or kill oneself.

• Looking for a way to kill oneself, such as searching online or buying a gun.

• Talking about feeling hopeless or having no reason to live.

• Talking about being a burden to others.

• Increasing use of alcohol or drugs. 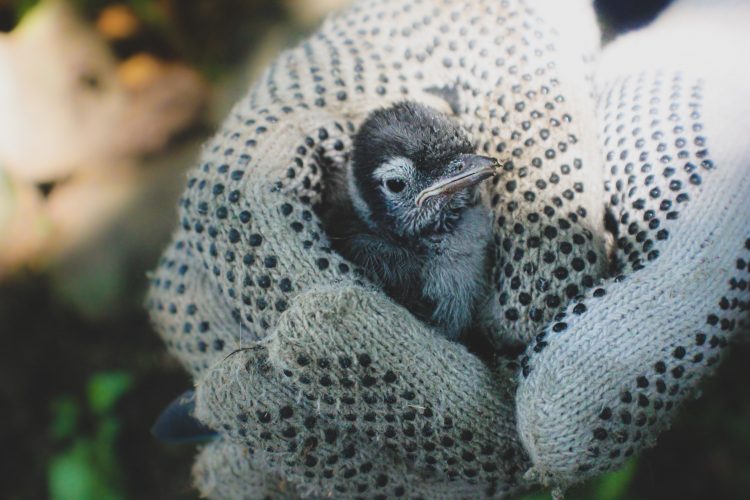