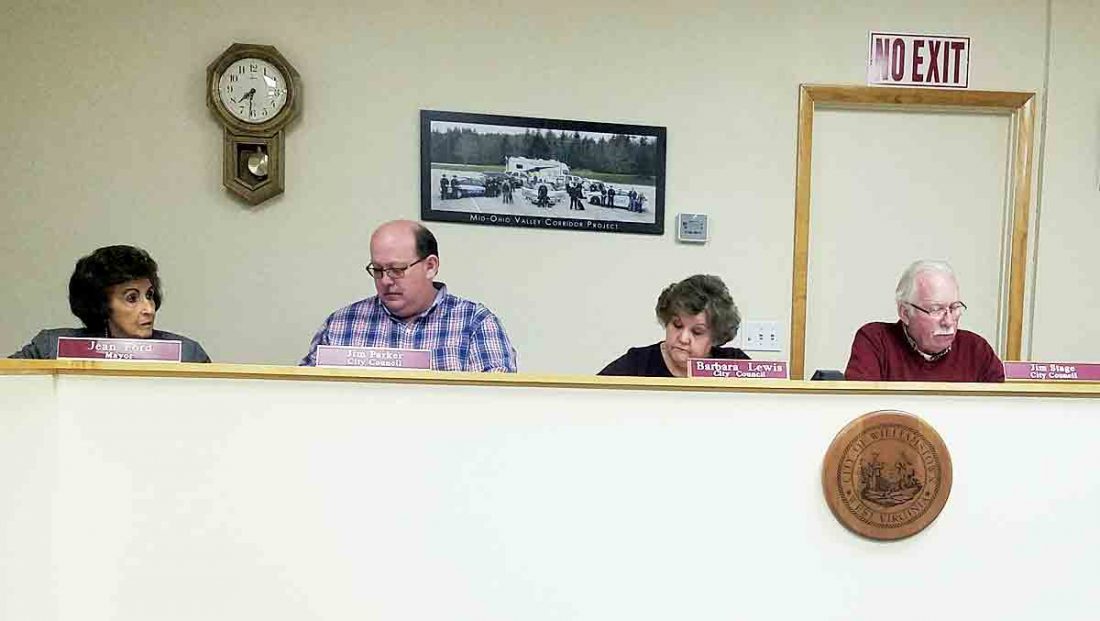 WILLIAMSTOWN — Williamstown Mayor Jean Ford announced at Tuesday’s city council meeting that there is a likely chance that Park Avenue and the 200 block of West Fifth Street will be closed Thursday to bring a crane and 70-foot I-beam to the middle school for the new auditorium.

According to Ford, the crane will be parked at the library, so it too will be closed.

“It depends on the weather, but Mike Fling (Wood County Schools assistant superintendent) said the closure is expected to last two to four days,” said Ford.

The city has arranged for traffic control to be out assisting drivers, especially during school drop-off and pick-up hours.

Traffic was a popular topic at Tuesday’s meeting, and two issues were discussed.

The first was adding a third stop sign to a T intersection at Henderson Avenue and Eighth Street.

Police Chief Shawn Graham said those traveling westbound do not stop, while eastbound and northbound motorists do.

“You think the cars driving west toward you will stop, but they don’t,” said council member Marty Seufer.

An ordinance will be drawn up by Williamstown city attorney Blaine Myers and council will vote on it. A sign can be erected before the ordinance if council feels there is an urgent need, but most of the concern is for after the new school is completed and the area sees an increase in traffic.

The other traffic issue involves semi trucks unrelated to the school construction using city streets as short-cuts and driving on sidewalks due to the narrow space.

Myers looked into the issue and there is an ordinance restricting vehicles over eight tons from driving on city streets. The city will be erecting signs and enforcing this ordinance.

∫ A resolution passed on first reading that would alter four addresses on East Fourth Street to be on Snodgrass, because although the front of the houses face West Fourth, there is no access to them, making it difficult for first responders to reach the homes.

The residents still need to be notified of the proposed change and given a chance to speak in objection to the change; council said residents will be notified before the next meeting.

∫ Ford gave an update on the feral cat problem, saying the issue remains a priority. City officials are working to create an ordinance that would possibly include animal control.