Medics in short supply, on the ground and in the air

Photo by Michael Kelly Nurse-paramedics Carolyn Walker and Joe Baker accompany pilot Max Doner, back, as they flight-check the MedFlight helicopter at the Morgan County Airport outside McConnelsville on Wednesday. The base serves several adjacent counties, including Washington, for emergency air ambulance runs.

Photo by Michael Kelly Pilot Max Doner does a routine check of the MedFlight EC-130 helicopter at the organization’s Morgan County airport base Wednesday, while nurse-paramedics Carolyn Walker and Joe Baker inspect supplies and other items. 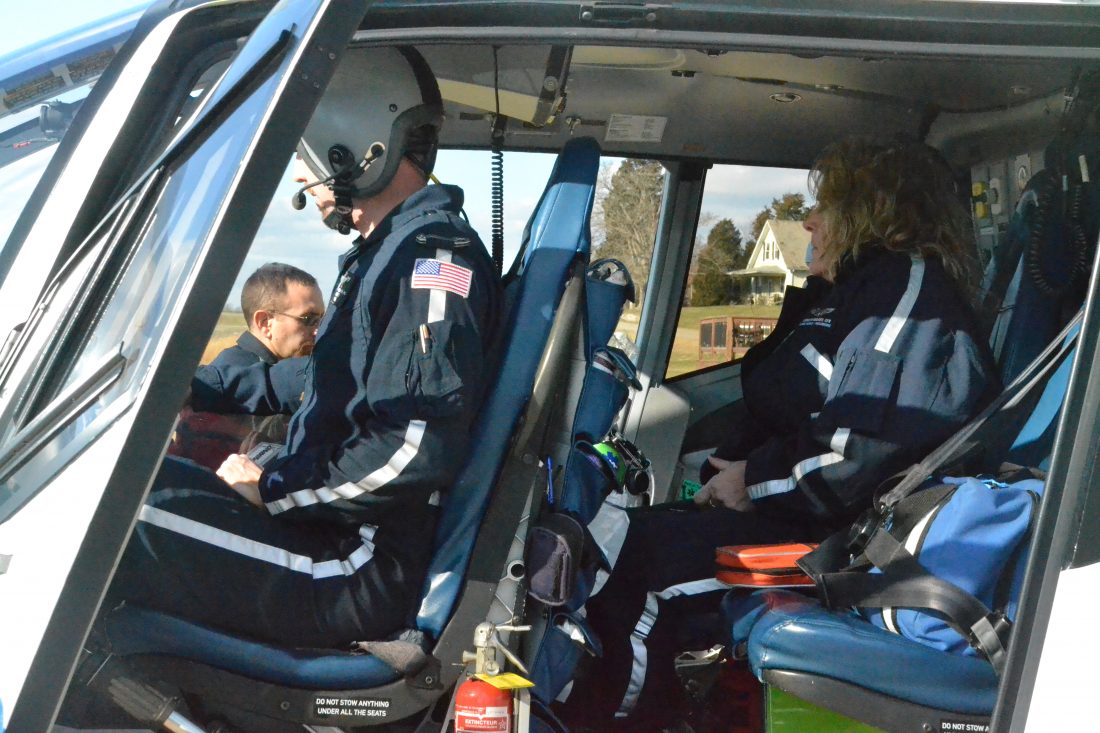 Photo by Michael Kelly Pilot Max Doner does a routine check of the MedFlight EC-130 helicopter at the organization's Morgan County airport base Wednesday, while nurse-paramedics Carolyn Walker and Joe Baker inspect supplies and other items.

McCONNELSVILLE – David Ankrom spends a lot of his time out in the community. In addition to touting the rewards of a career as a flight medic with his company, MedFlight, he’s looking for people.

Ankrom, the external base lead for MedFlight’s southeast Ohio operation at the Morgan County Airport, said he attends meetings of township volunteer fire departments, educational events like the Fort Frye High School Community Day in December, and management sessions for the hospitals that are the air ambulance firm’s partners.

About a dozen people work at the MedFlight operation at McConnelsville, including nurses, emergency medical technicians, contract pilots and contract mechanics, all dedicated to flying off at a moment’s notice aboard the EC-130 helicopter to move the injured and ill, sometimes from the scenes of accidents, other times to shuttle patients from one hospital to another.

Although staffed with a full crew in McConnelsville, MedFlight – which operates in most areas of Ohio from a dozen bases scattered around the state – is always on the lookout for recruits.

“I attend all these local emergency services and volunteer fire department meetings, help them figure out how to get more people to join,” he said. “We use the helicopter when we can to promote interest in the profession.” 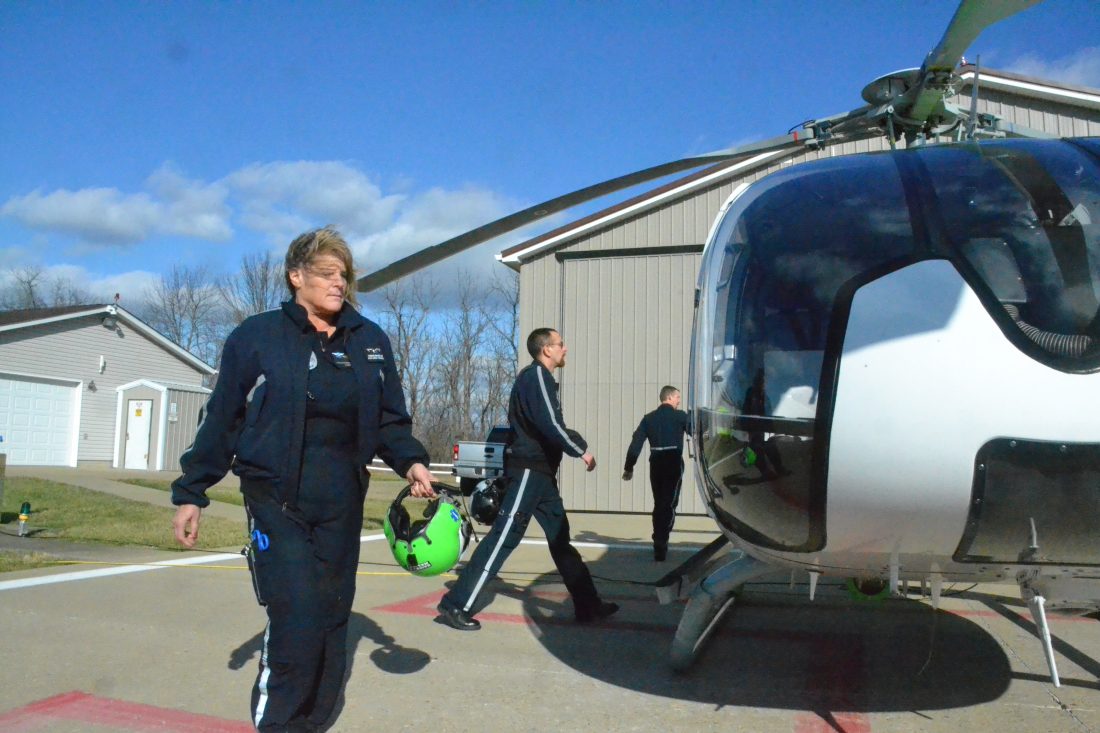 Photo by Michael Kelly Nurse-paramedics Carolyn Walker and Joe Baker accompany pilot Max Doner, back, as they flight-check the MedFlight helicopter at the Morgan County Airport outside McConnelsville on Wednesday. The base serves several adjacent counties, including Washington, for emergency air ambulance runs.

Ankrom said he still volunteers with his home VFD in Little Hocking.

In addition to medical skills, they also need some knowledge of flight procedures, he said.

“There is a national shortage of flight paramedics,” said MedFlight vice president of business development Todd Bailey. “It’s a profession where you really need to feel a calling to serve.”

The EMT profession in general is a growth occupation, with the Bureau of Labor Statistics forecasting a 7 percent rate of growth over the next decade. Basic EMT certification is available without post-secondary education, but it costs, and the pay – a median wage of about $30,000 a year – is only average.

Despite the demand for people in the profession, both Washington State Community College and the Washington County Career Center dropped EMT as a course offering several years ago as enrollments dropped off.

Tony Huffman, adult training director at the career center, said both the Reno and Devola volunteer fire departments have approached him, asking to have the program started again.

“Some of the departments have gotten their own trainers, and also for us it’s a challenge finding someone to teach it,” Huffman said. “But we have a couple of people who would be willing to teach it, and we’re looking into that.”

Joseph Gebczyk got his basic EMT certification while volunteering with the Barlow department and working as a repairman for office machinery. He said he eventually got his advanced EMT certification and after three years hired on with MedFlight. He accompanied Ankrom to the Fort Frye school event.

“Lot of kids are asking about this, the medical field is wide open, and work with a VFD can be a giant stepping stone,” he said.

Ankrom has worked with MedFlight for a decade, and Bailey has been with the nonprofit, which is operated as a joint undertaking by The Ohio State University Wexner Medical Center and Ohio Health, for 24 years.

“It’s a pay-it-forward career,” Bailey said. “Dave is an example, trying to give young people a bridge to this vocation, creating a program to get them there.”

Jim Mason works as an EMT with the Devola VFD. He said he is a licensed instructor but has still urged the career center and college to offer EMT courses.

“There’s a definite need, not a lot of people doing it,” he said. Part of the obstacle is the cost of entry and the pay, he said.

“Just for basic certification, it’s $1,700. Unfortunately, young people just can’t see it as a career. Honestly, the pay stinks,” he said. “You really have to want it as sort of a calling.”

“I would say in general that our crews have worked in the field for many years prior, and demonstrated excellence … and are slightly better compensated on average for what they do,” he said. “I just wish the industry as a whole was better compensated. Perhaps over time we will see that change for the better. They are some of the best, most dedicated people I know. I have been honored to work with them for over two decades.”

• Placed in above-average growth forecast of 7 percent over next decade. 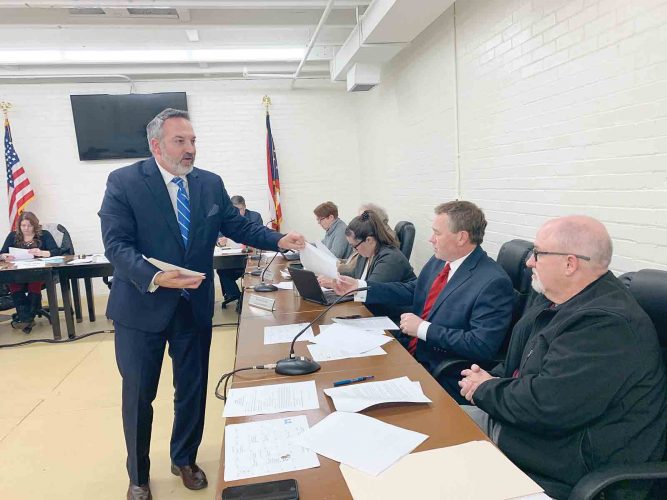 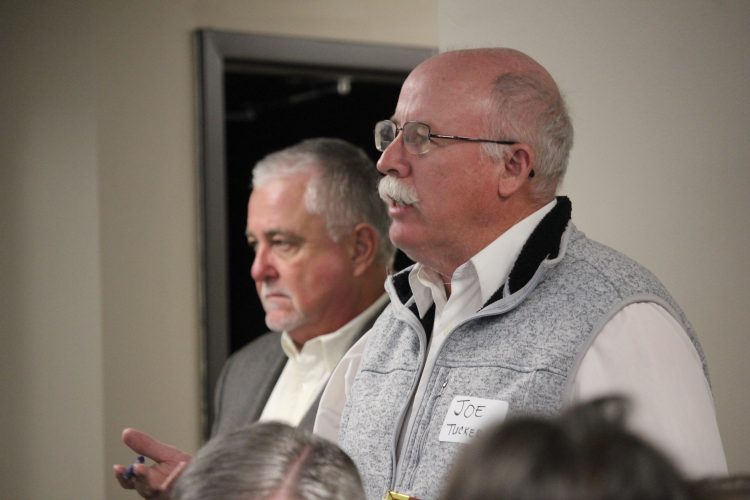 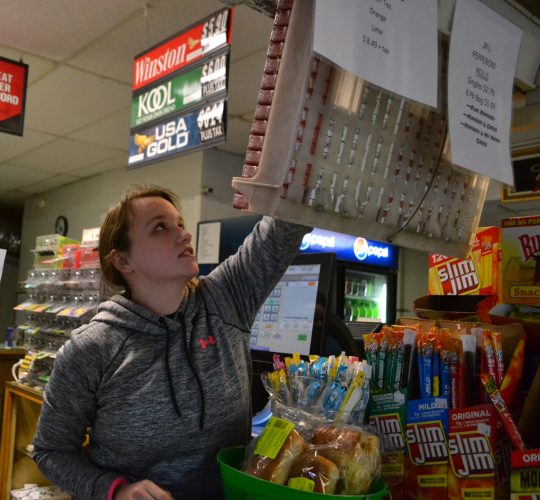 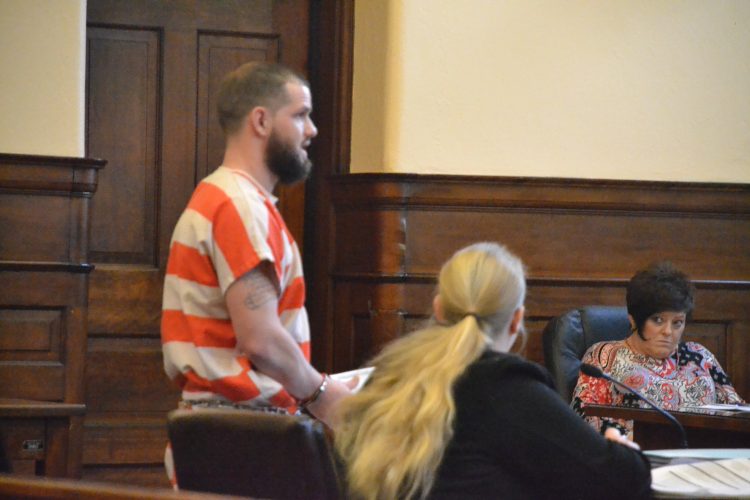