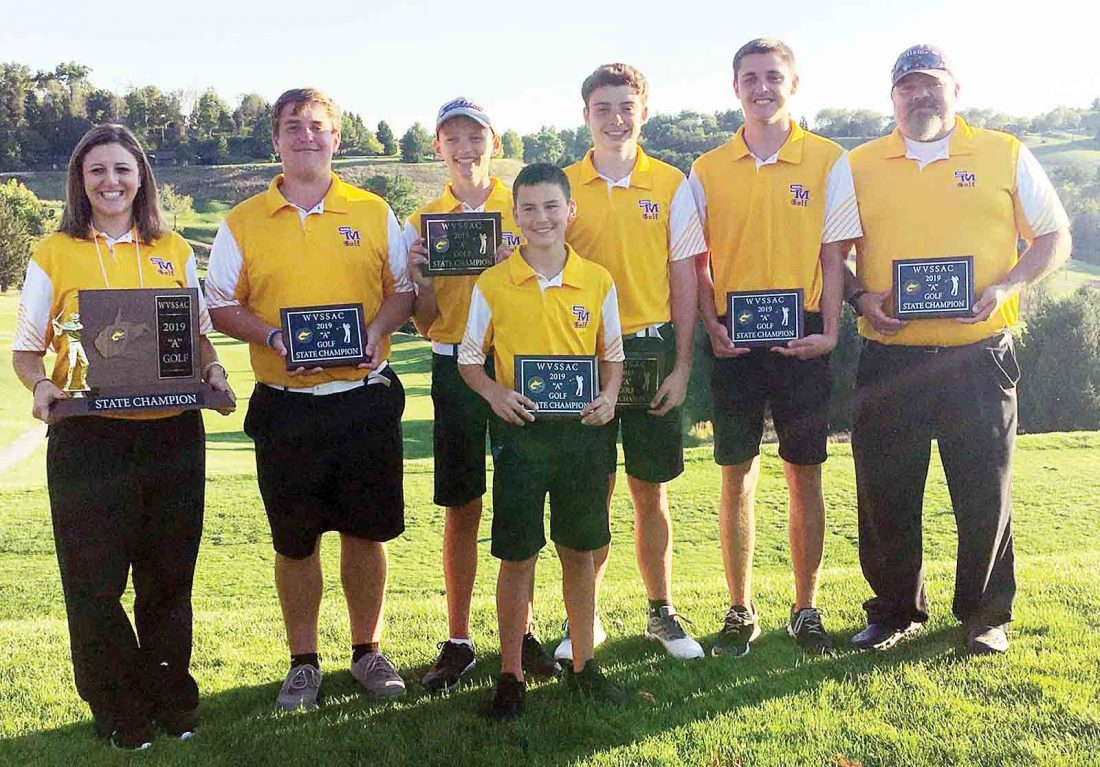 CHARLESTON – A resolution recognizing the St. Marys High School golf team and its state championship was approved Tuesday by the West Virginia Senate.

St. Marys, under first-year coach Catie Hamilton, in October won the 2019 West Virginia Class A golf championship by 21 strokes over Ritchie County on the Jones Course at the Speidel Golf Club at Oglebay Resort in Wheeling.

The last time the school won a golf championship was in 1989.

“Whereas, the St. Marys golf team displayed their strong will and determination for an entire season and is a shining example of what can be accomplished with dedication, commitment, and teamwork,” the resolution said.

The team’s performance at the Jones Course included freshman Ethan Davis shooting a 93 after an opening day 100 and Grant Barnhart and Brandon Lawhon shooting an 85 and 91, respectively, on the par 71 course.

The team is coached by Hamilton and Blaze Armstrong. Other members of the team were Ethan Bennett, Luke Webb, Brayden Hall and Kyle Jones.