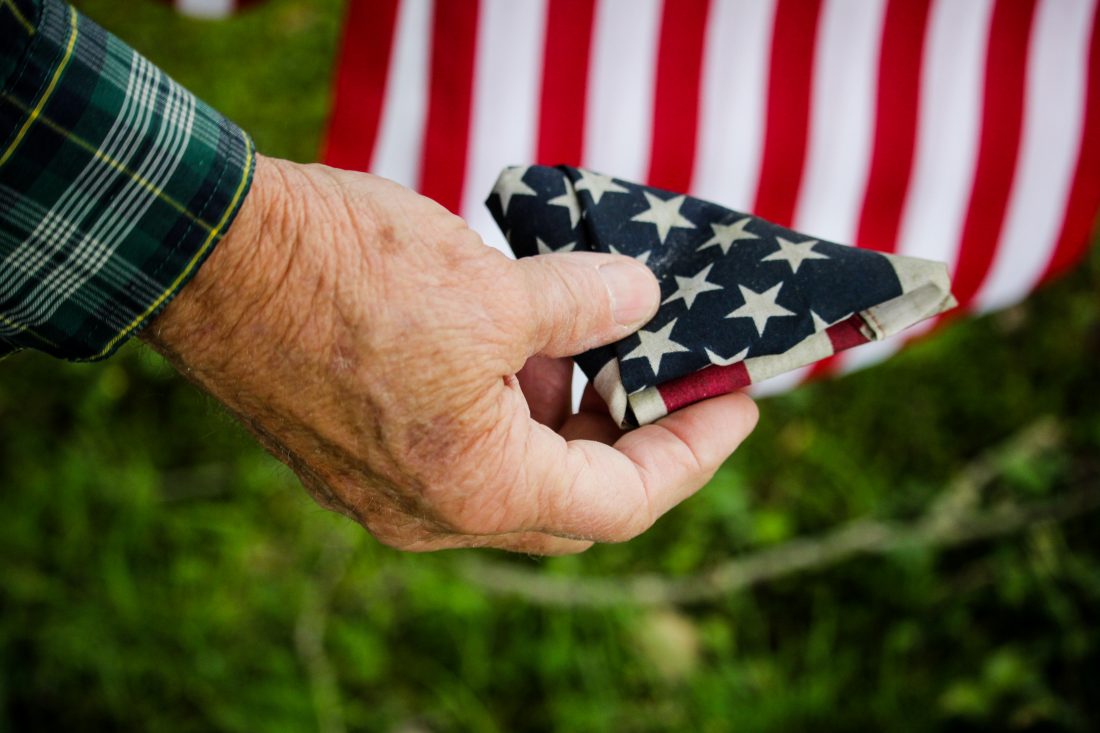 • Federal law dictates the uses of the American Flag and outlines what offenses and abuses should not be shown to the nation’s banner.

No disrespect should be shown to the flag of the United States of America; the flag should not be dipped to any person or thing. Regimental colors, State flags, and organization or institutional flags are to be dipped as a mark of honor.

(a) The flag should never be displayed with the union down, except as a signal of dire distress in instances of extreme danger to life or property.

(b) The flag should never touch anything beneath it, such as the ground, the floor, water or merchandise.

(c) The flag should never be carried flat or horizontally, but always aloft and free.

(d) The flag should never be used as wearing apparel, bedding or drapery. It should never be festooned, drawn back, nor up, in folds, but always allowed to fall free. Bunting of blue, white and red, always arranged with the blue above, the white in the middle and the red below, should be used for covering a speaker’s desk, draping the front of the platform and for decoration in general.

(e) The flag should never be fastened, displayed, used or stored in such a manner as to permit it to be easily torn, soiled or damaged in any way.

(f) The flag should never be used as a covering for a ceiling.

(g) The flag should never have placed upon it, nor on any part of it, nor attached to it any mark, insignia, letter, word, figure, design, picture or drawing of any nature.

(h) The flag should never be used as a receptacle for receiving, holding, carrying or delivering anything.

(i) The flag should never be used for advertising purposes in any manner whatsoever. It should not be embroidered on such articles as cushions or handkerchiefs and the like, printed or otherwise impressed on paper napkins or boxes or anything that is designed for temporary use and discard. Advertising signs should not be fastened to a staff or halyard from which the flag is flown.

(j) No part of the flag should ever be used as a costume or athletic uniform. However, a flag patch may be affixed to the uniform of military personnel, firemen, policemen and members of patriotic organizations. The flag represents a living country and is itself considered a living thing. Therefore, the lapel flag pin being a replica, should be worn on the left lapel near the heart.

(k) The flag, when it is in such condition that it is no longer a fitting emblem for display, should be destroyed in a dignified way, preferably by burning.