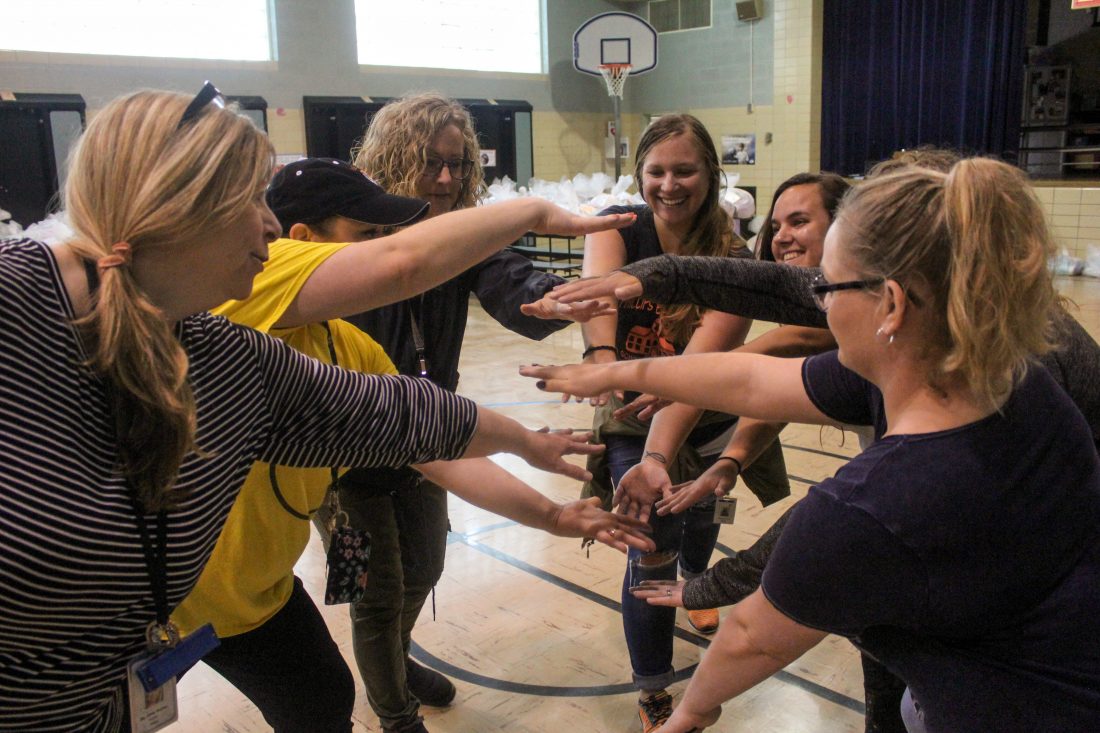 Though the spring five-year financial forecast is due at the end of May for local public school districts, treasurers are saying projections can’t be relied upon due to the impacts coronavirus.

“After this school year closes we may be able to project, but it also depends on how quickly people go back to work (whether state) cuts will be greater percentage-wise than this school year,” said Marietta City Schools Treasurer Frank Antill.

“You have to remember that the percentage of funding a school district receives from the state is based upon wealth capacity,” explained Antill.

Wealth capacity includes the taxable property values, from which the majority of funding is sourced at the local level.

Antill, who previously served as the Frontier Local Schools treasurer before joining the Marietta district in 2015, explained that while it may look like less of a loss for Frontier ($163 per student) than Marietta ($220 loss per student), the metric is more complex.

“Frontier relies on more state funds than the percentage we get, that’s why our loss looks bigger,” said Antill.

So for pre-coronavirus budgeting, Frontier Local Schools relied upon the state for approximately $9,191 in funding per student for its general operating expenses.

Marietta City Schools relied on the state for $3,390 in funding for the same.

Howard said with the small district’s loss of $100,037, the carry-forward balance into the next school year should be OK, but projections are still tenuous for the 2020-21 school year and the next four years afterward.

“We do have a cash balance, but I had projected that next year we’d start pulling down from that,” Howard explained. “Which means we’d be spending more money than the revenue brought in.”

Meanwhile, the charge to readjust how new education lessons are delivered in the next school year will draw on local districts to spend more before August.

Marietta City Schools Board of Education unanimously approved the purchase/lease of electronic devices for every child in the district, calling the program one-to-one.

But the cost to outfit the approximately 2,600-member student body with either a laptop (grades 3-12 ) or an iPad (grades K-2) is only part of the expenses moving forward.

“We plan to issue on loan iPads to each student in kindergarten through second grade, then use already purchased devices we have, HP Streams and Google Chromebooks, for our (third through sixth) grades and then purchase (or lease) new Chromebooks for grades 7-12,” explained Jona Hall, director of curriculum and technology.

Antill said the purchase order will acquire approximately 1,800 new devices for the district and the board approved the purchase/lease of the devices for a cost not to exceed $600,000 Monday.

At Frontier, Howard said many in the smaller district’s student population already have devices at their disposal, so the cost to finish out a full one-to-one program there is estimated at $25,000.

The Marietta City Schools Board of Education also passed the renewal contracts for continued employment of 47 employees Monday including teaching staff, specialists and six administrators.

Board member Stacey Hall pointed out a discomfort with administrator contracts of equivalent positions with contracts renewed last year only seeing one-year renewals instead of the larger steps usually reserved for longer tenancy in a position.

Board president Doug Mallett confirmed with Antill and Superintendent Will Hampton that none of the contracts being renewed are a guarantee of future employment during the planned consolidation efforts slated for the 2021-22 school year.

“(The $581,100 in state cuts) is a significant blow to our revenue and we are having to make some difficult decisions,” Hampton said in an email sent out to district parents last week. “My hope is that through attrition (retirements and departures), I can reduce staffing enough to to offset this sudden and unexpected loss.”

Antill said Friday that seven positions will not be filled following resignations and retirements this school year.

Board member Mark Duckworth abstained from the votes for each of the administrators; Lynn Doebrich, Jona Hall, Cheryl Cook, Chris Laumann, Chad Rinard and Brittany Schob.

“All six of the administrative contracts were in the final year of their contract and required two evaluations. I simply was fulfilling my obligation as an elected BOE member as I asked for copies of these two evaluations on each administrator to be scanned and sent to each BOE member this past Friday so they could review them before the meeting on Monday,” Duckworth said Tuesday. “I have asked for these each and every year that I have served on the BOE. There is no way an individual can evaluate an administrator without a copy of their job description and a list of the goals the employee was charged to accomplish in the said year of the evaluation.”

Duckworth said without the documents requested he chose to abstain from the votes.

“I was being asked to allocate around one million dollars of public funds, yet I was not provided the necessary documents to do a proper evaluation and assessment of each employee as required by law,” he explained. “It’s my job as an elected official to verify this process is wholly and legally accurate … I chose not to vote on each administrator as it is my opinion that the law was not followed properly.”

The losses reflect a percentage of the school district’s state revenue to be withheld this school year based on the $775 million state budget cuts announced this month.

Schools that receive a higher percentage of state aid saw less of a per-student loss than property-rich districts.