The Marietta-Washington County Convention & Visitors Bureau is helping to sponsor the national coverage.

“It was a no brainer to help sponsor the television coverage of this is a great event for our community,” Executive Director of the Marietta, Washington County Convention and Visitors Bureau Deana Clark said. “There truly is something for everyone on Roar weekend. And any time we can host travelers from all over the country for an event that showcases our wonderful rivers …it makes our city shine.”

For those who want to watch the coverage on demand, visit youtu.be/xkShGOWeYXg.

Crowds have been pouring in to watch the Riverfront Roar boats race in down Marietta for 19 years. The event is one of 150 Powerboat Superleague races the American Power Boat Association sanctions nationwide annually. Marietta’s race attracts more than 40,000 spectators over the three-day weekend and has often been named one of the best venues.

Other attractions for the annual event included the Rollin’ Oldies Car Show, a 5K race, a kid zone with inflatables, and the traveling Columbus Zoo.

For more information about Marietta tourism, contact the Marietta/Washington County Convention and Visitors Bureau at 740-373-5178 or visit mariettaohio.org. 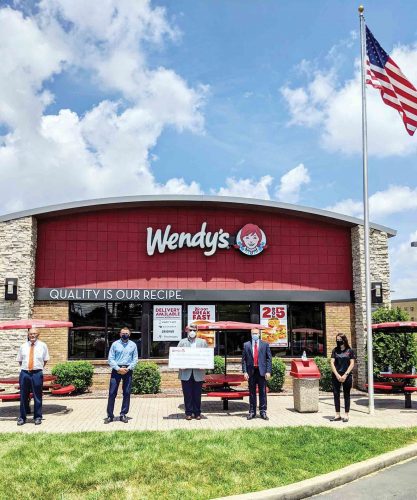