Steppin’ Out for Prom 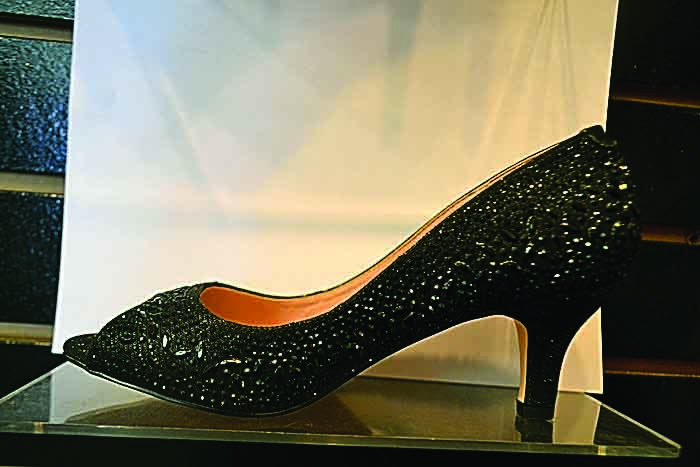 PEYTON NEELY The Marietta Times A black low-heeled shoe from Elizabeth Michaels is a really popular shoe for this prom season.

Dresses and tuxedo rentals are, of course, a big portion of the prom looks being planned by local high schoolers. However, what they’re walking in may be quite eye-catching as well.

This year’s shoe trends have shaped up into something more modern, pushing away from cowboy boots, which was a huge trend in past years.

“Girls wearing cowboy boots kind of went away a couple years ago,” said Kristina Davis, owner of Elizabeth Michaels in Vienna. “Now girls are looking for something that’s comfortable with some bling on it. We rarely see a shoe that girls will buy over three inches tall.”

Davis said a lot of girls come in wanting something that also won’t make them taller then their date.

“A lot of girls buy flats and sandals,” she said. “The jeweled flip flops are a big hit too. Something comfortable but cute.” 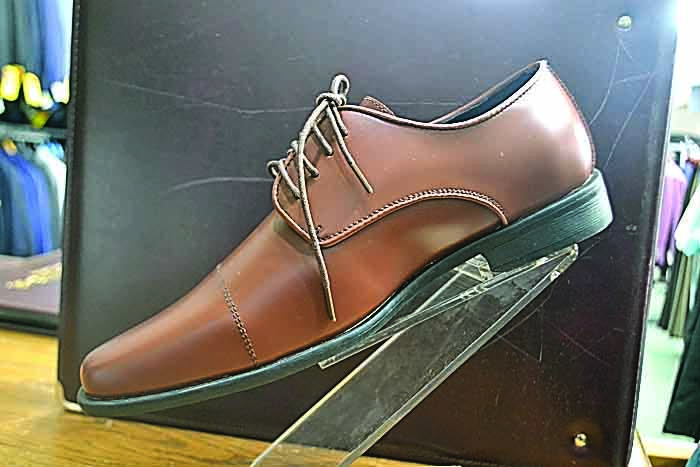 PEYTON NEELY The Marietta Times According to Michael Roten, formal wear manager at Horner and Harrison in Vienna, this brown shoe is very popular as blue and gray tuxedos are the trend this year.

Fort Frye High School senior Chelsey Snodgrass, 18, said she hasn’t decided about going to prom but knows what footwear she would choose.

“If I go, I’m definitely wearing my Converse sneakers,” she said. “I can’t walk in high heels and I hate them.”

Both Davis and Michael Roten, formal wear manager for Horner and Harrison in Vienna, said that wearing your old Converse Chuck Taylor sneakers is a trend that has been around for a very long time.

“Guys still wear them,” said Roten. “Usually they’ll tell us that they’re wearing those and then we can pick a tux from there.” 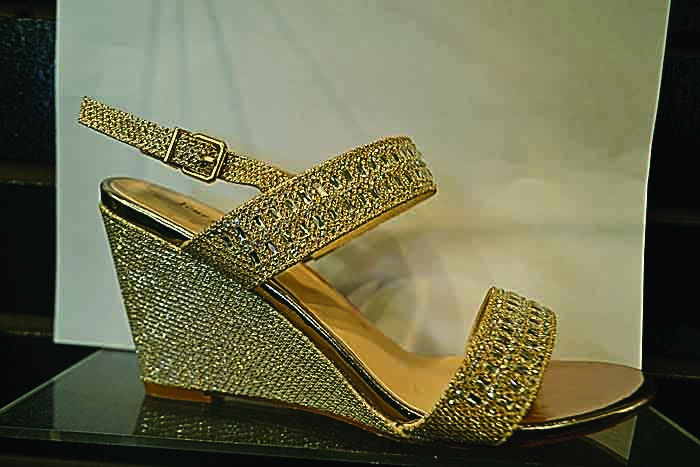 PEYTON NEELY The Marietta Times For girls that want a heel without having a difficult time walking, this sparkly wedge from Elizabeth Michaels is a popular option.

“Probably heels but I’m not sure what kind,” she said. “I have a long dress but still want to look taller.”

Armstrong said her date will probably just wear what is rented with his tux, which is common among the boys. Roten said a lot of guys are picking navy tuxedos and leaning toward wearing the honey-brown shoe.

“Of course there are still boys that will want to wear their work boots,” he said. “It really depends on demographic but I’ve noticed they aren’t sticking with the traditional black shoes anymore.”

Work boots among the young men is a trend that seems to be sticking around. Tristen Martin, 18, of Waterford, said he plans to attend both the Washington County Career Center prom and his home school’s prom as well.

“I always wear my boots so this is probably what I’ll wear,” said Martin. “I mean, they’re the most comfortable.”

Career center senior Faith Weckbacher, 17, said she’s recycling some sparkly, silver heels she’s had in her closet since she was in junior high school.

“Since it’s my senior year, I’ll probably go to both proms,” said the Marietta resident. “I’ve had these heels since like eighth grade and they haven’t seemed to go out of style yet.”

According to Davis, Elizabeth Michaels sells a lot of the open-toed heel, but again, not a very tall one. Nude open-toed heels also seem to be a reoccurring trend among girls this year.

“They match everything so I think I’ll wear them again,” she said.

“Keeps it classic and it’s easy,” he said.

Across the river, Williamstown senior Abby Cain, 17, is also carrying on the trend for nude pumps.

“They’ll probably be a little bit taller,” she said. “I don’t know what my date’s wearing but of course I already have everything done. I have my dress picked out but someone is making it.”

Regardless of what shoes they wear, the majority of girls said they slip their shoes off to dance anyways.

“Shoes are really just important for the walk in,” said Davis. “That’s the most important part. You have to look good for prom walk-in and that’s when the shoes absolutely matter.”

PEYTON NEELY The Marietta Times A black low-heeled shoe from Elizabeth Michaels is a really popular shoe for this prom season.

PEYTON NEELY The Marietta Times According to Michael Roten, formal wear manager at Horner and Harrison in Vienna, this brown shoe is very popular as blue and gray tuxedos are the trend this year.

PEYTON NEELY The Marietta Times For girls that want a heel without having a difficult time walking, this sparkly wedge from Elizabeth Michaels is a popular option. 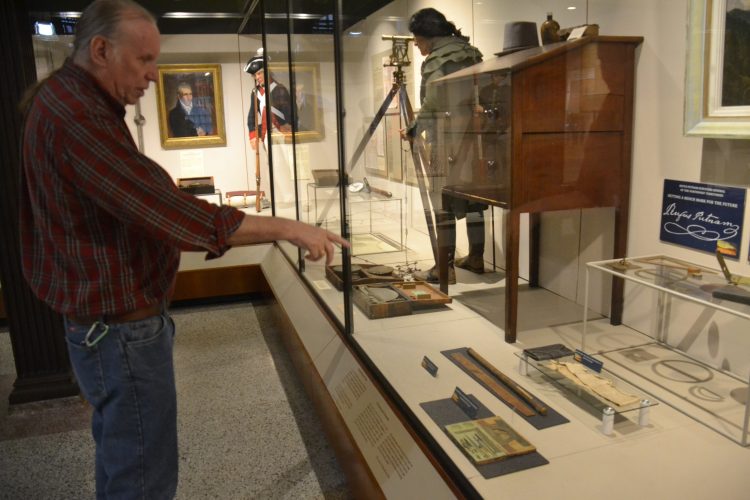 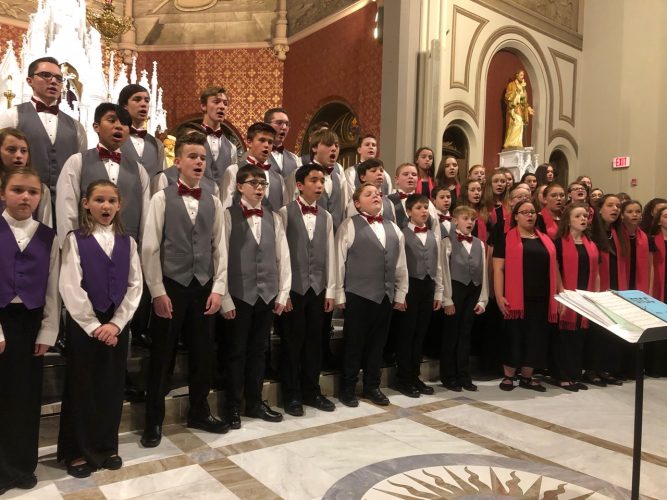 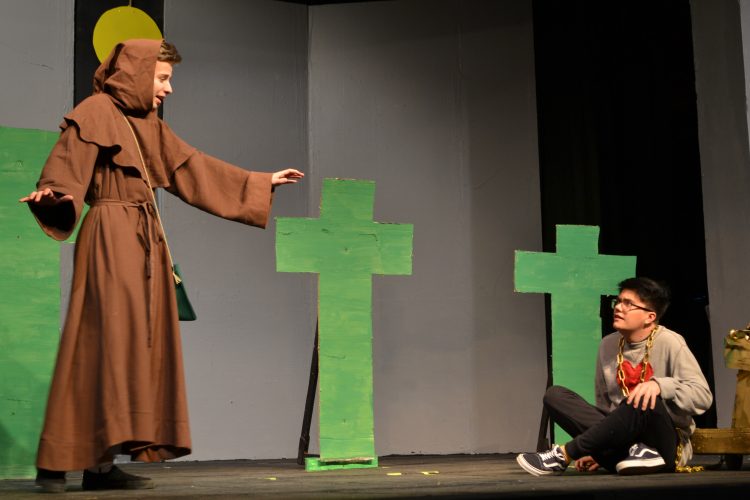 From staff reports Books collected over the lifetime of the late Rod Hineman will be offered for sale from 11 ...