A girl and her dog 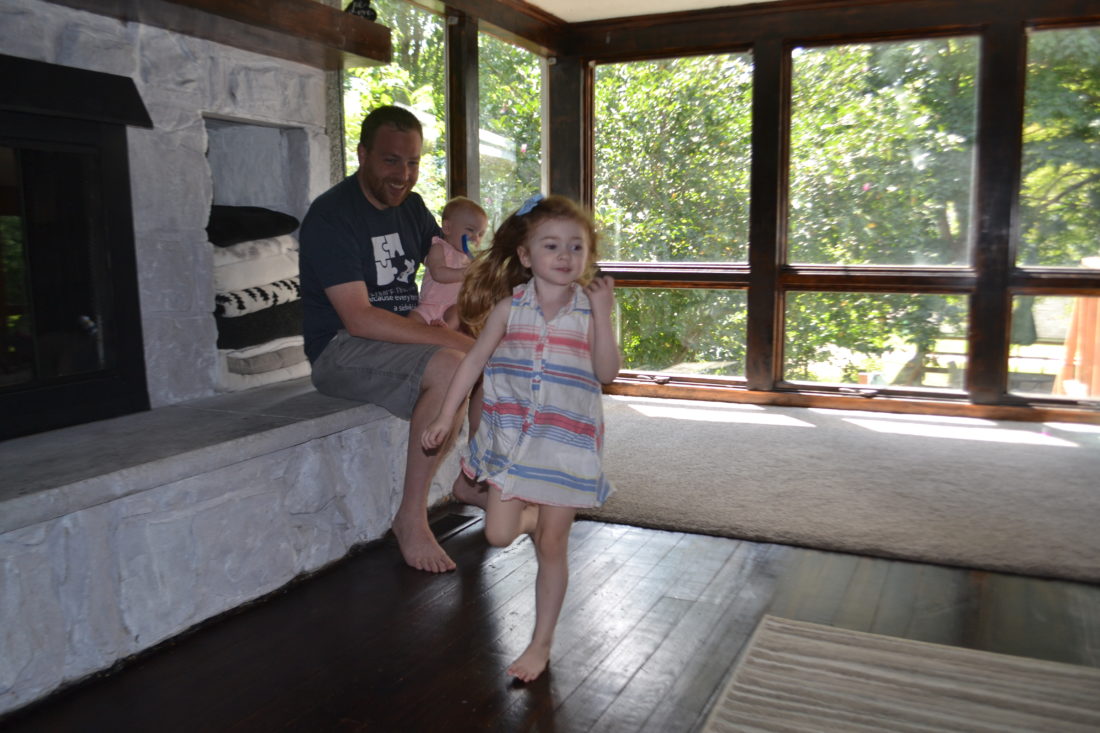 MICHAEL KELLY The Marietta Times Romy Booth runs across the living room of her family home on Third Street in Marietta Wednesday afternoon as her father, Josh Booth, and little sister Winnie watch.

Slender, 3-year-old Romy Booth moves easily and smoothly around the Booth family living area at the house on Third Street in Marietta, her long hair streaming and eyes seemingly fixed on something in the middle distance, a slight smile playing about her features. On Wednesday afternoon, it was a landmark of sorts because she’d just finished her first morning of pre-school at Ewing School.

The second of four children for Josh and Alexis Booth, Romy seemed unusual to her parents starting at age 12 months, and on the advice of an occupational therapist the couple took her to Nationwide Children’s Hospital for an evaluation. Autism Spectrum Disorder was the diagnosis.

As the name suggests, ASD runs a gamut of expressions. In Romy’s case, she has trouble developing language and social skills – people with autism can appear not to understand the purpose of either — but lacks nothing in regard to intelligence.

“She’s an escape artist. There’s nothing she can’t unlock or open,” Alexis said. Romy enthusiastically explores her environment, declines to be limited and has no ordinary sense of danger.

“She’s smarter than all the rest of us combined,” Josh said. “So small, and so stealthy.”

The Booths knew they had to do something, Alexis said, when a few months ago Romy got out the front door and headed for busy Third Street and its traffic.

The solution came from a suggestion made by Romy’s occupational therapist.

“She suggested a dog,” Alexis recalled. “I’m a person who wants to get things done right away, so I began to research online and found Ry-Con.”

Service dogs come in many forms, from those that simply provide comfort and companionship to dogs that can sense when their diabetic owners are having medical trouble and respond by going for help. But service dogs that can help people with neurological disorders are a special breed and a recent development.

Mark Mathis founded Ry-Con, a nonprofit organization in Apex, N.C., 10 years ago after training a dog to help his own autistic son. Now the organization trains 30 to 40 dogs a year specifically to help autistic children survive their own impulses and adapt to the world.

The protective companionship of a dog can help autistic children in numerous ways, he said.

“The core focus is on neurological disabilities, and that’s where we differ from other service dog training,” he said. Romy’s dog, Harvey, is a puppy under training right now.

“A dog doesn’t need to be 3- to 5-years old to sleep with a child, to be a comforting warm body. Children want and need social interaction, and a dog is an ideal bridge for that,” Mathis said. A child with autism could be ignored, or worse, bullied in social situations, but an autistic child with a dog is an invitation to become a friend.

The dog, he said, is trained not only to be a loyal companion but also to curb impulsive behavior, help with life skills development and provide comfort that can avert “meltdowns” – autistic people are prone to volcanic tantrums when they are frustrated.

“If we can knock out 70 percent of those episodes, that’s a huge accomplishment,” Mathis said.

Ry-Con uses only Briard dogs, a French breed of herding dogs, because they’ve shown ideal combinations of temperament for the job, he said. They’re big, double-coated furry animals that have a teddy-bear feel, shed little and are resistant to distraction.

Alexis said the first time they took Romy to Ry-Con, she was allowed to meander the big but closed compound with the dogs.

“It was the first time I’d seen her roam around outside, safe and independent,” she said. Her tendency to run off was gently curbed by the dogs, giving her a puzzled interest in them.

“Maisy knows all her social cues,” Alexis said. “She talks about the dog. She says, ‘Harvey is going to come and make Romy safe.'”

Alexis said she sees Harvey as another resource for Romy, in addition to occupational and physical therapy, speech pathology and education, plus all the safety adaptations at home, which include door alarms, interior gates and covered doorknobs. The community also has been generous in supporting the family, including donations through a GoFundMe campaign online and other fundraising efforts, she said.

Harvey will cost the family about $14,000, approximately a third of what it costs to Ry-Con to train him. The fee includes lifetime support for the dog’s mission.

The GoFundMe campaign has had some success to date – a check on the site Wednesday showed more than $11,000 raised – and merchants are helping out with events this month, including Food for a Cause at Joe Mama’s Restaurant in the Frontier Shopping Center and proceeds from Wednesday trivia night all month at Over the Moon Pizza downtown. A fundraising dinner will be held at the Shrine Club Sept. 28, which includes the meal, inflatables for the children to play on, a silent auction and raffles. The Booths are accepting donations for the auction and raffle, and tickets are available at Dad’s Primitive Workbench downtown, Stacey’s Dance Studio on Pike Street and at the door on the night of the event.

All donations are going directly to Ry-Con to pay the cost of Romy’s dog, Alexis said.

Through use of #romyspeople online, the Booths have met other families of autistic children and publicized their cause, including the sale of T-shirts, she said.

Fundraisers this month to help get Romy a service dog:

•Wednesday trivia nights at Over the Moon Pizza & Pub.

•Food for a Cause at Joe Mama’s Restaurant.

•Dinner at the Shrine Club Sept. 28, tickets at Dad’s Primitive Workbench, Stacey’s Dance Studio or at the door. 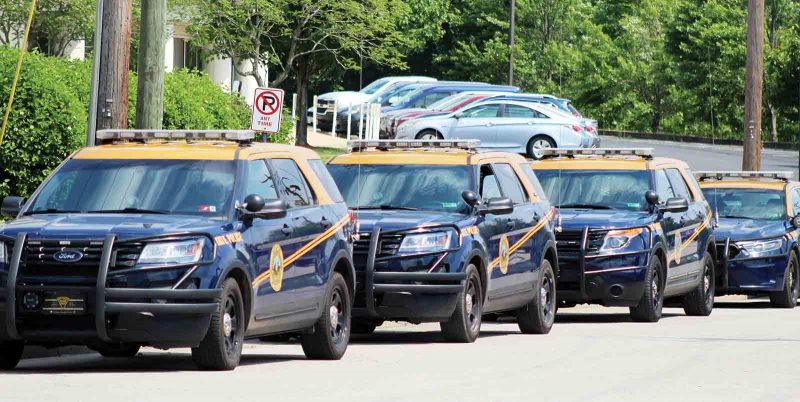