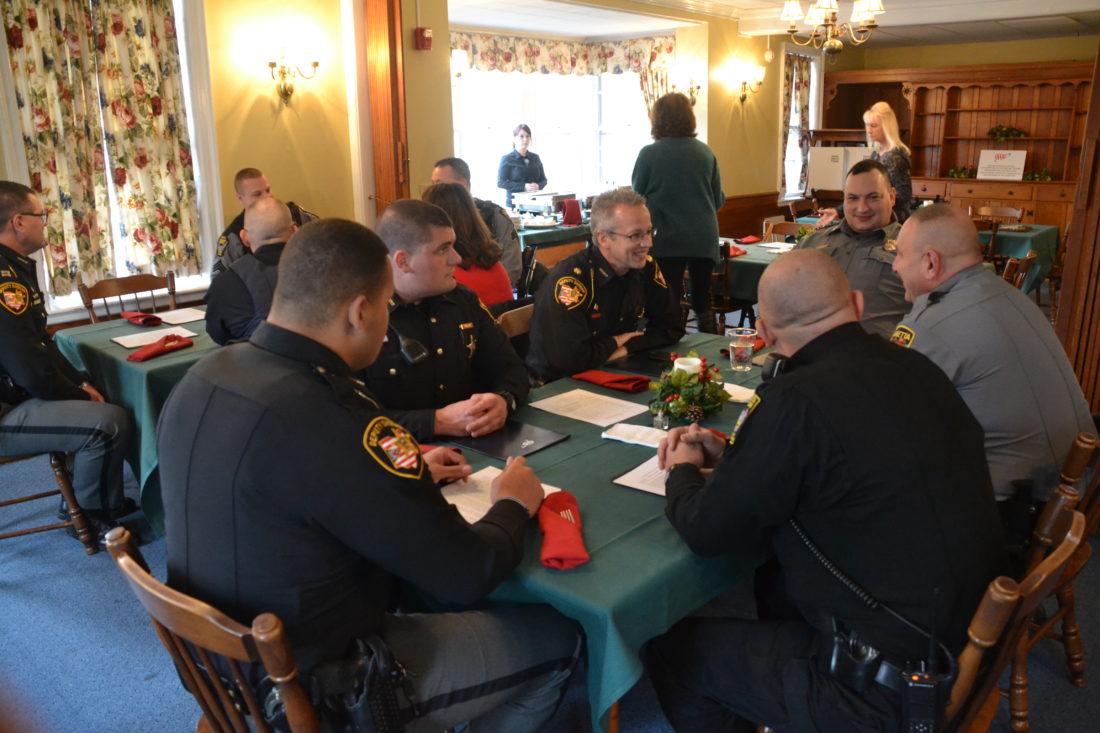 Although traffic safety is a concern at this time of year, the people who enforce the law and put significant effort into keeping the crash, injury and fatality numbers as low as possible are sometimes taken for granted.

The American Automobile Association tries to give them some recognition, and Wednesday at the Betsey Mills Club in Marietta the East Central AAA treated a group of about a dozen of them to lunch and presented awards for their work.

“They put their lives on the line,” Lambert said. “Highways are some of the most dangerous places on earth, and they protect hundreds of thousands of motorists every day.”

The award plaques are not pro forma presentations, she said. The departments have to earn them by demonstrating that they are meeting the traffic safety objectives they set for themselves.

Capt. Aaron Nedeff of the Marietta Police Department, which received a platinum award, said the AAA program helps department morale and also helps them focus on what they’ve accomplished.

“Every year we get it, we hang it up in the department. It gives us a sense of pride to be acknowledged like that,” he said. “Part of what we do is look at numbers, analyze data, it gives us an idea of how we’re doing.”

Capt. Brian Rhodes of the Washington County Sheriff’s Office, which also received platinum, said this year was the first he’s done the application for the award.

“When you do the paperwork, it’s a chance to look at the things the officers are doing, like the work at Safetytown, seat belt awareness, railroad crossing safety,” he said.

Rhodes said deputies are focused are maintaining a presence in school zones, along with citing traffic offenses, which are often a gateway to felony arrests for an array of crimes.

“I spend a great deal of time working with police, and it’s my favorite part of the job,” Lambert said. “They’re very real people and they make sacrifices to keep us safe.”

Each element of their work, she said, can have big ramifications.

“If they get one unsafe truck driver off the road, for example, that can save lives,” she said.