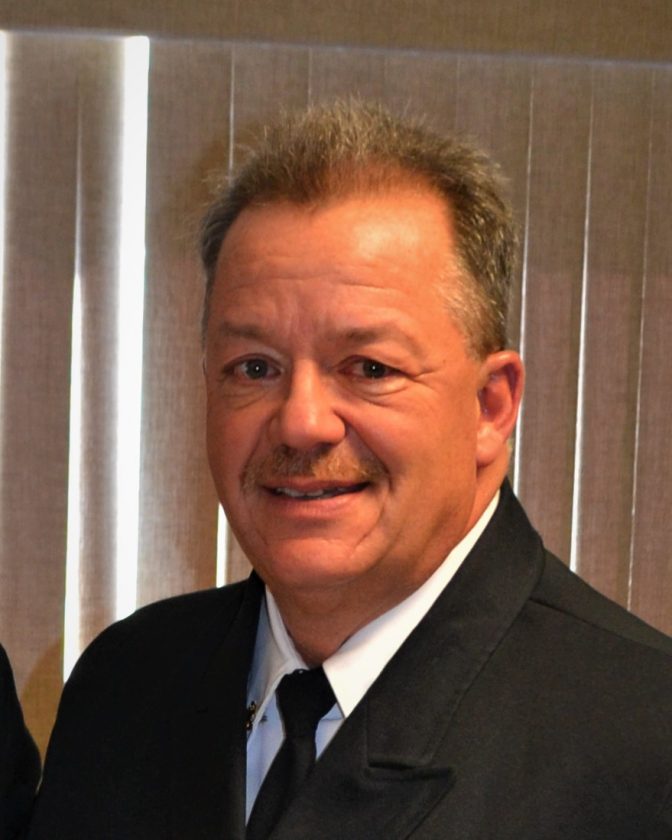 BEVERLY–The Muskingum Valley Beverly-Waterford Chamber of Commerce in co-operation with the Sons of the American Revolution gathered in Beverly on Wednesday to honor those first-responders in the county that exemplify the integrity and bravery that are needed for their jobs.

The 36th annual award luncheon pays tribute to individuals from multiple agencies across the county that go above and beyond their required duties.

The honoree from the Marietta Fire Department was firefighter Robert Davidson. Davidson stood quietly next to MFD Chief C.W. Durham as his boss sang his praises.

“He sets an outstanding example in our department,” he said. “He is always up for a new challenge.”

Lt. Eric Moore of the Marietta Fire department said Davidson’s example of teamwork and work ethic has enabled the eight-year veteran to be a role model to new recruits coming into the station. Moore also said Davidson has worked to keep the department current in its life-saving equipment. 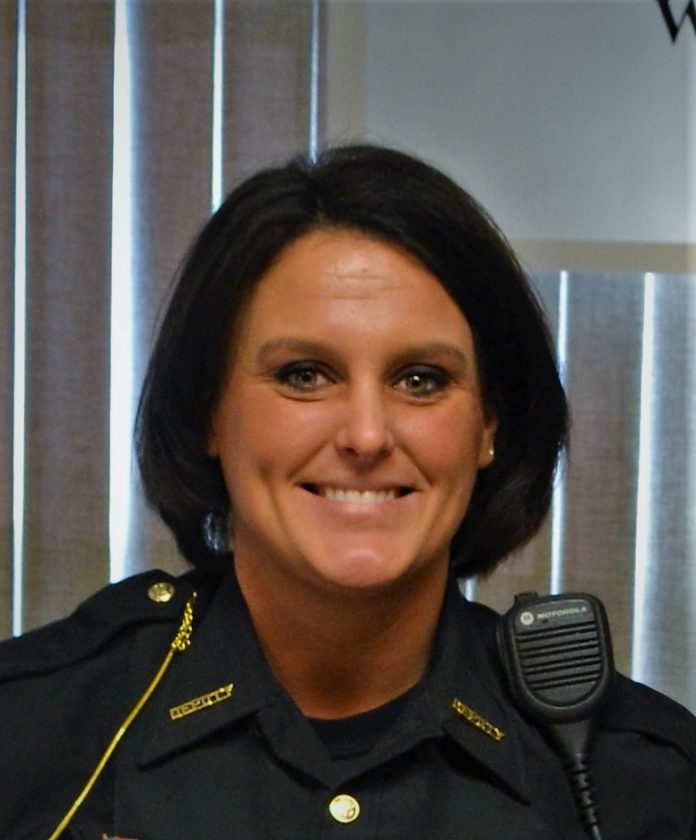 “He orders all the EMS supplies and updates all the equipment in the department,” he said.

“We made sure this would be a peer reward,” Hupp said. “In the two years he’s been here, he has really impressed the entire body of the department.”

Hupp said that Young has made a huge impact on the drug war in the area and that he will be the newest member of a team of law enforcement officials that consists of only the most trusted and skilled officers.

“He will be joining the Major Crimes Task Force in the very near future,” Hupp said. 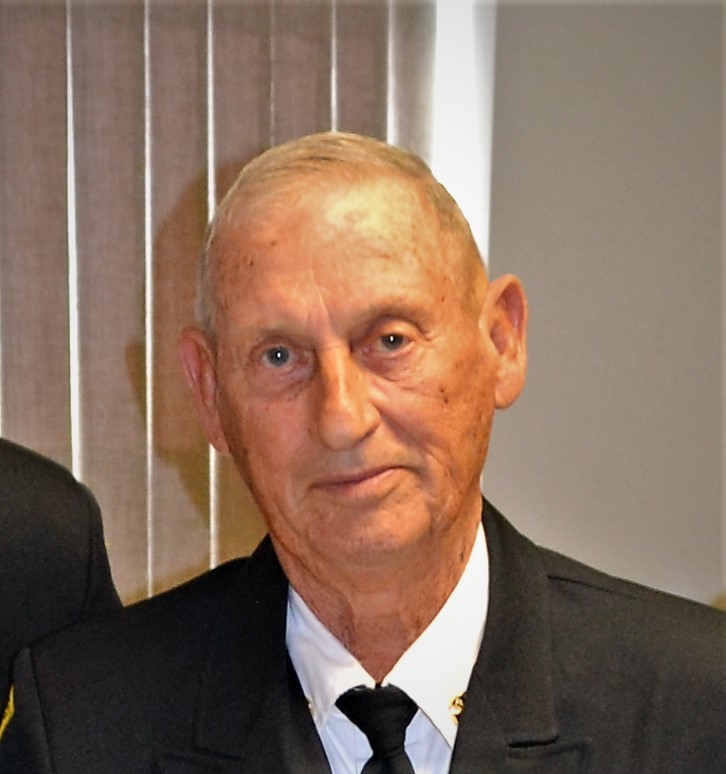 Young said after he changed his major in college to law enforcement, there was some doubt from his family about his new profession until he told them about the camaraderie of his fellow officers.

“I was welcomed with open doors and everyone treated me like I was family,” he said.

“Her objective is to put criminals behind bars,” Mincks said. “She already has 12 felony arrests this year…and I’ll go ahead and say she is the (Washington County Sheriff’s Office) employee of the year for 2018.”

Through tears of gratitude, McConnell thanked Mincks and the sheriff’s office for their support. 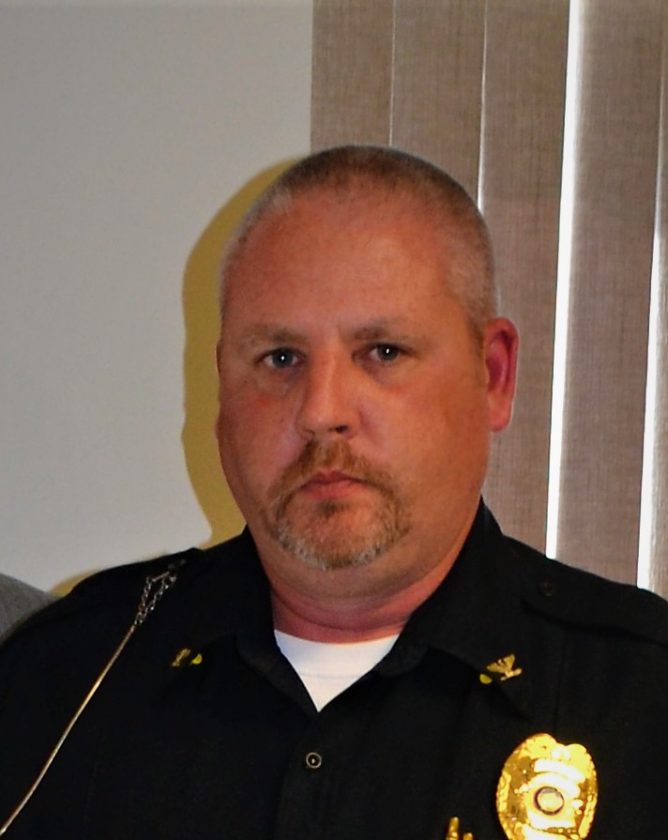 “I want to thank Sheriff Mincks for giving me the chance to transition from the jail to patrol…and believing in me and pushing me through,” McConnell said.

Winning the first-responder of the year was Mike Chevalier, Little Hocking Volunteer Fire Department chief. Chevalier said that it has been a privilege working in Little Hocking since 1979. Presenting his award was Little Hocking Lieutenant and Chevalier’s son, Joshua Chevalier.

Joshua said the award was given to his father because of his life-long service to the people of Washington County. Joshua spoke of several instances where his father’s skill and bravery saved the lives of others. One instance in particular stood out in his mind.

He said 15 years ago his father was called to a scene where a child was found in a pool with no pulse. After fevered work, Joshua said his father was able to revive the young girl by the time they arrived at the hospital.

“She still comes to the ice cream social every year just to get pictures with the people that saved her life,” Joshua said. 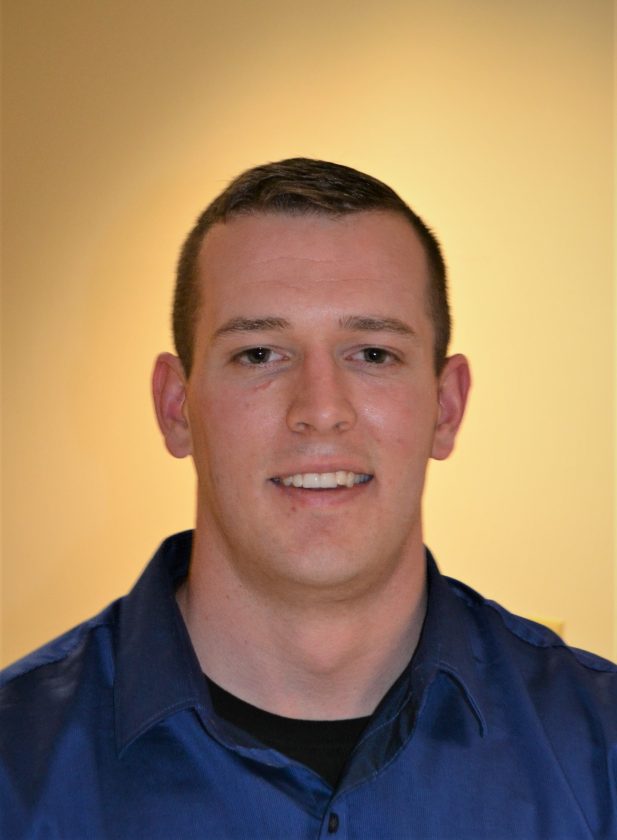 “I really appreciate this award, especially because there are so many other deserving people,” Mike said.

“He is the most senior active firefighter in the county,” said Joshua.

Joshua said that award not only honors his 85-year-old grandfather’s dedication to service, but the initiatives he has pushed to make the county safer.

“In 1963 he started the first Little Hocking Fire Department,” he said. 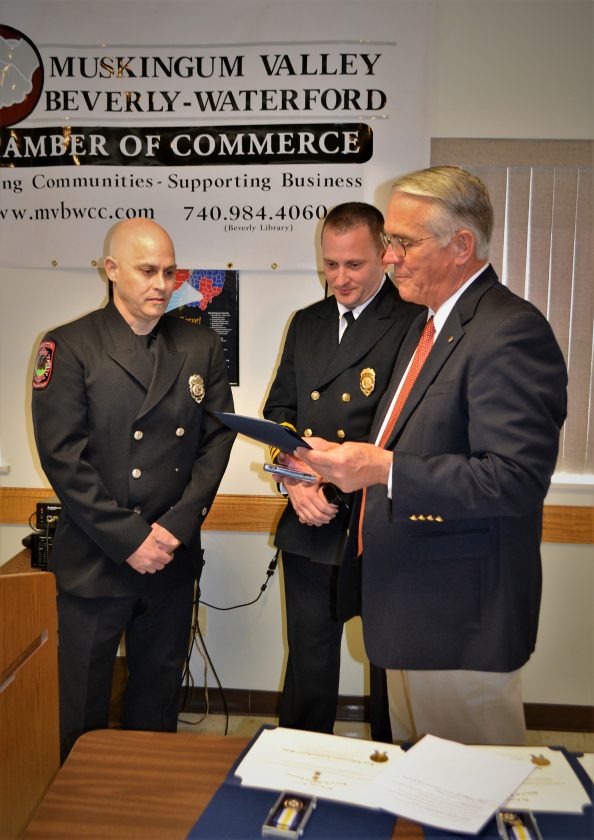 Mulligan said he has enjoyed helping bring the Little Hocking VFD from its infancy to its current incarnation, but said the families of the firefighters warrant as much praise as he does.

“There always seems to be a call right at dinner…or when you are ready to go somewhere,” he said. “My wife Janet deserves a lot of credit.”

Finally, Belpre Police Chief Terry Williams was honored by Belpre’s mayor, Mike Lorentz. Lorentz said Williams has worked through the ranks at the Belpre Police Department from dispatcher to chief during his 23-year tenure at the department. Lorentz said Williams’ training programs have delivered the county the best law enforcement officials possible.

“He is producing great officers,” Lorentz said. “I am very proud of him.”

Williams accepted the award by giving praise to other first-responders.

“I’d like to give thanks to my brothers and sisters in law enforcement and EMS,” he said.

Jean Yost, vice president of the Marietta chapter of the Sons of the American Revolution, said the role today’s first-responders play is a lot like the role of other historic Americans.

“They are like the Minute Men of the American Revolution. They get a call and they are there in a minute,” he said. “They come and take care of their neighbors.”

•The Muskingum Valley Beverly-Waterford Chamber of Commerce in co-operation with the Sons of the American Revolution honored county first-responders by presenting six community service awards.

Source: Jean Yost, vice president of the Marietta chapter of the Sons of the American Revolution.