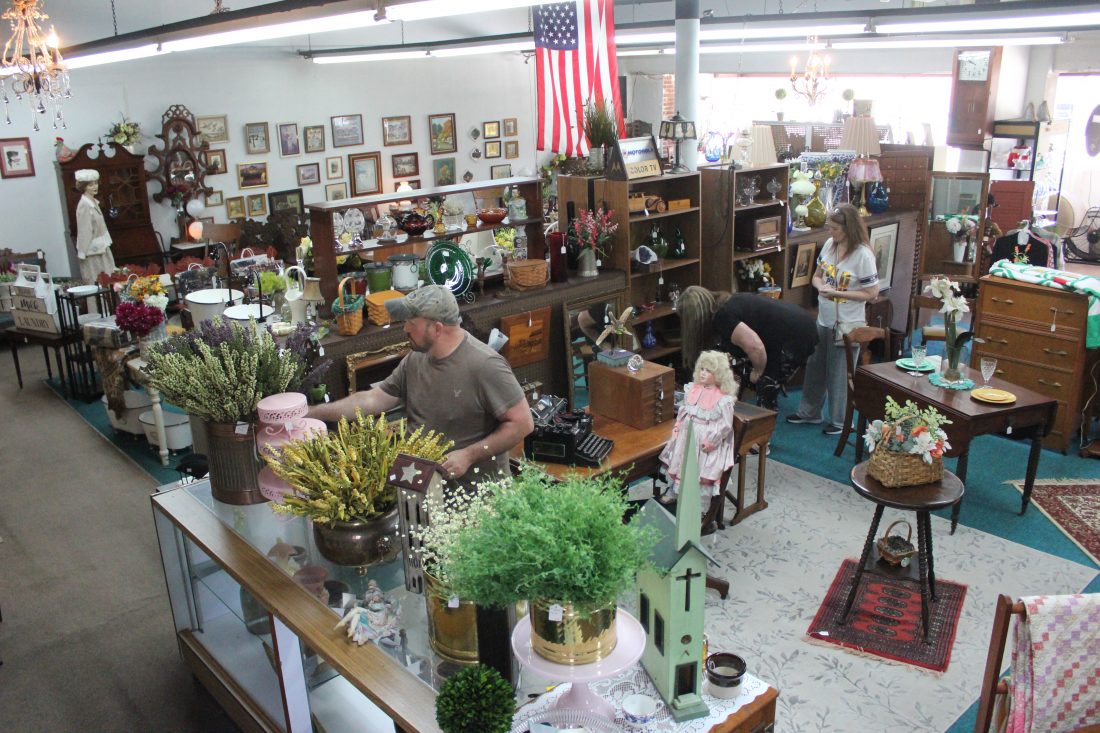 JANELLE PATTERSON The Marietta Times Eric Taylor rearranges plants in a display as the first shoppers at Norwood Antique Mall peruse the store on opening day Monday. The store was open Monday and will likely continue that trend for a few weeks before moving to regular hours on Tuesday through Saturday.

Surprising even himself with an early opening, Eric Taylor was happy to unlock his doors in the old neighborhood Monday.

“We had planned on opening up in May, and then thought, we’re here, why not?” laughed Taylor, co-owner of Norwood Antique Mall.

After about a decade in business there, the store had been closed for a year and a half, after Taylor and his business partner Rodney Love took their wares to Caldwell.

“But the space up there was so much smaller, and I still owned this building,” said Taylor. “And 1,200 square feet versus 10,000–it makes a big difference.”

So back on the corner of Colegate and Greene, the shop had doors open, lights on and music playing Monday.

Neighbor Darlene Divito, next door at Ullman’s Body Shop, said she was excited to see the store opening back up.

“My daughter has gotten stuff there before, she’s a really crafty person. And I’ve gone in before to look around, they always had neat stuff before,” said Divito. “They’re such nice guys, I’m glad they’re back.”

Vendor Sharon Hershberger said she was delighted to get the opportunity to share her pickings over the years in the space.

“I’ve known Eric and Rodney for a while and they’re so sweet,” she said. “And you can’t beat this location, there’s lots of light and room to move around.”

Hershberger has collected antiques for many years, but since retiring two years ago decided with a friend that maybe it’s time to share the joys of what they’ve collected.

“I think they’re all gems in their own way,” she explained. “Old things have so much character, like this ice chest–it’s no Yeti– but it’s still a cooler and can be a seat and many other things whether it’s on your back porch or a toy bin for the grandkids.”

Those sentiments regarding antiques are shared by Taylor.

And the history behind the building is one that’s dear to Taylor’s heart, too.

“This building was built in 1863 and was Gray’s Grocery,” the shop owner explained. “Then it was a furniture store for 55 years, and I would shop here and just love all of the space in here. Now, I’ve owned it for 12 years.”

Some shoppers Monday were quick to recall though that the last time Taylor and Love had the place open, there was a whole second floor available for perusal.

“We’re working on that right now, we just got it measured for new carpet today,” answered Taylor. “There will be an unveiling soon up on the second floor and we’ve made it more open.”

But for now, whether it’s primitives in the back of the first floor, carved wooden furniture, Fenton glass and old books in the middle, or repurposed antiques in the front by the bay windows, there’s a little something for everyone.

“Some people that have bought things from me will send me pictures of how they’re using it, and I just love that,” said Taylor.

The shop will be open regularly Tuesday through Saturday each week, from 11 a.m. to 5 p.m.

• Opened Monday at the corner of Colegate Drive and Greene Street.

• Has a parking lot off of Greene Street between the building and Ullman’s Body Shopp.

• Find the shop on Facebook by searching: Norwood Antique Mall. 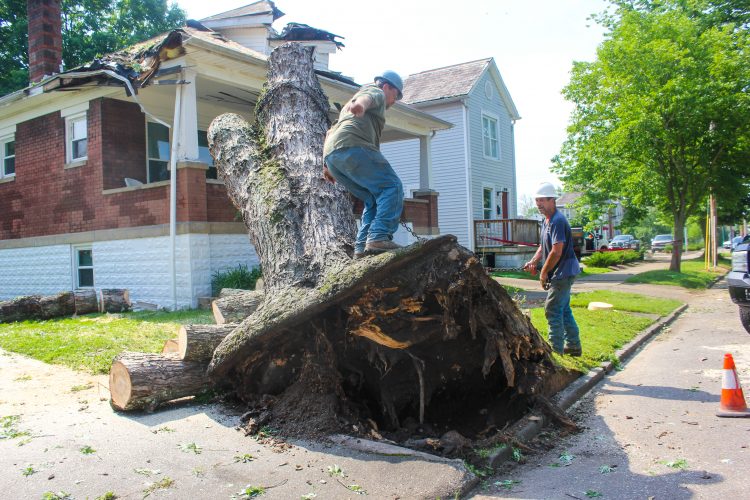