18 months for assault with brick 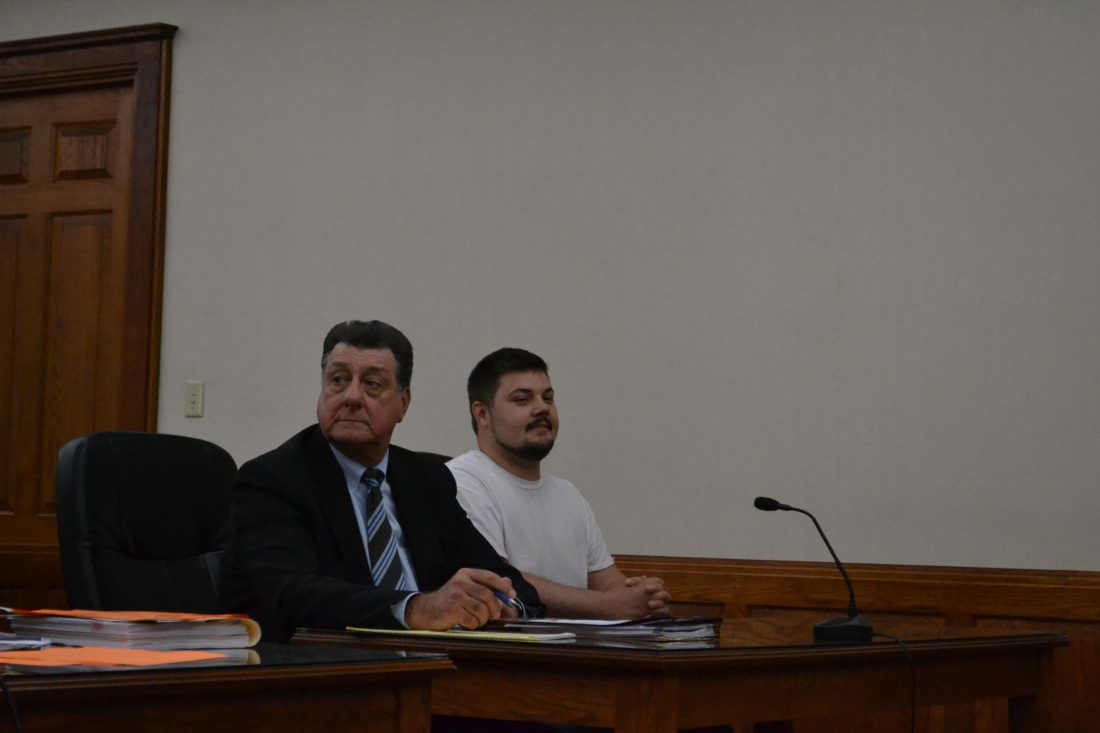 A Marietta man was sentenced to 18 months in prison Friday for hitting a man in the face with a brick.

Zachary Allen Myers, 29, of 100 State St., was arrested after the assault, which occurred July 12, 2018, and pleaded guilty in May to a fourth-degree charge of aggravated assault.

“This is the maximum sentence on this particular charge,” said Washington County Common Pleas Judge Randall Burnworth during the sentencing.

According to prosecutors, Christopher Barrows, 46, of 200 State St., Marietta, was arguing with Kelly Myers, Zachary’s mother, when Zachary jumped from behind bushes of 102 State St., and hit Barrows in the face with a small brick.

Although Myers did not speak on his own behalf during the sentencing, a statement was read by Washington County Assistant Prosecutor David Silwani on behalf of Barrows’ fiancee, Amanda Lamp.

In her statement, Lamp described Myers riding four-wheelers and dirt bikes on their dead-end street. Barrows was taking photos of this when Kelly Myers came within eight feet of him to talk to him. During the argument, Kelly Myers told her son to go into the house. Instead, he came from behind the bushes and hit Barrows in the side of the face with a brick.

According to the police report, Myers said he hit Barrows in the head one time with his fist and that no brick was used.

“Chris was asleep before he hit the ground,” Silwani read from the statement. “Falling, Chris busted the back of his head on the curb. He also fell on his ankle and it broke in two places.”

Although Kelly Myers and her son said Barrows had grabbed her by the hair during the argument, no charges were filed against Barrows.

Lamp said via her statement that Barrows is still in physical therapy from the assault and will require life-long treatment.

“He was released from speech therapy because they did as much as they could do for him,” Silwani read, noting Barrows was told his mind would never be right and they could not help him.

Barrows also now has a stutter, his eyes do not work independently and he is now wearing hearing aids. As a result, he has filed for disability and among other things, suffers from Post Traumatic Stress Disorder, short-term memory loss, sleep apnea, anxiety and depression.

Burnworth noted the defense and prosecution had agreed that Myers could apply for judicial release after six months in prison.

As part of his sentencing, Myers was ordered to pay restitution and court costs. As a fourth-degree felon, he also received three years of post-release control.