Blooms with a purpose: Teen sells flowers for good cause 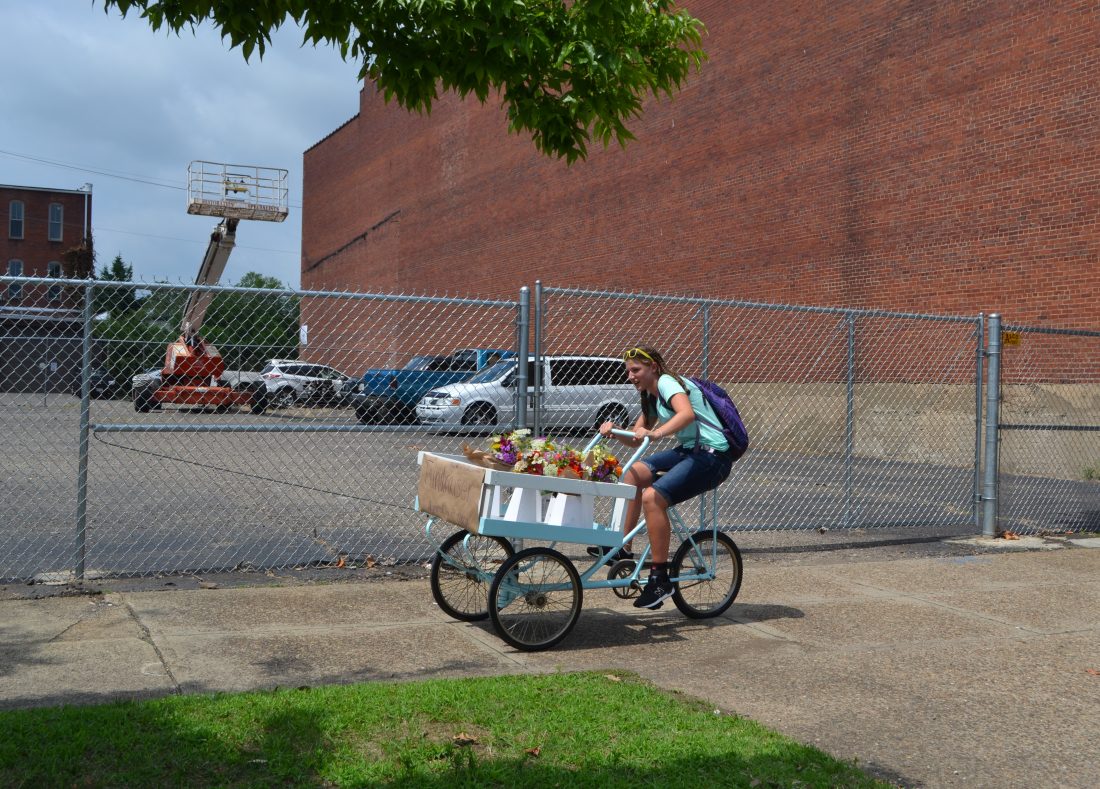 A Marietta teen is spending her summer trying to raise money for a good cause – a humanitarian trip to Tonga.

Hannah Lovejoy, 15, spent Friday morning riding a bike around downtown Marietta selling flowers to raise money for the trip, which she hopes to take next summer.

The trip is part of the Humanitarian Experience for Youth, which is a nonprofit organization offering humanitarian missions to teens ages 16 to 19.

Lovejoy said she was looking into taking a humanitarian trip and when she saw the HEFY website, she knew she found the one.

“I was looking at kids there and you can see some of the kids you’ll be able to help,” she said. “Those touched me the most.” 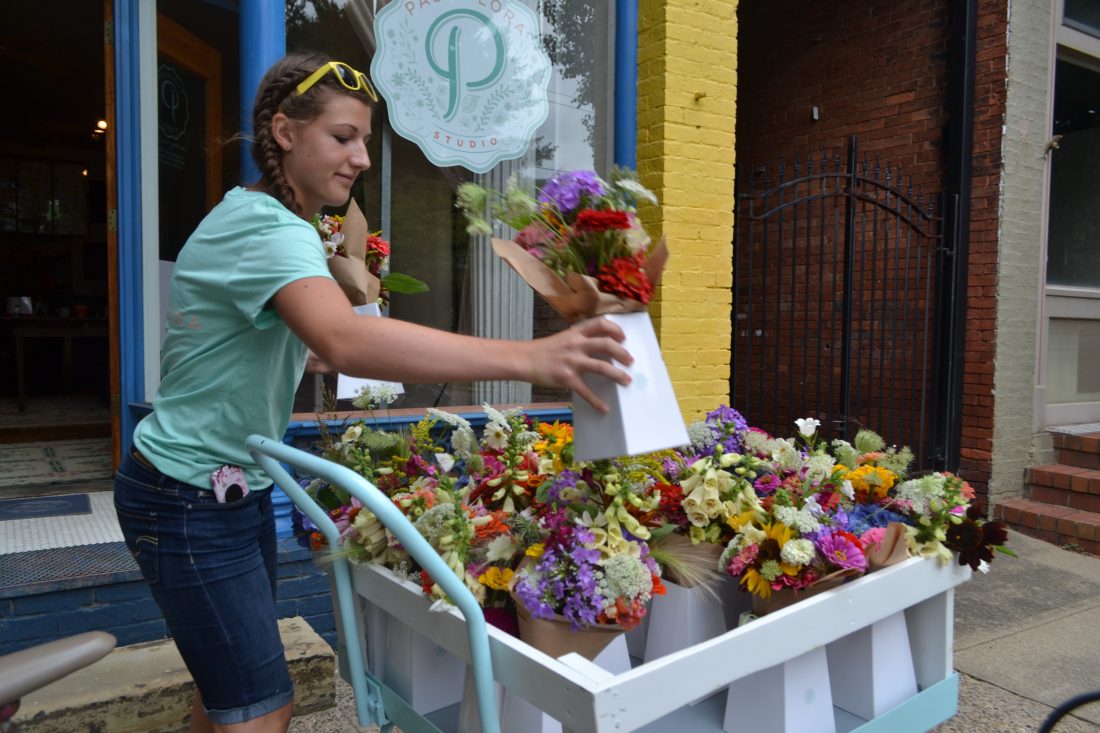 She said there were a lot of options as to where to serve, but she felt like Tonga was the place she should go for the two-week trip.

Tonga is an archipelago which consists of 171 islands in the South Pacific Ocean, south of Samoa and east of Brisbane, Australia.

“While I’m there, I’ll have the opportunity to help build a school for the area where I’m going,” Lovejoy explained.

Some of the other options she had for destinations were Brazil, Paraguay, Guatemala and Cambodia.

She said she won’t be able to sign up for any specific week until October, and then the trip will be held anywhere from the end of May until the beginning of August.

Along with helping to improve the lives of people around the world, the Salt Lake City, Utah-based HEFY has its youth volunteers participating in church services and Bible study during the trip.

This isn’t the only fundraiser Lovejoy is holding to raise the $3,000 needed for the expedition. She’s been raising money the past few weeks by selling chocolate covered pretzels and strawberries, babysitting, cleaning and painting.

“Any jobs people need me to do,” she added.

She got the flowers to sell from Passiflora Studios in Marietta.

“I did a previous fundraiser and I’m friends with (owner) Caroline Waller,” she said, adding that Waller’s studio made the bike she used Friday.

“The bike was originally from an ice cream factory in New York,” Waller explained. “They used it to deliver stuff in the factory.”

During her bike trek around downtown, Lovejoy sold out all 20 of her bouquets, which were donated by Passiflora.

“She picked a couple from her sister’s garden,” Waller said. “The others came from the Passiflora cutting garden.”

She said she was impressed with Lovejoy’s mission trip and was happy to help.

“I’m proud of her, having the motivation to do that and help other people,” Waller said. “That’s a major trip. It’s going to be life changing for her.”

Waller isn’t the only one supporting Lovejoy in her mission. So are Hannah’s parents, Peter and Kim Lovejoy.

“They are completely supportive of me,” Lovejoy explained. “They’ve been helping me find ways and giving me jobs to do to help raise money.”

The 10th grader at Veritas Classical Academy in Marietta seems to have service in her blood. She wants to become a nurse after she graduates from college.

“One of my top options is (Brigham Young University) in Utah,” she said. “I hope to become a nurse either in labor and delivery or in the (newborn intensive care unit).”

It’s support from friends and family that gave Lovejoy the confidence to go by herself on a mission to Tonga.

“I have the ability to help, so I thought it would be great to go and help, since I have so many people helping me out,” she said.

To help Hannah raise money for her humanitarian trip, contact her at lovejoyhannah16@gmail.com.