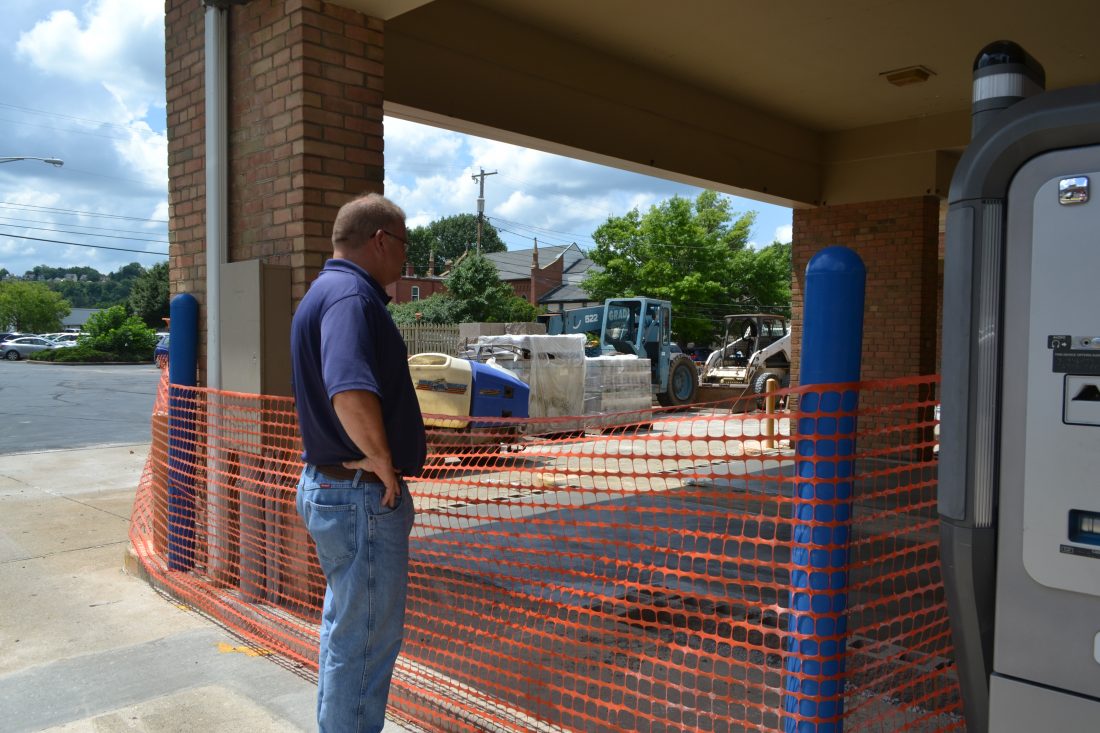 Photo by Michele Newbanks Tim Coffman, vice president of Phoenix Associates, stopped by the former Chase Bank drive-thru Tuesday to check on progress of the renovations. The building will eventually be the new home for the Washington County Public Defenders office.

Work on the Chase Bank drive-thru in downtown Marietta is finally underway to eventually house the offices of the Washington County public defenders.

Their offices are currently located across the street from the courthouse at the Dime Bank building on the corner of Second and Putnam streets.

The Chase Bank drive-thru on Third Street was purchased by the Washington County Board of Commissioners in March 2018 for $210,000.

“We originally purchased with their knowledge and we’re working closely with (lead public defender) Ray Smith and the group there to coordinate their office space,” said Commissioner Ron Feathers.

“It’s a nice facility and we asked them to move. We did initiate it, but they agreed to it. It’s not like we’re forcing them to move,” Feathers said.

He noted construction is currently underway, but they have no timetable for the move.

“It probably won’t be in 2019 because it’s taken a year and a half to get the bids and get the project underway,” Feathers added.

Smith said the project is a two-stage process.

“They have to build the outside shell first and then the interior,” he said. “We’re not sure when it’ll be done.”

Tim Coffman is vice president of Phoenix Associates of Parkersburg, which was awarded the bid for completion of the outside project. He stopped by the site Tuesday afternoon to check on the project’s progress.

His crews started working about two weeks ago and poured concrete Tuesday morning. Coffman said it should take “five or six weeks” to finish the outside of the building.

“Everything that was drive-thru will be enclosed,” he said.

“My main issue is storage,” Smith said. “We’re going paperless, but right now we have paper that is voluminous.”