Bring One, Take One plant exchange coming up 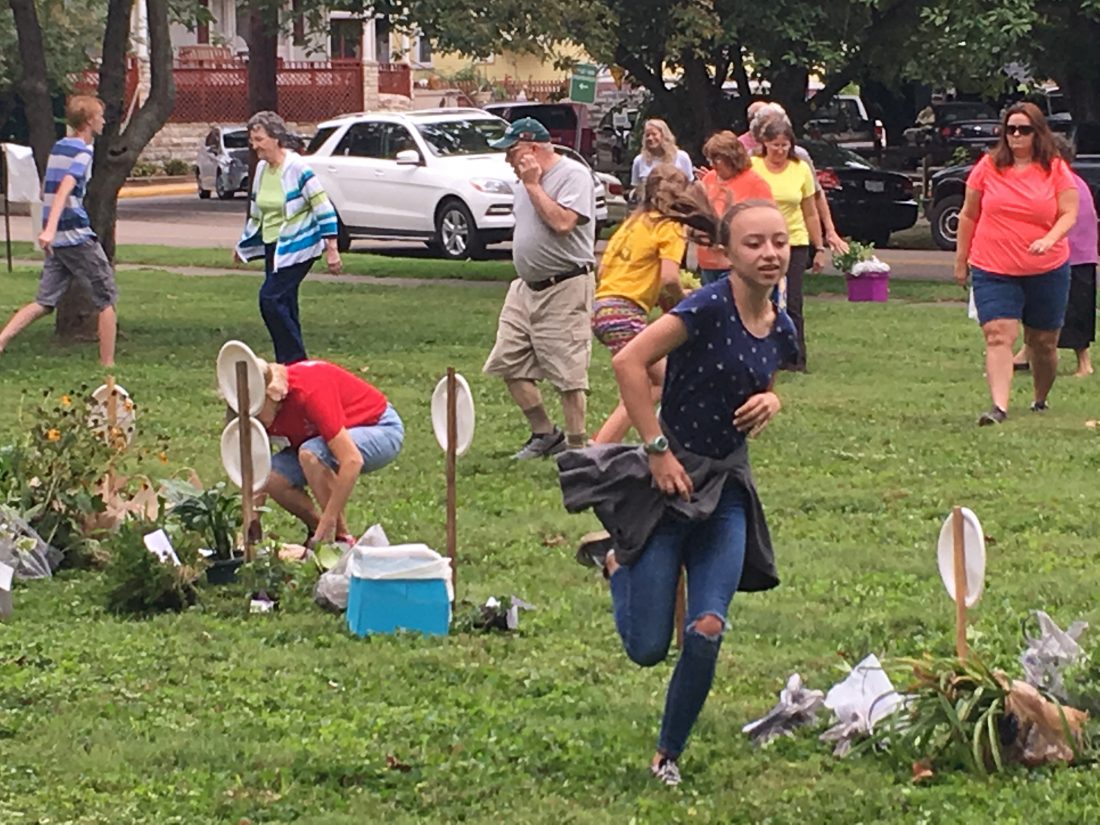 Photo submitted by OSU Extension Local residents are able to exchange plants during the Bring One...Take One Flower and Seed Exchange Saturday at East Muskingum Park in Marietta.

Gardeners looking for an easy way to expand their gardens will have the opportunity on Saturday during the annual Bring One…Take One Flower and Seed Exchange.

He said the event is usually the last weekend of August, with the exception of when the Washington County Fair is on the same weekend.

The event, which is sponsored by the OSU Extension Washington County Master Gardener Volunteers, usually brings between 60 and 65 gardeners to Upper Muskingum River Park in Marietta to participate in the plant exchange.

“We start setting up plants at 9 a.m. and the rounds start at 10 a.m. The whole thing only takes about 15 minutes,” McCartney said. “There are three rounds. Everyone lines up on the sidewalk. We blow the whistle and they go to where plants are and grab one. You do it again for round two. Round three is a free for all. Grab whatever you want. It’s good family fun.”

Kim Henry, chairwoman of the event, said people might bring annuals, like impatiens or marigolds that only last for that growing season, or perennials, which come up every year on their own.

She noted that they also exchange house plants, vegetable plants and seeds.

“It’s not unusual to have herbs like chives, lavender or basil,” she added. “Make sure everything is labeled.”

All plants should have directions on how they should be grown, such as should they be in the shade or are they sun-loving greenery. As some perennials have already bloomed, they should also be labeled so people know what color they are.

Occasionally, an unusual plant will pop up at the exchange.

“I have one in my dining room, a Korean lily, that only grows in low light,” Henry said.

McCarthy said plant exchanges have been going on for a long time, as neighbors have been exchanging plants with neighbors.

“Here you get to meet like-minded people who have plants they want to share, which can expand your own garden,” he explained.

Plants need to be divided to control their growth and there are only a couple of options of what to do with the divided up plants.

“(Plant division) has to be done anyway, so you can throw the extra away or give it away or take it to a plant exchange,” he said. “You can expand your landscape without spending money on new plants.”

He added that the exchange offers a lot of variety and options to upgrade your landscape, but not everything exchanged has to be a plant.

“Sometimes people bring a shovel or rake, a gardening hat or stool,” he said.

Henry said gardeners can also bring containers, such as ceramic pots, to share.

McCarthy said master gardeners will be on hand to identify plants, as well as to make sure they are not infected with insects or diseased.

Henry noted that reference books will be available “if there’s a weird enough plant that nobody knows what it is.”

She said the event is a great way to meet new people who might have similar interests.

“You might get people that ask about being master gardeners or about local garden clubs,” Henry said. “You get to be around people who really like plants.”

• Bring One…Take One Flower and Seed Exchange will be held Saturday.

• Free event will be held at Upper Muskingum River Park in Marietta in the 500 block of Front Street.