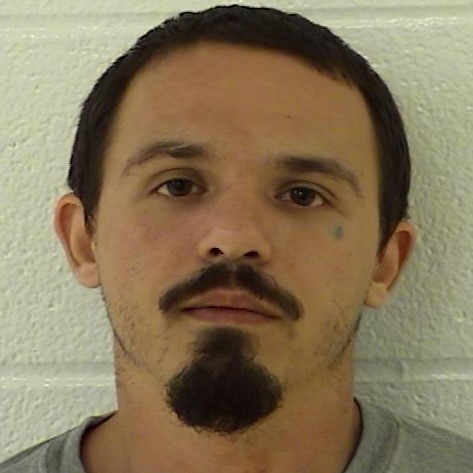 The second man indicted in the July 5 robbery of the Marathon station in Beverly pleaded guilty Tuesday to second-degree felony robbery.

Edward James Haynes, 28, of 388 Mechanic St., Macksburg, was arrested after deputies patrolling in Beverly on July 5 were advised the Marathon station had just been robbed at gunpoint. When deputies and detectives from the Washington County Sheriff’s Office responded, they were advised that a male approached the counter and pointed a handgun in the clerk’s face, demanding money from the register.

The clerk gave the money to the robber and he exited the store. Surveillance footage showed the person wearing a hooded sweatshirt with a bandanna over his face. Detectives also learned that another individual had dropped the subject off and waited in an early 2000s white Chevrolet S10.

After being arrested, Haynes confessed to being the person in the hooded sweatshirt and bandanna who committed the crime. He destroyed the clothes he was wearing, but his weapon, an Airsoft pistol, was recovered.

His alleged accomplice, Michael J. Estee, 33, of 304 High St., Senecaville, was accused of driving the pickup truck in which Haynes used to make his getaway. He pleaded guilty to second-degree felony robbery on Sept. 23. His sentencing is scheduled for 9 a.m. Nov. 1 in Kerenyi’s courtroom.

The maximum sentence they could receive is eight years in prison and a $15,000 fine. They will also receive a mandatory three years post-release control.