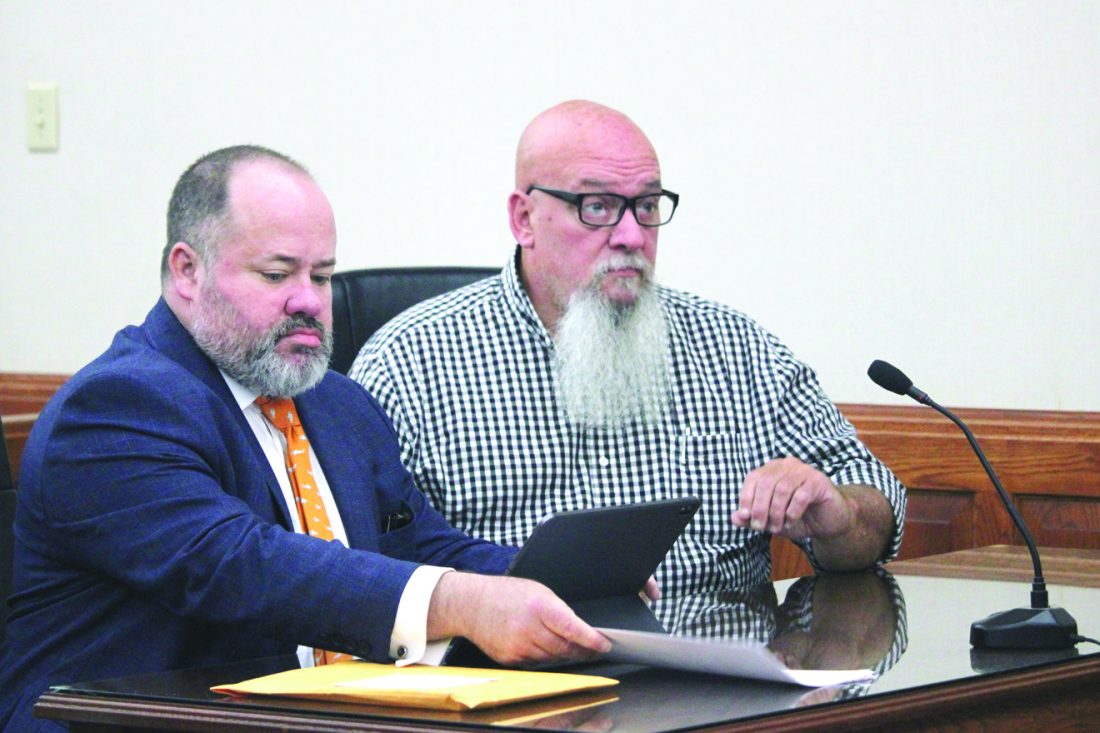 Photo by Janelle Patterson Attorney Bill Summers, left, appears with Scot Edgerton, in a civil hearing Tuesday in Washington County Common Pleas Court where the city of Marietta is suing Edgerton to abate the nuisance and public health risk at 708 Eighth St.

“This has lasted long enough,” said Burnworth after a 2.5-hour hearing tallied 13 years of blight, trash, vermin, public health and tall grass complaints filed with the city of Marietta’s health department, engineering department, fire department, police department and code enforcement official. “Your client has 72 hours to remove any personal belongings so long as he registers with the appropriate city offices to be on the property,” Burnworth said to Bill Summers, attorney for 708 Eighth St. owner Scot Edgerton.

Then any entrance into the brick residential structure, erected in the 1860s, by Edgerton will be considered trespassing.

Sighs of relief dropped the shoulders of neighbors sitting in the gallery after Burnworth voiced his order–they had answered questions of what they have witnessed over the last decade living in proximity to the home and testified to “zoo-like” vermin taking up residence in the unsecured structure.

Burnworth also ordered that the electrical service to the property be shut off, and the city abate the health and safety hazards of the property, namely tearing down the structure.

Edgerton chose not to speak at the hearing, following City Law Director Paul Bertram’s calling both neighbors, and two expert witnesses to the stand in the civil hearing.

Edgerton has 30 days to file a notice of appeal and ask the court for a stay of execution if he desires, noting as he left the courtroom that “this isn’t over” to both Bertram and code enforcement official Wayne Rinehart.

“I’ll be getting quotes for demolition this week and move on the electric,” noted Rinehart after the hearing.

The cost of demolition of the structure would also be assessed to Edgerton, according to the judge’s ruling.

“Ideally, the city can get this demolished and assessed to Mr. Edgerton by the end of October,” said Bertram.

Marietta City Council may next use this case as precedent for blight removal cases within city limits, further authorizing lawsuits to force abatement through the use of the court system.

The house at 708 Eighth St. rests in the third ward, and both political candidates vying for that seat this November brought up blight and paths forward for the city Tuesday at the Marietta Area Chamber of Commerce forum.

“The greatest issue that I have seen in the third ward is blight…it’s not only Third Street,” said the Republican challenger Bill Gossett. “My answer is not to tear down these houses, (but) move these houses into the hands of those that can rehabilitate.”

Bertram pointed out after the court hearing Tuesday that his preference would be to rehabilitate the Eighth Street home, but as he showed through calling John Gillard, owner of Gillard Construction Inc., to the stand, rehabilitation on the hillside of Eighth Street is not feasible.

Incumbent Third Ward Councilman Steve Thomas said on the blight topic that the city can only tear down two homes a year with available funds.

“We really need a land bank, but the county needs to start it first before the city can have one,” said Thomas.

However, this year, through planning, zoning and annexation committee in city council, and finance committee, the legislators have moved forward without the use of a land bank.

Next, council will have the opportunity to plan for further blight rehabilitation and removal opportunities in its three-year consolidated plan for Community Development Block Grant funds in 2021-2023.

Public comments will be accepted by the city development office on that plan for submission to the U.S. Department of Housing and Urban Development through Nov. 4. 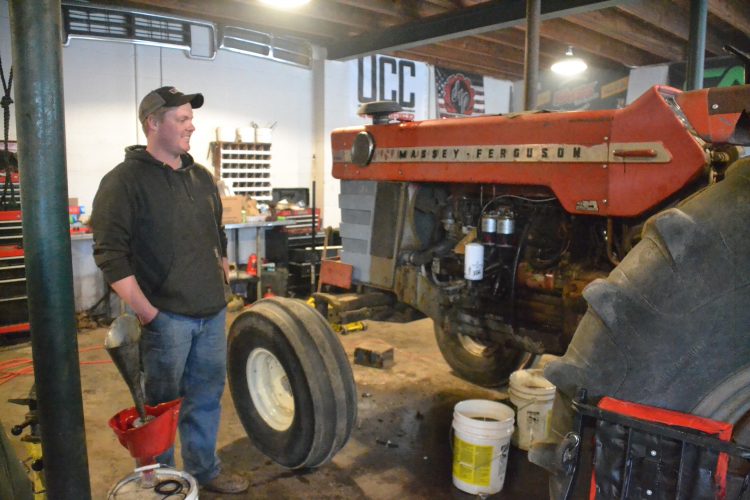 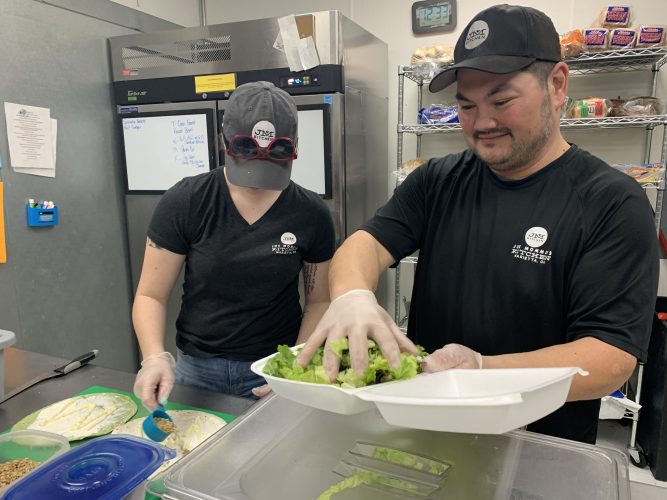