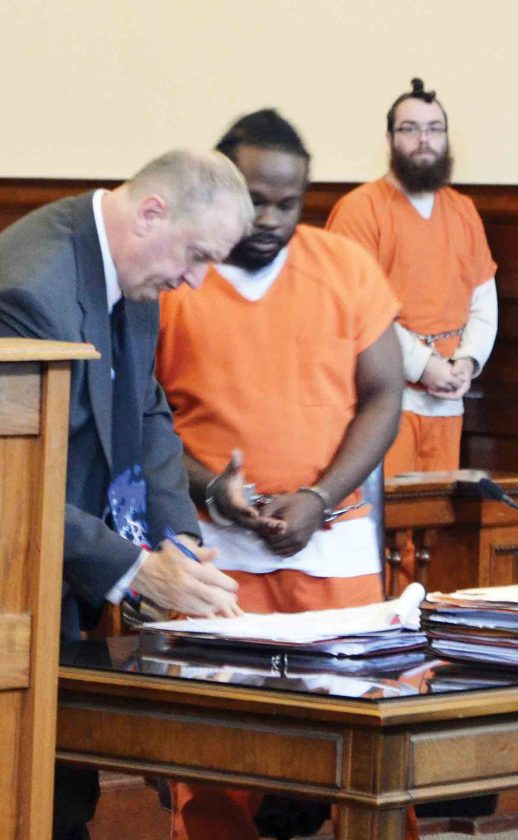 A 28-year-old Hilliard man was sentenced to more than 30 months in prison Friday in Washington County Common Pleas Court for possession of drugs.

Tolbert had $1,329 cash seized from him when he was arrested in August at 101 Ingleside Ave., Marietta. It was agreed when he pleaded guilty on Oct. 17 that the money would be applied to his court fees. Any remaining funds would be given to the Washington County Sheriff’s Office/Major Crimes Task Force.

“In his case, he’s got an offense out of Michigan, an attempt to carry and conceal a weapon, a no driver’s license charge, and the offense in this county, for which he was placed on post-release control,” he said.

He said the 2014 trafficking drug offense in Washington County was a first-degree felony and Tolbert received a three year prison sentence.

“His record is not as bad as you’d think,” Smith said.

Tolbert gave no statement on his own behalf.

“Here you are trafficking in drugs in Marietta once again,” Kerenyi said.

He said Tolbert has not been rehabilitated and shows no genuine remorse for the offense.

“He’s also had difficulties while in the county jail,” Kerenyi explained, noting Tolbert was in a fight on Aug. 18.

The judge said Tolbert had a high-risk of re-offending.

“I further note that this happened in the Norwood area, which is a residential neighborhood,” Kerenyi added.

• He was sentenced to 30 months in prison, to serve consecutively with the 943 days left on his post-release control.

• He was arrested for possession of heroin.