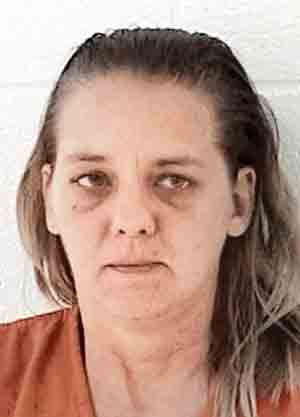 A group affiliated with Marietta City Schools is facing yet another case of potential embezzlement after the arrest of a cheerleading parent.

Washington County Sheriff Larry Mincks explained Friday that Melissa Sue Phillips, 39, of 139 Leeland Ave., Marietta, was arrested on Nov. 1 for obstructing official business, a second-degree misdemeanor, but may still face felony charges as the law enforcement investigation continues. The obstruction charges comes from allegedly misleading investigators about what happened to the money.

“Her daughter is a cheerleader, and they had all of the girls selling tickets for a gun raffle in October,” explained Mincks. “There were all kinds of guns advertised for the gun raffle at $20 a ticket for different handguns, rifles and shotguns.”

But, according to Mincks, the guns were never purchased, and revenue of approximately 248 ticket sales is not easily tracked.

“Parents started getting suspicious with the way it was advertised on social media, that the guns had already been purchased and the winners could pick up the guns from Bridgeport Equipment in Marietta,” he continued. “The girls allegedly did get some of the money from the sale of the tickets, but she absconded with about $2,500.”

The gun raffle was advertised through the “Friends of Marietta Cheer” group notifying participants that five winners would be chosen to receive one of the following:

But Board of Education Member Stacey Hall, both a former teacher and cheerleading coach, said the alleged incident raises more questions.

“It was unbeknownst to us that the parents had this group,” said Hall. “We’re still managing the Tiger Boosters’ money because of the case with Tara Hupp, and in light of everything that happened there, why would another group like this even form?”

The Hupp cases, both criminal and civil, were ultimately settled.

Hupp, the former Washington County Board of Elections Director and Marietta Tiger Athletic Boosters treasurer, was initially indicted on third-degree felony theft in early 2017, ultimately pleaded guilty to fourth-degree felony theft and admitted to having stolen between $75,000 and $149,000 from the club.

The club’s civil case against Hupp was also settled in October, noting $155,000 restitution paid and Hupp remaining incarcerated but disclosing no other terms of the settlement.

But the Hupp case isn’t the only warning against outside fundraising, said Hall.

“Why were our kids selling tickets for guns?” she questioned. “The district has a policy that you do your fundraising through approved events with the Tiger Boosters, not through a way that leaves you open to being taken advantage of… What I’m still trying to figure out is why we never received the money through the official channels to put towards the cheer program like we get other donations.”

Head Coach Sarah Snow said the fundraiser was not an official affiliation with the city school district.

“The fundraiser was run through Friends of Marietta Cheer, not Marietta City Schools, which is where I am employed,” she said, asking that questions be directed to the group’s board members–parents of cheer students.

Amy Tucker, whom Snow said is the president of the group, did not return calls for comment Friday.

Hall said the fundraising investigation brings forward another opportunity for the district to review its performance evaluation of coaching staff and sports culture with families of the district as well.

“We have been working on evaluations in our other areas of the district, but one we lack is of our coaches. Their contracts are renewed each year,” she explained. “I have been talking with Cody Venderlic (the athletic director who was hired this summer) on sports culture and how we can improve that with not only our students and parents but the community, too. And how we can gather feedback on how our programs are doing.”

Meanwhile, Mincks said the investigation is ongoing into Phillips and the “Friends of Marietta Cheer” group and, when completed, will be sent to the Washington County prosecutor for possible grand jury action.

• A Marietta Cheer mom was arrested this month for obstructing official business, a second-degree misdemeanor.

• The office is investigating an alleged gun raffle scam with the Friends of Marietta Cheer group.

• They say Phillips misled Washington County residents into purchasing gun raffle tickets without intent to provide the prizes to participants.