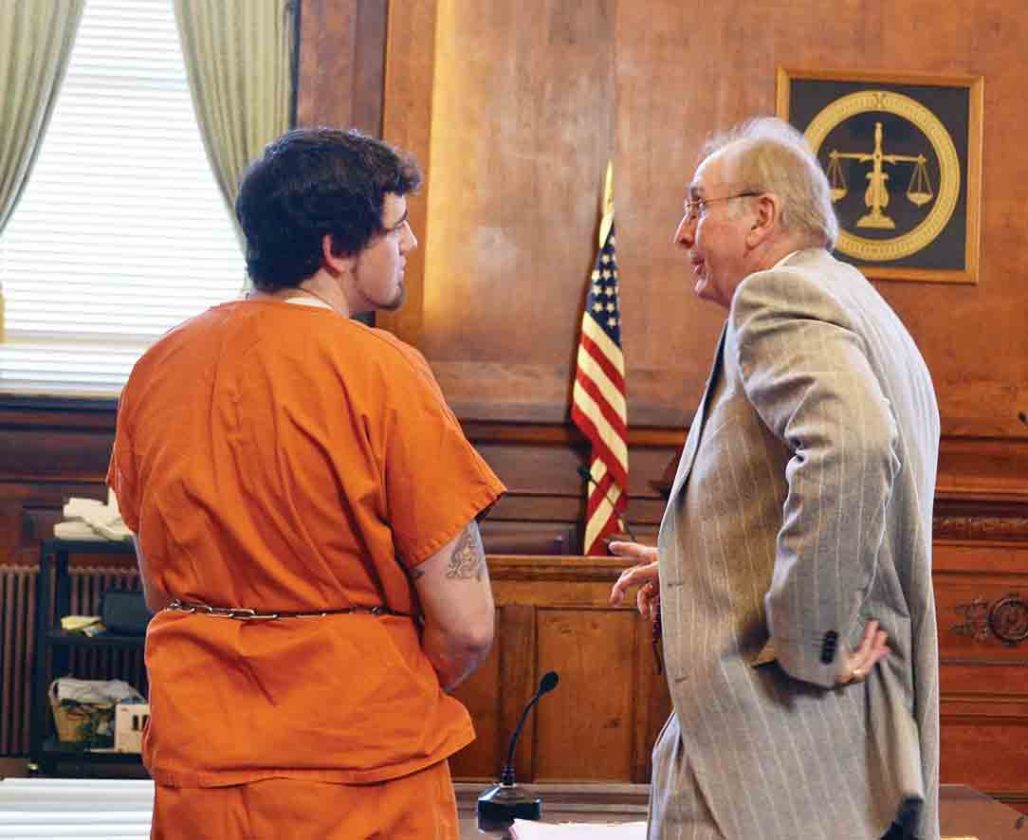 A Marietta man who had charges of providing drugs to a teen dropped will still spend two years in prison after being sentenced Friday to 17 months for grand theft of a motor vehicle, to run concurrently with a sentence of 24 months for tampering with evidence.

Joseph F. Wells Jr., 29, of 104 Riley Drive, Apt. 10, pleaded guilty to both counts in October. The grand theft charge was a fourth-degree felony, while the tampering with evidence charge was a third-degree felony.

In November 2018, David Kendall of 165 Upper Archers Fork Road, New Matamoras, reported a 2014 Yamaha Grizzly 700 and a 2005 Honda 400 EX were stolen from his property. Deputies later found Wells and his wife, Victoria Hendershot, coming from the woods where the ATVs were located. One of the ATVs was freshly painted black, and Wells was seen with fresh black paint on his hands.

Shoe prints around the ATVs matched shoes worn by the suspects, according to police reports. The tampering with evidence charges stemmed from the re-painting of the stolen ATVs, said Washington County Assistant Prosecutor David Silwani.

Deputies returned the missing ATVs to Kendall, although Wells was sentenced to pay $100 restitution.

The indictment stemmed from charges that Wells furnished a 17-year-old with drugs between March and April. He was also charged with stealing a 2018 Honda CRF 450 RX, along with several car parts. The fourth count stemmed from the theft of money from his wife’s grandmother.

He pleaded guilty to grand theft of a motor vehicle, the Honda CRF motorcycle, while the other charges were dropped. Wells was ordered to pay restitution to Newport resident Larry Thomas in the amount of $2,500 for the stolen car parts from a 2002 Dodge.

Wells spoke on his own behalf, saying he took full responsibility for his crimes as he was addicted to drugs.

“I want to change my life and save my wife and my four kids,” he said. “I want to do whatever it takes to prove I can be an outstanding citizen.”

“While I don’t blame you for all the thefts that occur in Washington County, you were a wrecking crew,” Kerenyi said. “It seems like anything that wasn’t nailed down…whether it was cars or whether it was motorcycles. It’s absolutely ridiculous.”

He received credit for 191 days already spent in jail and will have to undergo random drug testing. Kerenyi said after Wells is released, the parole board may sanction him to up to two years of post-release control.

• He pleaded guilty to grand theft of a motor vehicle and tampering with evidence.

• He was charged with stealing a motorcycle, two ATVs and car parts from a 2002 Dodge.