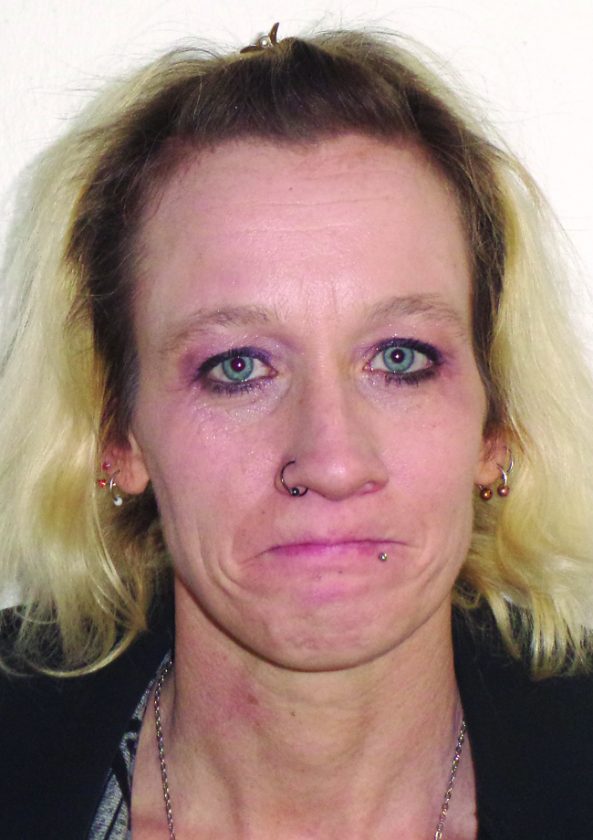 A Marietta woman accused of trying to kill her husband on Oct. 29, 2018, was found guilty of second-degree felonious assault after the 12-member jury deliberated for almost five hours Wednesday evening.

The jury was deadlocked on the first-degree attempted murder charge, but all 12 members of the jury found her guilty of the second charge.

The state is asking for a minimum of five years in prison.

“We knew the verdict before it was read,” said Michelle’s attorney, Ray Smith.

Washington County Common Pleas Judge Randall Burnworth revoked Michelle’s bail and she was remanded to the custody of the Washington County Sheriff’s Office. The Ruger handgun used in the shooting was forfeited.

The first to be called to the stand was Michelle’s now ex-husband, Richard Ames. He waived his spousal privilege as the couple was married at the time of the shooting.

He said he remembered most of the events of the evening, but some were a little fuzzy.

“I went (to the Marietta Police Department) after my wife, Michelle, shot at me at Larry Haught’s house after I went there, as I suspected her of cheating,” Richard said.

“I went there to confront my wife, as I was trying to find out where she had been going and why she was going there,” he said.

He said he pounded on the trailer door and eventually Haught and Michelle came out. The confrontation continued with name calling, then Richard decided to leave.

Michelle had the Ruger handgun with her when she came out of the trailer, he said.

“I purchased it for her. She’s better than I am and she’s always bragging about how she’s a better shot than I am,” he added.

As Richard was leaving, Haught smashed the passenger side window and Richard snapped photos of the damage with his iPad.

“A second or two later, I looked over and saw the powder flash and saw glass on me,” he explained, noting he went to the Marietta Police Department after she shot at him.

He said he was afraid for his life because he had just been shot at and initially thought he was hit by the bullet.

“I thought I didn’t feel it because of adrenaline,” he said.

When he went to the police station, the camera on the front of his truck was not working and he didn’t think to tell the police it was there.

As the altercation happened outside the city limits, the Washington County Sheriff’s Office was dispatched and Richard was arrested and charged with domestic violence. He said he pleaded guilty to disorderly conduct and received a year probation and a 30-day suspended sentence.

The couple owned three vehicles, all of which were titled and registered in Richard’s name. He said he intended to put the GPS tracker on all of the vehicles as he thought she was cheating. Richard said Michelle was unaware the tracker was on her vehicle.

After he stepped down, Sgt. Robert McKee of the Washington County Sheriff’s Office took the stand. He said he was responsible for documenting and taking photos of Richard’s truck and when it was done, the truck was parked in the back lot of the sheriff’s office on Fourth Street in Marietta.

McKee took a series of 28 photos, which included a photo of a ‘circular hole’ which appeared to be the entrance hole to some sort of projectile, he said. There was a hole in the driver’s side window which he believed to be the exit hole caused by a projectile.

He said he noticed the camera in the front grill of the truck, but did not attempt to remove it. It was part of the photographs he took.

The state then called Deputy Bradley Holbert to the stand. He said he was at the Fourth Street station when he was dispatched to the Franklin Street home of Russell “Tank” McCabe. He was told Michelle wanted to discuss the confrontation. His body cam was on during the interview.

She discussed the violent argument earlier in the day at their home, but said she didn’t call police. She eventually took their three children to Haught’s home. She explained to police in the recording that she had no idea how Richard found her, as she had never told him about Haught.

She explained to Holbert that she didn’t mean to shoot the gun, as it went off as she was putting it down. She said she had taken the gun for protection and no one had known she had it with her.

Holbert said she was taunting him, saying to shoot her.

“No, he had it at his side,” Holbert said, when asked if Richard ever pointed the gun at Michelle during the argument.

He said she was calm for being in that violent of a situation.

“I was surprised she taunted him in the way she did if she were afraid of him,” Holbert said. “She was being aggressive toward him.”

The last two witnesses for the state were Deputy Sheriff Jason Hall and Lt. Eric Hunter. Hall interviewed Larry Haught’s cousin, Tina Keller, after the incident, as well as Russell McCabe. He checked the area for shards of glass and the neighbor’s homes for bullet holes.

Hunter assigned tasks to each deputy during the investigation. He was originally dispatched to McCabe’s home before going to recover Michelle’s firearm from Haught’s residence. He is a sniper on the Special Response Team and as part of his training, he learned to shoot through glass. He was also familiar with the firearm Michelle had used.

“It was a double action firearm,” he explained. “In one pull of the trigger, it cocks the hammer, then it strikes the primer to start the chain reaction.”

He said you had to make an effort to pull the trigger.

The only witness for the defense was McCabe, an 11-year veteran of the U.S. Navy.

“I’ve had a lot of weapons over the years,” he said. “I’m very good. I hit what I aim at. I’m a qualified expert sharp shooter.”

He said the night of the confrontation, he had taken Michelle back to his house to call the police, as cell phone service on Dodd Run Road wasn’t good.

“I got a call from Larry that I needed to get out to his place, that Michelle’s husband had showed up,” he said.

McCabe said he was friends with Haught, but had only met Michelle a couple of times. He said when he got to Haught’s home, he saw a black Ford F-250 that appeared to be stuck in the ditch.

“I got out of my vehicle. I didn’t know what was going on. I heard screaming and heard gunshots,” he said. When he saw Michelle, she had a gun in her hand with her arms in the air.

He said in his opinion, if Michelle had shot at the truck, it wouldn’t have gone through the passenger and driver’s windows.

“In my opinion, it would have been the back of the cab,” he said of the bullet hole.

He said he was the person who eventually found the tracking device in Michelle’s car. She had a headlight out and he was fixing it when the device was found.

“It was active in a back quarter panel and was wired into a power adapter,” he said. “I removed it and gave it to her. I did advise her that she needed to take it to the sheriff’s.”

He said in cross-examination by Washington County Assistant Prosecutor David Silwani that he talked to police that night, but no written statement was taken and police never formally questioned him.

In closing arguments, Smith said his client has lived a life that no one would want to live.

“She’s seen and done things that none of us would want to go through,” he said.

He described Richard as a “very controlled individual” who owned all their vehicles, put a camera on his truck and a GPS on her car to keep track of her.

He said Richard left the scene because he didn’t want Michelle waving the gun around and inadvertently shooting it, but that’s what happened.

“If she had wanted to kill him, she could have killed him at any point,” he said.

Silwani and Washington County Prosecutor Nicole Coil both had a chance for closing arguments. Silwani said based on the evidence, Michelle should be found guilty of attempted murder and felonious assault.

As Richard was leaving the scene, she pulled out her gun and pulled the heavy trigger, he said.

He said with her self-defense claims, Richard had been leaving when she shot at him.

“She pursued him outside the trailer, went into the yard as he was leaving, she pulls out the gun and shoots at him as he’s leaving,” Silwani said, noting she did not act in self-defense and violated the duty to retreat.

Coil said there is a saying that you can’t see the forest for the trees.

“I think Mr. Smith has tried to throw as many trees as he could into the forest,” she said.

The camera on the front of Richard’s truck wasn’t working, so it was irrelevant. The defense’s only witness couldn’t keep his story straight, she said.

“These are all red herrings,” Coil added.

She said this wasn’t a one-sided violent marriage, as Michelle videotaped their arguments.

“She was manipulative and in much more control than she’d have you believe,” Coil said, noting Michelle taunted and antagonized Richard.

“Did the defendant act in self-defense?” she said. “She had a duty to leave, but she didn’t. She decided to go down the steps with the gun. She continued to taunt him. She had no reason to leave the trailer.”