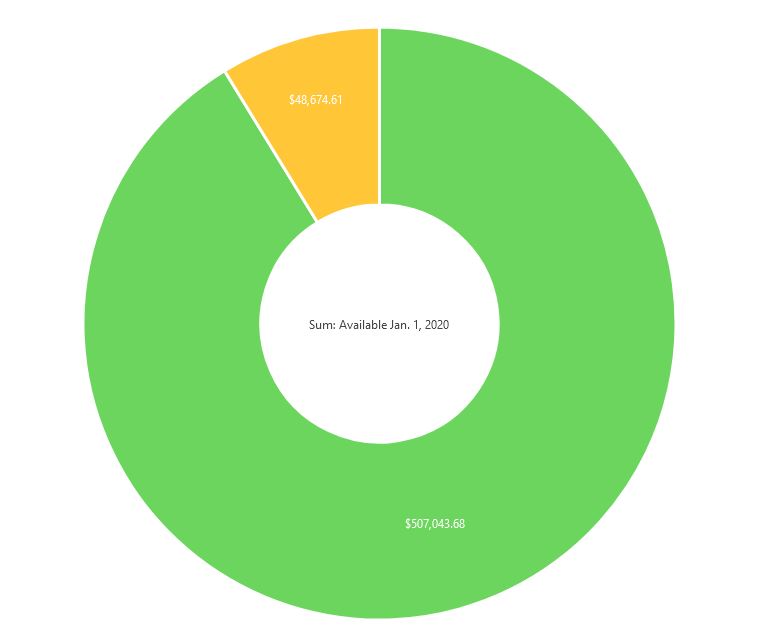 The additional 0.15 percent income tax Marietta residents and those employed within city limits paid in 2019 nearly met the official estimate projected in 2018.

“We got 98 percent of what we thought we would–that’s pretty good for the first year, especially when you don’t know how many businesses will start, or will leave,” said City Auditor Sherri Hess. “And the same goes for residents, we can’t predict who will move into the city and who might retire or move out.”

The city income tax was raised by voters in the 2018 general election on the premise of replacing aged fire trucks and equipment and adding paving funds to the streets budget.

Actual revenues, Hess reported were close to that estimate.

“Now that money was not appropriated with the Jan. 1 (2019) budget because we were looking to first see it come in before making spends,” Hess explained.

If that additional revenue is realized, Hess confirmed, that allows for $1.1 million in spending on equipment this year for the city’s three fire stations.

“But we wanted to be able this year to spend with money we know we have, with revenues we had already received,” said Fire Chief C.W. Durham. “It will be up to council and the new administration to decide between options for either payment schedules or outright purchase.”

The fire department has asked for the mayor’s support of the purchase of three fleet replacements this year with those new funds:

“That’s the updated wishlist,” said Mayor Josh Schlicher. “We’re still talking about what might be better than the car, say perhaps a dual purpose truck that can haul as well as transport people.”

Safety-Service Director Steve Wetz also noted this week his priority to review the state of fire hydrants across the city and begin replacing the most worn and aged in the city stock.

“I’d prefer for our guys to land on scene and easily get those open instead of having to fight to crank them for water,” he said.

Ultimately Marietta City Council would need to be asked to bless any purchase with the income tax funds through both the legislators’ Finance Committee and Police and Fire Committee.

Durham said for the forseeable future, he anticipates needing the tax to continue updating rolling stock of equipment from turnout gear to air packs for the three station teams.

“We do have a perpetual need to replace to stay in compliance,” he noted.

Councilwoman Cassidi Shoaf said she anticipates future legislators (not in the current term) may also need to consider reducing the amount of income tax annually gathered for the fire department.

“But not in this current term or the next,” she explained. “I think there will be plenty of roads still not attended to once we purchase the major equipment the fire department needs, then it would have to go back to the voters if the city were to ask for a switch in proportions.”

Cash available on Jan. 1 from the streets new paving allotment was $48,674.

But Streets Committee Chairwoman Susan Boyer stated both during budget hearings at the close of 2019 and in her first committee meeting of the new term last week, that she intends to reserve those funds to city streets otherwise ineligible for other state and federal grants, rather than as local match leverage for large projects like the Ohio 676-Lancaster Street paving project due this year now that the waterline replacement beneath the state route is complete.

With that direction she called upon both ward councilmen and those serving at-large to submit their most concerning streets for review last week.

Boyer also charged City Engineer Joe Tucker with the next step in remediation for the closure of Grandview Avenue, a tense topic last covered in detail on Nov. 13 during a public meeting held at Norwood United Methodist Church.

An estimate for right-of-way acquisition is expected for review at the joint Streets and Finance Committee meeting on Jan. 29 at 4 p.m. in the second-floor conference room of 304 Putnam St.

• Police and Fire Committee is next scheduled for today at 4 p.m. in the second-floor conference room of 304 Putnam St.

• Streets Committee will be combined with Finance Committee on Jan. 29 at 4 p.m. in the same room.