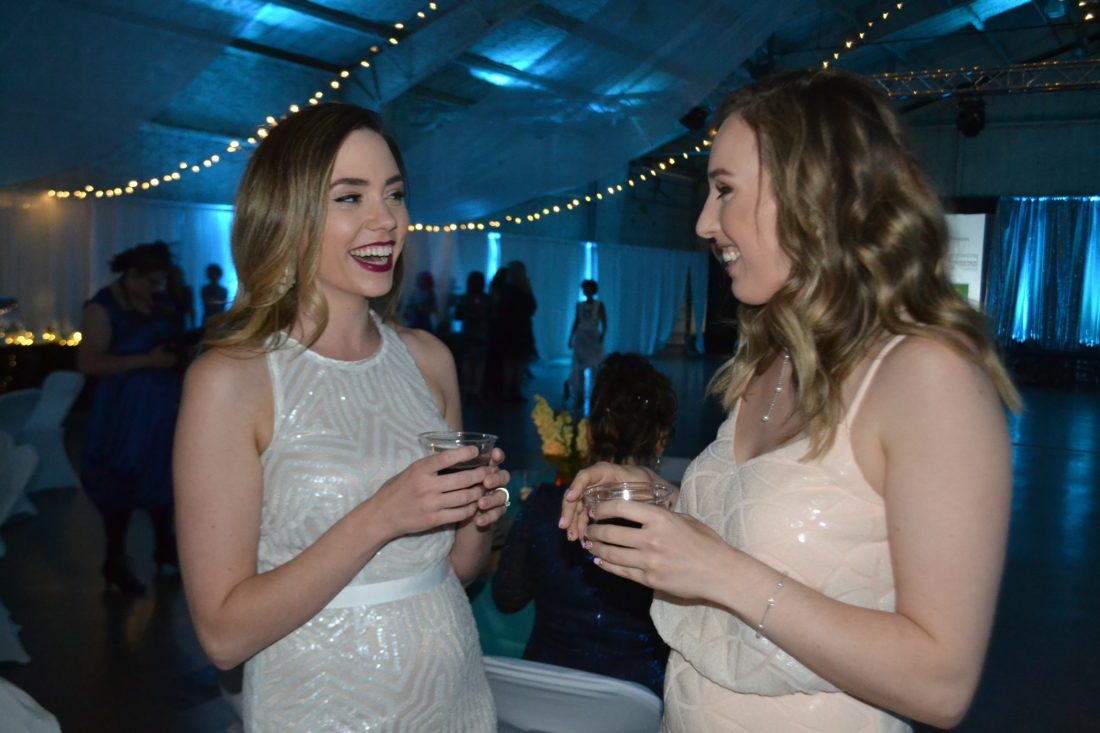 Tickets for this year’s BrAva Mom Prom will go on sale at 7 p.m. Friday, but don’t blink or they could be gone.

“We’ve sold out within minutes, up to an hour,” said Erin Roberts, BrAva vice president. “They’ve gone as quickly as three to five minutes before. I encourage people to put their names on a wait list if they are unable to get a ticket.”

Tickets are $50 per person and 500 tickets will be available through bravamomprom.com.

The event, in its seventh year, will be held from 7 to 11 p.m. April 17 in the junior fair building at the Washington County Fairgrounds.

Roberts said this is the biggest fundraiser for BrAva each year. The nonprofit organization began in 2011 to help in the fight against childhood cancer.

BrAva is named after two local girls who had childhood cancer. Bridget Crock, 12, is from Marietta, while Ava Nichols, 6, of Waterford, passed away in March 2012.

“Since 2011, when BrAva was formed, we’ve been able to give back nearly $300,000 to both local families affected by childhood cancer and to CureSearch, which is focused on research for pediatric cancers,” Roberts said.

She said it’s important to support local families, as they often have to travel to Columbus, Morgantown or Pittsburgh for their child’s treatment.

The BrAva organization has helped more than 30 local families by giving them a monetary donation, Roberts said. The money can be used for travel expenses or to help pay mortgages or utility bills.

The Mom Prom isn’t just for moms. It’s open to all women age 21 and over.

“It’s really great for a ladies night out,” Roberts said. “We crown a Mom Prom queen and honor three or four mothers who have a child fighting childhood cancer. It’s always an emotional part of the night and it reminds people why we are there.”

Women are encouraged to dress in something that makes them feel special, whether it is dressy casual or a formal gown. Heavy hors d’oeuvres will be available from the Marietta Brewing Company and sweets will be donated by Lisa’s Sweet Stop in Beverly, Roberts said.

She said one of the sponsors for the last few years has been Astorg Motors of Parkersburg.

“They usually provide free rides for attendees after the event,” she explained. “We usually have two women from Astorg come to the Mom Prom. They will arrange rides and take ladies to local hotels or take them to all the way to Waterford or Beverly from Marietta in 12 or 14-person vans.”

Lindsey Morgenstern of Whipple said she was on the BrAva committee and her 7-year-old daughter Hailey is a BrAva kid.

She knows firsthand what it’s like to raise a child with cancer. Hailey was diagnosed with Acute Lymphoblastic Leukemia when she was 22 months old.

Morganstern noticed a difference in her daughter just a few days before she was diagnosed.

“She had a limp for about a week,” she explained. “She has three older siblings and we thought she had gotten hurt playing. She got to the point where she wouldn’t stand up in her crib.”

After two and a half years of chemo, she was finished with her treatments on Dec. 30, 2016.

Chemotherapy treatments weren’t the only thing this first grader at Salem-Liberty Elementary School has gone through in her young life.

“She broke her back, broke her femur and spent several weeks in the hospital,” Morgenstern said.

Hailey was almost 3 when she wore a body cast for seven weeks for a broken femur caused by side effects from her chemo treatments.

While Morgenstern and her husband, Nicholas, shuffled Hailey back and forth to Columbus to the hospital, they had to leave their three older children, Braden, 14, Paige, 12, and Raelann, 8, at home with Nicholas’ mother.

“My mother-in-law retired and essentially raised my other three kids,” she said. “She all but lived in our house and took care of them.”

She may have gone through a lot, but Hailey is one of the most adaptable people her mother knows.

“She rolls with the punches,” she said. “She lost her hearing in her left ear and didn’t tell us. We had to have a long talk with her about telling us if something is wrong. That was a hard discussion with a 7-year-old.”

Hailey isn’t the only one locally who has this type of leukemia.

“She was the first of three in the area diagnosed with ALL. They were all born within six-ish weeks of each other at Marietta Memorial,” she said. “A cancer cluster study has been opened on them.”

• Tickets go on sale at 7 p.m. Friday at bravamomprom.com.

• About 500 tickets are available and can sell out in minutes.

• The Mom Prom will be held from 7 to 11 p.m. April 17 in the junior fair building at the Washington County Fairgrounds.