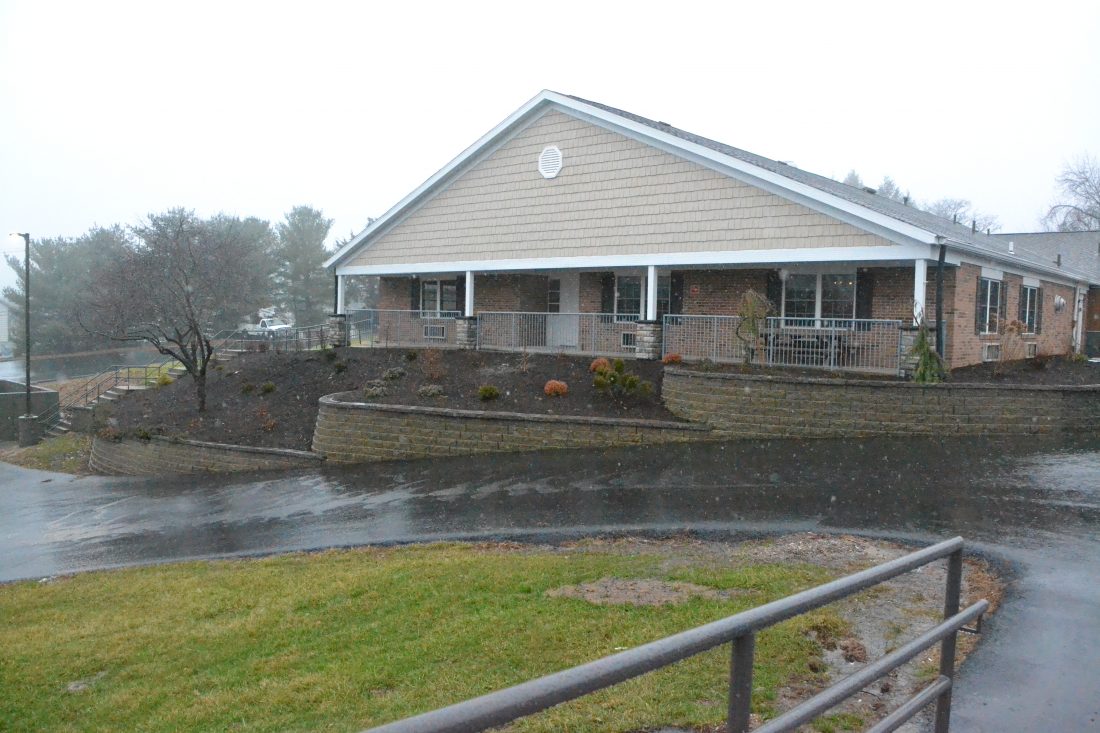 Photo by Michael Kelly Remodeling work on the exterior of Waterview Point Nursing and Rehabilitation Center on Marietta's west side is nearly complete. The complex, previously called Marietta Center, was closed last year and purchased by Foundations Healthcare Solutions. The company expects the center to go into operation April 1.

Fresh landscaping and new stone highlight the remodeled buildings at 117 Bartlett St. The complex, previously called Marietta Center and now renamed Waterview Point Nursing and Rehabilitation Center, sits high on the hill on the city’s west side near Lookout Point.

The nursing home closed with short notice last year, starting the displacement of more than 100 people who were in the facility for short-term and long-term care. It was purchased for just over $1 million by Foundations Healthcare Solutions, a Cleveland-based firm that is now the biggest nursing care and rehab facility operator in the state.

After several months of remodeling and reconfiguration, it’s due to open April 1, a company representative said Friday.

The facility will have 67 private rooms for short-term and long-term care, she said.

“And the building is just beautiful,” she said.

At the time it closed, Marietta Center had 150 beds, and just more than 100 people had to be relocated.

Agency on Aging director Jennifer Westfall at the Buckeye Hills Regional Council said all the residents were moved to appropriate facilities.

“With the closing of the center, some may have relocated to a different area and might want to come back,” she said.

Idone said Foundations had received inquiries from some of those people or their families, who want to come back to Marietta. The facility can accept both Medicare and Medicaid patients, she said, and everyone lodged at Waterview Point will receive a private room. The center, she said, will include a sensory healing garden for residents suffering from dementia.

The center is in the process of hiring administrators now, Idone said. Ultimately, the center will be operated by a staff of about 90 people.

• Renovated buildings will include 67 private rooms for short-term and long-term care.