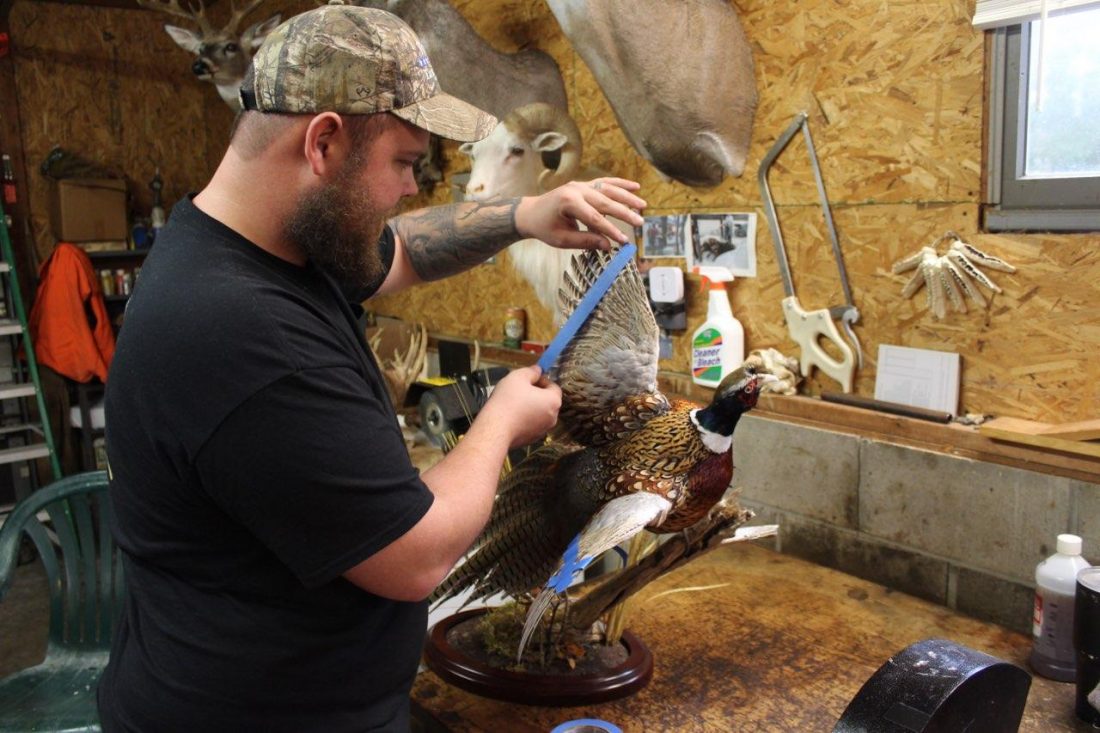 “This season was slightly up statewide for our deer harvest,” said Lindsay Rist, wildlife communications specialist, Ohio Department of Natural Resources. “Most areas were up. Our archery season is one of the longest in the country and counted for almost 50 percent of the harvest. Quite a few out-of-state hunters come for that reason.”

The number of harvested deer this year increased over last year in many nearby counties, including Monroe and Noble. Monroe was up 190 deer to 2,472 this year, while Noble was up five deer to 2,914.

Morgan County was one of the counties that decreased, by 20 deer, down from 2,940 last year.

Todd Schweitzer, owner of Todd’s Taxidermy in Whipple, said he’s had a busy season so far.

“We did pretty good clientele,” he said. “We’ve had quite a few deer. Guys have come all the way from Zanesville and St. Clairsville (with their deer).”

Schweitzer, who has been a taxidermist for almost eight years, said he sees an increase of deer brought in by approximately 30 percent every year.

Deer hunting season started at the end of September and ran through Feb. 2. Last year, a total of 172,670 deer were harvested.

Rist said she wasn’t sure exactly why the numbers of deer harvested has increased.

“Our historic license sale is on a downward trend for people participating in outdoor recreation,” she explained. “And not just in Ohio, but we’re seeing it in other states as well.”

She said the increase in harvested deer could be the result of many different factors.

“Every year, we analyze the hunter data and make proposals for all seasons,” Rist said. “We try to determine allowable harvests for each part of the state. We have population goals for those areas.”