Nuance and precision in differing definitions between state agencies that oversee the regulation of addiction treatment are raising concerns for local government officials this week.

City Law Director Paul Bertram said he was not only not notified of the chemical treatment licensure Oriana House Inc. obtained for distribution of schedule I-V drugs at 812 Third St., but also was alarmed to learn that an opioid treatment program is licensed to distribute an unlimited number of daily methadone and other such medically-assisted addiction treatment drugs in the Lafayette Shopping Center.

The latter licensure was issued to BayMark Health Services of Ohio, Inc., a for-profit addiction treatment company with 13 other associated operations across Ohio under various registered names through the Ohio Secretary of State office, on Aug. 28, 2019.

“(BayMark was) told before then that they were not allowed to go in there,” said Bertram. “It’s not the proper zoning, like with Oriana.”

Both licenses to distribute were issued by the Ohio Board of Pharmacy in 2019.

Cameron McNamee, director of policy and communications for the state pharmacy board, explained Wednesday that his state agency does not review local zoning laws before issuing licensure, noting the agency strictly inspects security requirements and the prevention measures for diversion of scheduled drugs.

“We don’t get involved in local zoning ordinances,” he said. “The lesson we learned with pain management clinics which basically became pill mills 2.0, is to limit the number of people in the office who have access.”

The Lafayette location was licensed for 470-476 Pike St. in the former Edward Jones office occupied most recently by the financial advisor Kim Luft.

A sign on the window of the office Thursday noted Luft’s move from the location on Jan. 22 of this year to Second Street.

But the Southeast Ohio Building Department confirmed Thursday that no construction or other renovation permits have been issued for the location since 2018 and a sign in the Lafayette window indicates that the space is still available for rent.

However, the nuances of differing definitions between regulating agencies still cause pause.

McNamee said the contrasting licensure types issued by the board of pharmacy between the Lafayette location and Oriana’s occupancy of the former Woman’s Home have to do with the number of patients provided with the scheduled drug medication.

“Opioid treatment programs are governed both at the federal and state level… an OTP clinic can treat a larger amount of patients,” he summarized.

But the definition of an opioid treatment program as designated by Ohio Administrative Code Chapter 5122-40, which includes drug administration as a medical assistance to withdrawal, is not the definition to which the state board of pharmacy adheres.

“That’s the OMHAS definition,” said McNamee, referring to a separate governing agency– the Ohio Department of Mental Health and Addiction Services– which is also a part of the regulatory review over addiction treatment. “We are strictly using the federal definition.”

1. A license to distribute stock medication as an OTP, by the state pharmacy board.

3. Certification by OMHAS to run the program.

“They’re basically methadone one-stop shops (where) the doctor sees you and then they can provide the drugs there without having to send off a script to a pharmacy,” McNamee detailed. “But now that there (are) suboxone-only clinics, the term changed (last year in June).”

The distribution licensure Oriana House Inc. has for its residential treatment facility and detox clinic at 812 Third St., McNamee explained, is a more limited license.

“There are a limited number of waivers (for prior prescriptions), and there’s a patient limit with a chemical treatment license,” he said. “When it comes to chemical treatment, we’ve seen a lot more places open up as a detox center (where) a nurse stabilized them and gets them on a scheduled medication to treat withdrawal. It’s more for someone in crisis.”

“Under our license with OMHAS (they) specifically told us that law will not apply to (our) operations at that facility,” said Rochford.

Public records requests have been made for both the application documents of Oriana House and BayMark to the state board of pharmacy and for the documentation Rochford noted from OMHAS delineating which laws apply to Third Street.

Rochford said the nonprofit obtained the chemical treatment licensure from the state board of pharmacy to more efficiently treat detox clients who drop in after regular business hours to the Third Street facility.

He noted that since the facility began taking patients in March 2019, it has offered the medical supervision of active withdrawal from opioids, benzodiazepines and alcohol.

“We were doing that on a limited basis because we weren’t able to keep stock meds at the facility,” Rochford said. “We had limited admission times when we had a nurse practitioner there.”

By adding the chemical treatment licensure, the time limit for when a person could be immediately treated was lifted in October when the board of pharmacy license was issued.

“We’ve not done anything different than what we have been asked to do by the (Washington County Behavioral Health Board) or that we told the parents (of St. Mary’s Catholic School),” Rochford concluded.

• While an Opioid Treatment Program license was granted to BayMark Health Services of Ohio, Inc. for 470-476 Pike St. in August 2019, no active clinic is operating in the Lafayette Center location.

• The City of Marietta v. Oriana House Inc. and The Woman’s Home concerning alleged zoning violations for the operation of a residential treatment center and detox clinic at 812 Third St. is not yet scheduled for oral arguments before the Fourth District Court of Appeals. 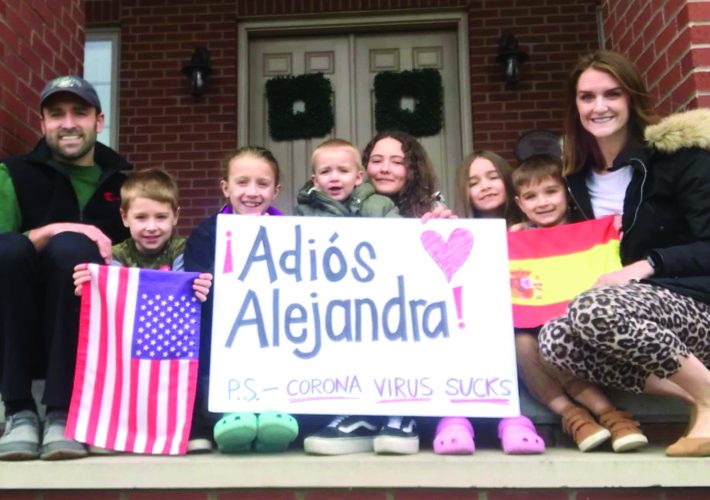 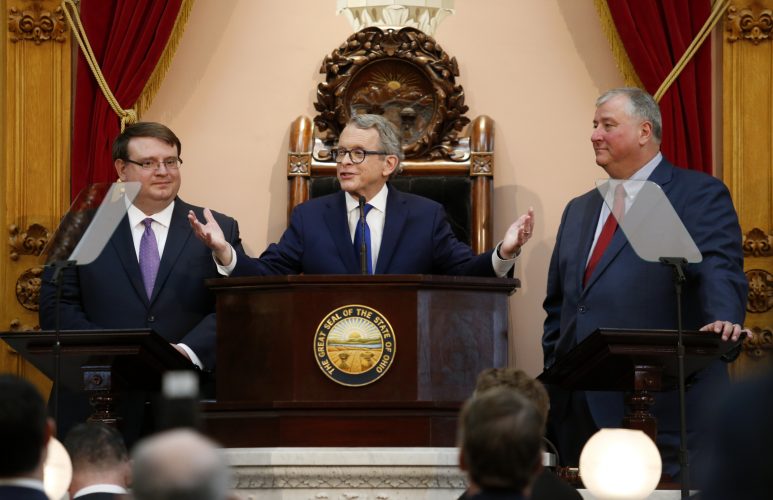