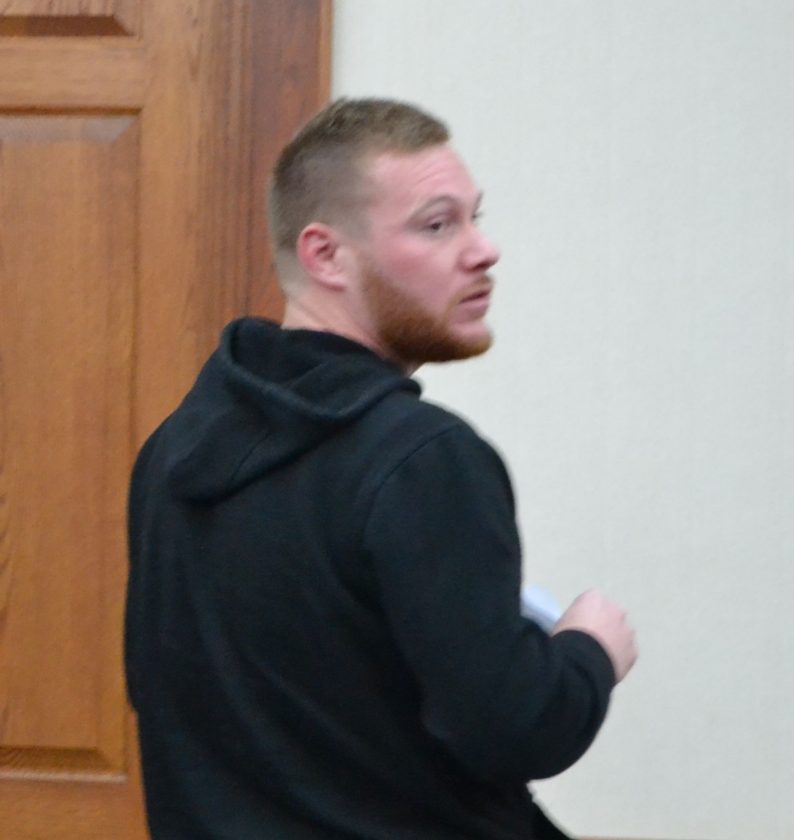 Photo by Michele Newbanks Thomas Dearth was sentenced Thursday morning at the Washington County Courthouse to 90 days in jail for aggravated possession of heroin.

A 28-year-old Marietta man was sentenced to 90 days in the Washington County Jail Thursday for aggravated possession of heroin.

He did not make a statement in his own defense.

Along with the 90 days in jail, he received a year of community control. He was booked and released Thursday morning and must report to the Washington County Jail on May 29.

“Another thing I would certainly encourage you to do is remain in contact with your attorney until May 29, depending on the effects of the coronavirus, we may not be putting anybody in on May 29,” said Washington County Common Pleas Judge Randall Burnworth.

Cash which Dearth had during the arrest was subject to forfeit, as it was used in committing the crime.

Neither the state nor Dearth’s attorney, Beau Cross, asked for a minimum or maximum sentence.

• Thomas Dearth, 28, of Marietta, received a 90-day jail sentence for one count of aggravated possession of heroin, a fourth-degree felony.

•He pleaded guilty on Feb. 24 to the charge.

•He was indicted on aggravated possession and aggravated trafficking of heroin in November.